Posted on November 12, 2012 by Jim Sannes Leave a comment 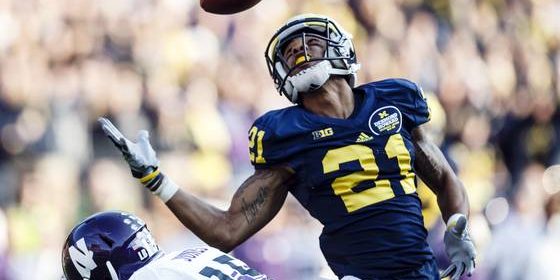 Things worse than Northwestern’s loss to Michigan on Saturday: 1) The cancellation of Blue’s Clues, 2) the movie Birdemic: Shock and Terror, and 3) seeing Betty White naked. There’s your perspective, Northwestern fans. It could be a lot worse. That being said, Saturday was the most painful moment of my Northwestern Wildcat fandom. But, it’s not all bad. Sure, the ‘Cats lost a shot at the Big Ten Championship game or the Capital One Bowl, but, again, they were in position to beat a very good Michigan team in The Big House. They outplayed the Wolverines, but couldn’t quite come up with the victory. Just forget the last 18 seconds happened… in case you can’t, this video should help you on the road to recovery.

It seems like a broken record here, but Mark just doesn’t have bad games. Mark’s 104-yard rushing performance was his seventh 100-plus yard rushing day of the season and fourth game in a row. The ‘Cats controlled the ball for 21 minutes and 12 seconds in the second half (compared to eight minutes and 48 seconds for Michigan), and this was mostly due to the potent ground game. Mark’s rushing touchdown was his tenth of the season, and, as we noted two weeks ago, this made him and Kain Colter the first Wildcat teammates ever with 10 or more rushing touchdowns in the same season. LAWD HAVE MERCY, I AM IN LOVE. The ‘Cats also finally got Mark some space on kick returns, too, as Mark had one touchdown called back and averaged 31.5 yards per return on four others. I am making it my new life goal to sing “Guy Love” from Scrubs to Venric. Just once. That’s all I ask.

After having a few off games in a row, it was nice to see Siemian regain his confidence against the best passing defense in the Big Ten. Although Siemian was only in on 10 plays Saturday, he made the most of them. Siemian led the ‘Cats on two touchdown drives, one at the end of the first half, and the other the go-ahead touchdown late in the fourth after Colter injured his ankle. Obviously, I still think that Colter gives the team the best chance to win, but I do think that giving Siemian three or four series per game is aggregately positive for the offense. That said, I’m not trying to tell Coach Fitz and Mick McCall how to run their team… promise… don’t hurt me… I take it back.

How does nobody ever talk about this guy as being one of the best players on the defense? Proby now ranks fourth in the Big Ten in tackles after recording nine against Michigan on Saturday. He has recorded 10 or more tackles five times this season including 16 against Penn State. Proby is often overshadowed by his colleagues David Nwabuisi and Chi Chi Ariguzo because of their propensity for the big play, but Proby’s ability to fill gaps and finish a play is wildly underrated. Despite losing Nwabuisi after this year, the linebacking core will still be a strength of this team with Proby and Ariguzo back and Collin Ellis ready to step in to fill Nwabuisi’s role. I promise, I’ll stop getting new man-crushes soon… just kidding, that’ll never happen. I have a problem.

17.9: Yards per completion by Devin Gardner.

VanHoose come back… you can blame it alllll onnnn meeeee. I was wrong, and I just can’t live without you, Nick. After the defensive backs were adequate against Iowa, they took a significant step backward against the Wolverines. They had their good moments (Dugar interception), but they were out-numbered by the times they struggled. I just can’t understand what happened on the long pass to Roundtree at the end of the game. Was it a blown coverage that allowed him to get one-on-one deep? It just doesn’t make any sense. Again, though, I’m an idiot, and the coaches know the players/schemes better than I do… I’m just saying I would have considered a different approach. If VanHoose can’t play against Michigan State, the ‘Cats can still get the win, but it will in no way be easy.

1/5: The ‘Cats converted on one of their five third down attempts in the fourth quarter and overtime.

“GO AWAY, FOURTH QUARTER. NOBODY LIKES YOU.”

Unfortunately for little Johnny Wildcat, Fourth Quarter would go on to become the CEO of football fortune and come back to bite Johnny Wildcat in the hiney every freaking week. Seriously, who did the founding fathers of Northwestern tick off to make this happen? Do we need to sacrifice a stuffed Willie doll to the football gods? I’LL DO IT… I’M ON THE EDGE!!!! Okay, no more caffeine for me. The inability to convert (both offensively and defensively) when it matters most is becoming so commonplace that it’s laughable at this point… quite literally, actually. WNUR Sports Online Content Director Sammy Levitt started laughing when Roundtree caught the ball at the end of regulation. I’m just going to stop watching after the third quarter from now on so I don’t end up sucking my thumb in the fetal position again.

75: The ‘Cats committed eight penalties and were penalized 75 yards.

When Venric Mark returned a kick-off for a touchdown on Saturday, one of the people at the Buffalo Wild Wings where I was watching the game lifted up a chair, head-butted it, and started bleeding in celebration. That’s dedication. Much to this man’s dismay, the touchdown was called back because of a holding call. At the end of the game, Daniel Jones could have intentionally interfered with Roundtree, drawn a 15-yard penalty, and maybe the outcome of the game would have been different (although the play Jones did make was ridiculously sweet… he just had terrible luck). The circumstances in which these penalties did/did not occur killed Northwestern, and they need to develop better situational awareness to get this team over the top.

Recap: I <3 Venric, #TrevorTime, Proby is kewl, I miss VanHoose, I kill stuffed animals, and you shouldn’t head-butt a chair in public. I’m sure you feel much smarter after reading this. In case you don’t, the video below should make you feel a lot better about yourself. It’s what I’m here for.