Posted on December 5, 2012 by WNUR Sports Leave a comment 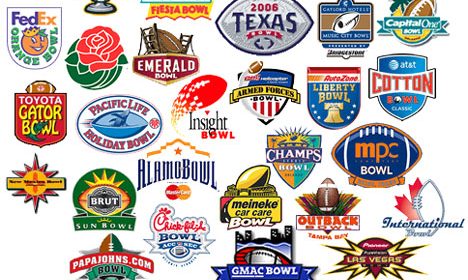 In this week’s edition of B1G Ten Ballin’, Greg Mroz gives an analysis and a prediction of each of the Big Ten’s bowl games.

Remember how I said last week was the last edition of Gridiron Squad? Well, I was wrong, because its bowl season, and who doesn’t want early bowl analysis? I know personally that I will read every single bowl from every possible angle until I know what is what. Since Jim already took a big analysis of the Gator Bowl, I am going to analyze every other Big Ten Bowl, and give my prediction for each. Beware Big Ten fans, you aren’t going to like what you see.

Rose Bowl: Wisconsin vs Stanford
Some may say that I am not qualified to make a judgment on this game because of my strong bias towards Stanford. Yet, I disagree, and I know that this game is going to be a battle in the trenches, because both teams rely heavy on their ground attack. By god have you seen some of Stanford’s power run formations? They are like the coolest thing ever! The bottom line is this: Wisconsin has a great run game, a poor passing game and an alright defense, but they lost four games (five total games) in a weak conference. Stanford has a great run game, an average passing game, and the best run defense in the country, while losing only 1 conference game and suffering a heartbreak on a pouring afternoon in South Bend. Wisconsin has lost their last two Rose Bowls, so is the third time a charm for the Badgers? With Bret Bielema more than likely not going to coach the bowl game, the chances are slim. Stanford last appeared in the Rose Bowl in 2000 against the Badgers, and after a 17 to 9 loss, and thirteen years later, they will get their revenge. Winner: Stanford

Capital One Bowl: Nebraska vs Georgia
This is a matchup nobody thought was going to happen after the debacle that was the Big Ten championship game. Nebraska got blown out by a five loss Wisconsin team, and was blown out in last year’s Capital One Bowl by South Carolina. Most expected Northwestern to leapfrog the Cornhuskers into this slot, but it was not to be, as the Big Ten conference pressured Capital One Bowl officials to take Nebraska. Regardless of who represented the Big Ten here, the opponent represents a huge challenge. Georgia’s Aaron Murray is probably the best throwing quarterback in the SEC, and the Bulldogs have two running backs averaging over 6.3 yards per carry. Nebraska’s run defense has more holes than a block of Swiss cheese, and because of that, expect the Bulldogs to mark their territory in Orlando. Winner: Georgia

Outback Bowl: Michigan vs South Carolina
There is a lot of intrigue in this matchup. People look at Michigan at 8-4 and say “Wow, what a let down” for a team that won 11 games and last year’s Sugar Bowl. Well, three of Michigan’s four losses came to the top three teams in the final AP poll (Notre Dame, Alabama, and Ohio State) and the fourth was against Nebraska. South Carolina is without Marcus Lattimore, but they still have one of the best defensive ends in the country in Jadaveon Clowney. So who wins? Well, Michigan has a great history in the Outback Bowl, having beaten Florida there in 2003. Plus, its hard to imagine Denard Robinson ending his collegiate career with anything but a spectacular performance. Winner: Michigan

Buffalo Wild Wings Bowl: Michigan State vs TCU
This is a game that matches two recent powerhouses having very down years. TCU’s quarterback left the team due to a drug problem and Michigan State has a downright pitiful offense. TCU has had a very strong defense under Gary Patterson, and this is a team that played Oklahoma very tough last week. Le’Veon Bell is also strong, and if he gets the opportunity, Dion Sims can cause havoc as a run blocker and a receiver. At the end of the day, the more complete team is going to win out, and that team lies in East Lansing. Winner: Michigan State

Meineke Car Care Bowl of Texas: Minnesota vs Texas Tech
Minnesota barely won six games in a very weak conference, beating the likes of Purdue, Illinois, Syracuse, UNLV, Western Michigan, and New Hampshire. Texas Tech hasn’t played well against the likes of the Big 12’s best, but they have shown they can generate a lot of offense. This game is also being played in Texas, so the crowd will be overwhelmingly Red Raider fans. Does Minnesota have a chance? Yes, but that’s about it. Winner: Texas Tech

Heart of Dallas Bowl: Purdue vs Oklahoma State
How did the Cowboys fall this far? They lost 5 games, but three of those losses were to ranked opponents. Mark Gundy’s group isn’t as good as they have been in years past, but they will beat the living daylights out of a Purdue team that was flat out awful this year and fired their coach before the bowl game. Winner: Oklahoma State

Not including the Gator Bowl, the Big Ten will go 2-4 in bowl games this year. Seems about right if you ask me.