Posted on December 29, 2012 by Jim Sannes Leave a comment 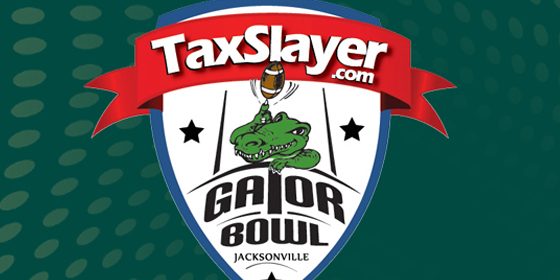 The WNUR Sports staff will be chronicling their trip to Jacksonville for the Taxslayer.com Gator Bowl and providing their insights on the matchup between the Northwestern University Wildcats and the Mississippi State University Bulldogs.

THE SUN. IT EXISTS! Don’t get me wrong… I love Minnesota, and I love snow, but this the temperature in Jacksonville is 54 degrees warmer than it was when I left my hometown of Kasson yesterday.

We departed Evanston this morning at around 8:00 (in the company of the band, cheerleaders and others) and arrived in Jacksonville just after 1:00 eastern time. The team hotel (the Omni Hotel in Jacksonville) has been decked out in purple, as shown to the right in the lobby. It’s all purple errrrything.

In each of these posts leading up to Tuesday’s game, we will focus on one aspect of the game that could decide who takes home the hardware. Today, we’ll take a look at the third down offense for both teams.

The ‘Cats rank 32nd in the nation, converting on 45.2 percent of their third down attempts this season. This was the lowest they have been ranked in this category since 2007 as they finished no lower than 19th from 2007-2011.

On third and short, the ‘Cats (understandably) rely heavily on Kain Colter. On 3rd or 4th and short (two yards to the first down or less), Colter has carried the ball a team-high 16 times for 56 yards and four touchdowns. With Colter in the game on third or fourth and short, the ‘Cats have not attempted a single pass the entire season.

In the same situation, Venric Mark has the second most carries with 10 for a total of 37 yards, and Mike Trumpy has five carries for 15 yards.

On third or fourth and short, the ‘Cats have only thrown the ball five times, all five by Trevor Siemian. Siemian has found success, completing four of those five passes for 27 yards, picking up the first on all four completions.

Tony Jones leads all receivers with eight catches for 111 yards, followed by Christian Jones with seven catches for 98 yards.

While the ‘Cats may have had a disappointing year on third down in comparison to past performances, they still outshined the Bulldogs by a large margin. Mississippi State finished the year 88th in the nation, converting 36.6 percent of the time.

On third down, quarterback Tyler Russell has a completion percentage of 50.5 with nine touchdowns, three interceptions, and 6.21 yards per attempt. The junior has also been sacked five times this year on third down.

Similar to Northwestern, the Bulldogs generally opt to run on third and short. In third and less than two yards, Russell has attempted only three passes, completing none of them, including one interception.

The Bulldogs’ best weapon on third down is, not surprisingly, receiver Chad Bumphis. On third down, Bumphis has nine receptions for 149 yards and four of his 12 touchdowns. Bumphis is the Mississippi State career record holder for touchdowns (24) and yards (2,252).