What If? Out of Left Field

Posted on April 24, 2013 by Cameron Songer Leave a comment 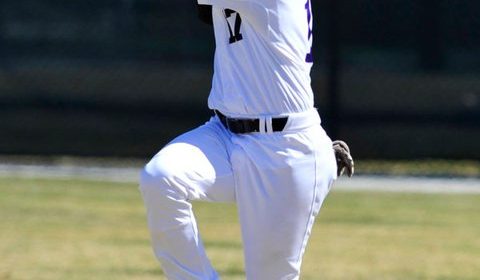 Inspired by Northwestern’s game at Wrigley Field, WNUR Sports Online Content Director Cameron Songer (@CameronSonger) imagines a world where college baseball is king in this week’s What If.

June 22, 2029
OMAHA, Neb.- In the most-watched college baseball game in the history of the sport, the Northwestern Wildcats defeated the Texas Longhorns yesterday, 6-4, to claim the school’s second consecutive NCAA baseball title. At this point, it’s safe to say that the Wildcats lead the way in a new era of college sports.

This result surprised few experts in the media. Northwestern was ranked #1 in the AP Poll for most of the season. Attendance at home games in Northwestern’s Schapiro Dome frequently outnumbered that of the Chicago Cubs, who have not been to the playoffs since their World Series appearance in 2020.

Northwestern head baseball coach Trevor Stevens, in his sixth season at the helm for the Wildcats, deflects much of the praise he receives for building a baseball dynasty in Evanston. “So much of the credit goes to the administration at Northwestern for their foresight and actions after the changes to the NCAA eight years ago.”

In the summer of 2021, in the wake of an enormous pay-for-play and point-shaving scandal, the NCAA announced that it would no longer sanction college football. A similar scandal brought the end of men’s college basketball in 2024.

“The NCAA at the end of the 2010’s was just a mess,” explained ESPN anchor Darren Rovell. “Everyone knew that the players were getting paid at some schools but not others. It made some football and basketball games a joke.”

During this time of upheaval and questions, Northwestern University, a perennial outsider in the world of college sports, saw an opportunity to leap ahead of its peers.

“There was definitely a niche growing for baseball in the late 2010’s,” said Stevens. “Fans knew that baseball players who chose to go to college had a choice about going pro after high school, but chose to remain amateurs for a variety of reasons. I think that notion really struck a chord with a lot of sports fans.”

When NCAA football ceased to exist, many schools were left with colossal stadiums and no teams to fill them. Sensing that college baseball would be the next big thing, Stevens convinced the Northwestern administration to approve construction on Ryan Field to convert it to a baseball-only facility. The detail that pushed it over the top came from then-president Morton Schapiro.

“I thought, ‘it gets really cold in Chicago in the spring,’” said Schapiro. “Why not put a roof on the stadium and make the first domed college baseball stadium? That would impress recruits.”

The measure was approved, and the university was able to finance the ambitious project with help from its nation-wide alumni base and a small contribution from the school’s multi-billion dollar endowment.

The 42,000-seat domed stadium opened in the Fall 2023 and was named after the school’s president who made it all possible. The period between 2023 and 2027 was a rocky one for Northwestern baseball and college sports in general.

“It takes more than a shiny new stadium to build a championship baseball team,” said Stevens.” “But we were on track. Playing home games in a dome cancels out the cold weather up here, so we were able to recruit more kids who were from warmer climates. Those first two recruiting classes after we opened the new stadium were some of the best we’ve ever had at Northwestern.” Northwestern’s process of building a baseball powerhouse reflected the shifting landscape of college sports for most of the decade. The two agents with the greatest potential for change, the NFL and NBA, kept their existing rules about draft eligibility.

“The world of college sports right now is so different from the sports world of 2013 or 2014,” said Rovell. “A lot of major college towns still have football and basketball teams, but they aren’t all fully associated with the universities anymore. Those few athletes who have real NFL or NBA potential play in what’s basically a minor league system across the country. They get paid and they don’t have to create the appearance of going to class anymore.”

At first, most colleges and universities supported a team that used the facilities, even though they couldn’t use the traditional school nickname due to NCAA licenses. When players from the smaller programs couldn’t get drafted and didn’t get a college education, there was pressure for the system to shrink. By Fall 2027, the current system of about 40 towns hosted barnstorming football and basketball teams, which paid their players and organized games independently of the universities.

The major revenue sports for colleges are now women’s basketball and baseball. Softball has also increased tremendously in popularity in the past decade. “Kids in the past five years or so are living in a world so unique in the history of college sports,” said Stevens. “Now, unless you’re a top prospect in football or basketball, your best bet is to go to college, and the most prestigious sport is now college baseball. The level of play and athleticism in baseball has gone up a ton as more high school kids are choosing baseball over basketball or football.”

Recruiting is no longer a problem for Northwestern’s baseball team, which boasts a top program and a reputation for strong academics. Top high school baseball prospects who choose college over the minor leagues and a quick paycheck are already saying that getting a degree is important.

“I’m so proud of this team for our recent success,” said Stevens. “With the way we have prospective student-athletes lining up to play for us, I’d say we’ll continue to be good for years to come.”