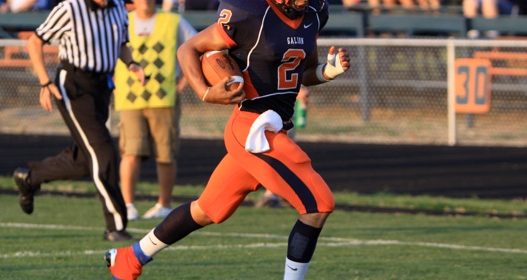 WNUR Sports Director Joe Misulonas (@jmisulonas) looks at Northwestern football’s recruiting class of 2014 and how the Wildcats have drastically improved their recruiting success. In my column from February 8th, I expressed my disappointment with the Northwestern Recruiting Class of 2013. The Wildcats recruiting class ranked 51st in the nation this year, even though the team finished 17th in the AP final Top 25 poll.

I argued the traditional excuses for why Northwestern’s recruiting classes aren’t better, mainly that Northwestern holds higher academic standards than other programs, weren’t valid as other schools of similar standards (Stanford, for one) pull in far better recruits.

I finished the column saying, “If we don’t demand that same level of improvement from the football team’s recruiting efforts, then it won’t matter how much superficial improvement we do, the team will never be the type of team we want them to be. If Ohio State and Michigan are recruiting top-ten recruiting classes, Northwestern can never hope to contend.”

Pat Fitzgerald must have read my column because the recruiting class of 2014 is shaping up to be the best one in Northwestern history. In the past week and a half, three high-profile recruits committed to Northwestern. Auston Anderson, a three-star running back who runs a 4.4 40 yard dash, chose Northwestern over his home state Texas Longhorns. Athlete Dareian Watkins became the second four-star recruit to join the Wildcats’ class of 2014, alongside Wheaton North QB Clayton Thorson. And three-star offensive lineman Tommy Doles from Grand Rapids, MI, (and former teammate of WNUR staffer Tralon Williams) committed to Northwestern on May 3rd.

Granted, National Signing Day isn’t until February, and a lot can change. Some of these recruits may de-commit and choose other schools, or play underwhelming senior campaigns and drop in their star rankings. But so far, the concerns I raised in February have been alleviated by the coaching staff.

My primary worry was if Northwestern continues to bring in lowly-ranked recruiting classes, can the program build upon last year’s season? Can a team stay in the top 25 in the nation and compete for Big Ten Championships with recruiting classes ranked 50th in the nation? My feeling was (and still is) Northwestern needs to recruit better to strengthen the program. From what I’ve seen this spring, Fitzgerald and the assistant coaches recognize the same problem and have worked tirelessly to address it.

On The SportsVoice this past Sunday, Teddy Greenstein from the Chicago Tribune said the new practice field was a major talking point in snagging this year’s recruits. A lakeside, state-of-the-art facility is the type of attraction Northwestern’s football team lacked in previous seasons.

Northwestern’s improvement as a program doesn’t hurt either. With a 10-win season, two wins over SEC opponents including in a bowl game, a second place finish in the Big Ten behind Nebraska (well, third if you count Ohio State), last season was the best in school history. And with Pat Fitzgerald locked in as head coach for the foreseeable future, Northwestern looks to be on the cusp of becoming a continual high-performing program.

I hit the nail on the head in February. Northwestern’s higher academic standards cannot be an excuse for underwhelming recruiting classes. Our classes should reflect the product on the field. And I hate the argument which says, “Well, we recruit for our system.” Good football players can fit any system, and any good system can accommodate good football players. This spring, Northwestern proved it can recruit as well as anyone, academic standards be damned. I wanted the program to step up its game in the offseason, and this spring they have.

This year’s recruiting class has been stellar, but the coaching staff can keep pushing. Grab some more three- or four-star recruits and replenish this program with a fearsome recruiting class which the Big Ten will have to take seriously.