Posted on November 30, 2013 by WNUR Sports Leave a comment 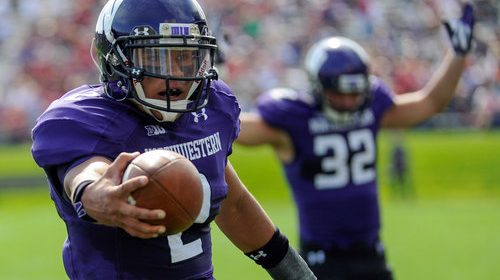 Saturday’s game against Illinois will mark the final contest for this year’s class of Northwestern seniors. Despite this year’s disappointment, the class does boast several players high up on the program’s record charts. Three of them – Kain Colter, Tyler Scott and Jeff Budzien – reflect on their Wildcat careers with WNUR’s Jim Sannes and Ryan Fish. Budzien also addresses the #Budzien4Heisman movement and his prospects as a running back.