Then and Now Preview: Indiana Part 2

Posted on February 22, 2014 by WNUR Sports Leave a comment 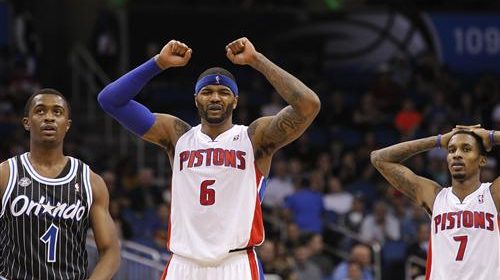 WNUR’s Michael Stern (@MichaelJStern23) previews Northwestern’s opponent- the Indiana Hoosiers- by looking back a decade at the team’s history.

Northwestern looks to snap a four-game losing streak Saturday night when the Indiana Hoosiers visit Welsh-Ryan Arena. I’ve already written a then and now preview about how Tom Crean built the Hoosiers into contenders, so for the Wildcats’ second game against Indiana, I’ve decided to take a look at the Hoosiers’ 2004 recruiting class. Why 2004? Well, then-Indiana head coach Mike Davis had recruited the fourth-best class in the country to Bloomington according to rivals.com, but when his key commit declared for the NBA Draft out of high school, things started going downhill for the Hoosiers.

This key commit was Josh Smith.

That’s right, the same Josh Smith who is currently a forward for the Detroit Pistons after several years with the Atlanta Hawks committed to play college basketball at Indiana. Smith was rivals’ third-best player in the class of 2004. The Georgia native played his high school hoops at Oak Hill Academy in Virginia and chose the Hoosiers over Alabama, Florida, Florida State, Georgia, and Georgia Tech. A couple other things to think about before we talk about the rest of Indiana’s 2004 recruiting class: first, how Josh Smith could have been on those Florida teams with Joakim Noah, Al Horford, and Corey Brewer, and secondly, how Josh Smith could have played at Georgia Tech with Anthony Morrow and Jarrett Jack. Josh Smith, now with the Detroit Pistons, initially signed to play for the Hoosiers, but ultimately went straight to the NBA from high school.

But back to Indiana and 2004. Along with Smith, Davis recruited fellow five-star recruit DJ White and four-star recruits Robert Vaden, James Hardy, and AJ Ratliff to Bloomington. This could have been a dynasty. What happened?

The Hoosiers finished the 2004-2005 season at 15-14. Hardy barely played and averaged 1.7 points per game. Following the season, he quit the team to focus on football, as he was a Freshman All-American wide receiver on Indiana’s football team. Ratliff was slow to develop and averaged only 5.8 points per game in his freshman season. Vaden played well, averaging 10 points a game, but was not terrific. White was the best of the four freshmen by far, averaging 13 points a game and winning Big Ten Freshman of the Year.

The 2005-2006 season was the last of the Mike Davis era at Indiana. The Hoosiers were better, finishing 19-12 and reaching the second round of the NCAA Tournament, but they weren’t good enough to save Davis’ job. White played in only five games his sophomore season due to a foot injury, Ratliff’s output decreased to 3.5 points a night, and Vaden improved slightly to 13.5 points a game. After the 2005-2006 season, things got really interesting.

Davis was hired as the head coach of UAB shortly after he was let go by Indiana. Vaden decided to follow his coach to Birmingham, and transferred from Indiana. Vaden played two seasons at UAB, was a late second round draft pick in 2009, and is currently playing internationally. Vaden’s departure left only two players in what was the fourth-ranked recruiting class in the country two off-seasons earlier.

Ratliff and White led the Hoosiers back to the second-round of the tournament in 2006-2007, before the addition of star recruit Eric Gordon raised expectations and lowered Ratliff’s playing time before the 2007-2008 season. In 2007-2008, White averaged 17 and 10, won Big Ten player of the year, and teamed with Gordon to lead the Hoosiers to 25 wins. Late in the season, new Hoosier coach Kelvin Sampson was forced to resign after reports surfaced about wrongdoings during Gordon’s recruitment. This led to intense penalties and the hiring of Tom Crean.

As for White, the only superstar left in the 2004 mega-recruiting class after four seasons? He was drafted at the end of the 2008 first round, but his biggest claim to NBA fame so far is being acquired by Brooklyn along with Kevin Garnett, Paul Pierce, and Jason Terry in last off-season’s megadeal. White is now playing internationally.