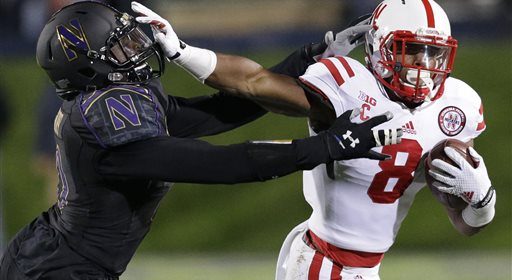 Sitting at 3-4 on the bye week, it’s been a very inconsistent and up and down season for the Wildcats. Northwestern lost its first two at home, to California and Northern Illinois, two teams they probably should have beaten, and could have beaten, if they’d played better. Then they eked out a win over FCS opponent Western Illinois, all while getting outgained at Ryan Field. In a stunning turn of events, Northwestern then proceeded to thrash Penn State on the road, and upset No. 17 Wisconsin at home in the Yom Kippur Miracle. But things went downhill from there as the ‘Cats lost at Minnesota to the Golden Gophers and then were unable to muster any second half offense against Nebraska, and blew another homecoming game. Now, the ‘Cats head to Iowa City this Saturday to take on the Hawkeyes. With just five games left, Northwestern needs to win three of five in order to make a bowl game, and while Iowa isn’t a must win game, the ‘Cats could sure use a victory before Michigan comes to Evanston. So let’s take a look at the numbers that have defined the Northwestern Wildcats season so far.

If there’s one player who’s been consistently good week in and week out for the Wildcats, it’s freshman running back Justin Jackson. The ‘Cats had to replace Venric Mark, who transferred to West Texas A&M, but Jackson has stepped right in as the lead back and rushed for 630 yards and four touchdowns, 4.7 yards a carry, while catching 11 passes for 102 yards and a touchdown. Simply put, Justin Jackson has been a mainstay for this Northwestern, and has been the best offensive playmaker this year. He has put himself in competition for Big Ten Freshman of the Year with Ohio State quarterback J.T. Barrett.

In their next four Big Ten games, Northwestern faces two run defenses that are in the bottom half of the Big Ten, including Big Ten’s worst rushing defense in Illinois. If Jackson can continue his pace, he should have no trouble rushing for 1000 yards, slating himself among the Big Ten’s best freshman and putting himself in position to climb the ranks of Northwestern’s best running backs of all time in the next few years.

Northwestern’s also forced 10 turnovers, six interceptions and four fumbles, setting up the offense to score. The ‘Cats have 43 points off of turnovers. Northwestern’s defense has played very well, and kept the ‘Cats in games, giving them a chance to win.

If Northwestern’s defense can continue to play well the rest of the season, limiting the big plays, pressuring the quarterback and creating turnovers, the ‘Cats should have a good chance to win the rest of their games.

Northwestern’s offense hasn’t been great for much of the season, besides against Penn State and Wisconsin. And against Nebraska in the second half, it was pretty inept. If Northwestern’s going to finish off their season strong, their offense is going to have to step up and score more points and gain more yards, both on the ground and through the air, avoiding negative plays and keeping drives alive. Northwestern is just 40 percent on third down conversions. The ‘Cats offense needs to step it up coming off a bye week in Iowa City.

Chris Gradone and the Wildcats rank dead last in net punt average in the Big Ten, averaging 32.1 yards per punt.  Punting has been a real issue for this team, both this and last year. Against Nebraska, the Huskers average starting field position was nine yards from midfield. Northwestern has been consistently giving up field position and losing the field position battle due to poor punting and returns.

Northwestern’s special teams unit has been pretty bad this year and it was highlighted by Jalen Myrick’s game winning kick return at TCF Bank Stadium three weeks ago.

Northwestern’s special teams needs to improve dramatically, or else Northwestern’s offense and defense will be constantly fighting an uphill battle with bad field position.

Northwestern heads to Iowa City this weekend where they’ll take on the Iowa Hawkeyes in a Big Ten West Division battle. 3-4, 2-2 in the Big Ten, Northwestern could use a win to brighten their bowl hopes, as without it, Michigan, Illinois and Purdue all become must-win games. Iowa’s a decent, not great team, like Minnesota, that likes to pass the ball more often than run. That should play into Northwestern’s defensive strengths, if they can put pressure on Iowa quarterback Jake Rudock. And on offense, Northwestern faces a defense ranked No. 7 in the Big Ten. If the ‘Cats can score some points and play an all-around good game of mistake-free football, the Wildcats could come out of Kinnick Stadium with a win.