Posted on December 14, 2014 by WNUR Sports Leave a comment 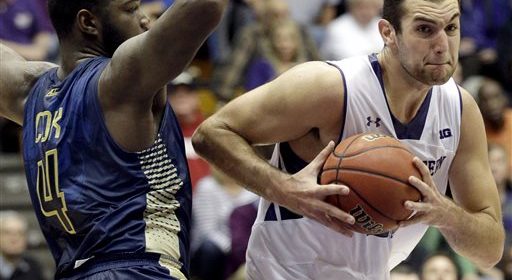 WNUR’s Zach Pereles (@zach_pereles), Sam Rudnick (@luhtammer) and Ian McCafferty (@itmccaf52) look back at the week that was in Northwestern Men’s Basketball.

Northwestern now sits at 5-3 on the year after losing both games this week, falling to Georgia Tech and Butler.

Northwestern got off to a rough start against Georgia Tech, falling into a 20-2 hole to begin the game. The Wildcats fought back admirably, however, cutting the lead to 13 by halftime. With under a minute left in the game, Alex Olah’s three pointer brought the ‘Cats to within one, sending Welsh-Ryan Arena into pandemonium. The Yellow Jackets, however, managed to get some key stops and make their free throws down the stretch to hold on for the win. 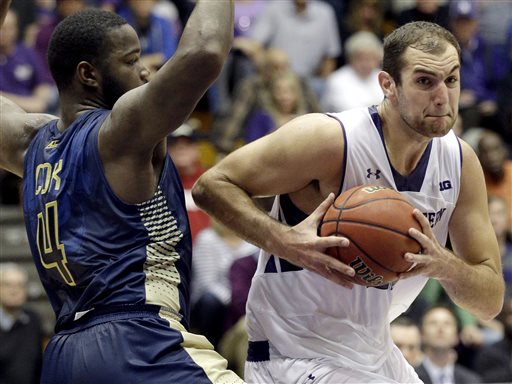 The Wildcats got off to another poor start, something that has been a constant this year. Defensively, the hosts struggled to defend guard Josh Heath, who attacked the paint effectively, connecting on all six of his shots. Charles Mitchell had a big game in the post for the visitors, scoring a team-high 13 points. The Wildcats were able to get back into the game behind strong play from Alex Olah, who scored 19 points and added 10 rebounds on the night. Still, Northwestern could not prevail in their ACC Big Ten Challenge matchup.

Northwestern hung with the Bulldogs at Hinkle Fieldhouse during most of the first half, as the teams were knotted at 28 apiece near the end of the half. But, Butler went on a 6-0 run in the last minute to take a 34-28 lead into half that they would not relinquish. Nathan Taphorn’s three in the second half cut the deficit to three, but Butler rattled off the next five points, stretching their lead to eight and effectively putting the game away.

It was an encouraging sign to see this young Wildcat team go on the road and hang with a quality opponent. When it came down to it, however, Northwestern’s inability to control the paint (the Bulldogs outscored the Wildcats 38-20 down low) doomed them, and 6 for 18 three-point shooting didn’t help. If the ‘Cats had hit more shots from downtown, they could have pulled this one out, but they were unable to do so. While freshmen Vic Law (10 points and six rebounds) and Bryant McIntosh (12 points and five assists) played decently, Tre Demps and JerShon Cobb combined to go 3 for 16 from the field and 2 for 9 from three. The ‘Cats need these veterans to step up as conference play approaches.

Player of the Week: Alex Olah. Olah is the first upperclassman to receive this award this year. His double double against Georgia Tech (19 points, 10 rebounds) and okay performance against Butler (11 points, 4 rebounds) earned him the distinction. Olah is frustrating at times, but he was the best player for the Wildcats this week.