Posted on December 27, 2014 by WNUR Sports Leave a comment 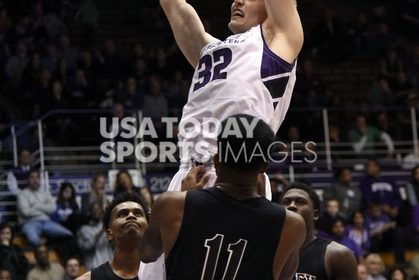 WNUR’s Ian McCafferty (@Itmccaf52) looks back at the holiday season that was in Northwestern Men’s Basketball.

Through 12 games, Northwestern basketball sits at 8-4 after defeating Mississippi Valley State, Western Michigan and UIC but losing to Central Michigan this past week.

Northwestern started off the week with a blowout 101-49 win over Mississippi Valley State. For one of the first times this season Northwestern started the game playing well. After taking a lead of 8-5 in the first half, they did not look back. Playing solid all-around basketball, the Wildcats would take a 47-26 lead into halftime. The second half was more of the same as Northwestern scored 54 points in route to their blowout win. Five different Wildcats scored in double digits as Alex Olah led the way with 17 points and 10 rebounds in only 20 minutes of playing time. Latrell Love led Mississippi Valley in scoring with 15. 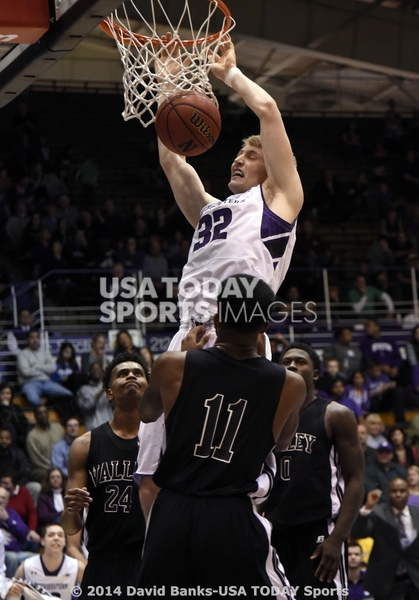 This was Northwestern’s best all-around game this season. They shot 57 percent from the field and 46 percent from three. The Wildcats also showed off some of their athleticism with emphatic dunks by both Vic Law and Tre Demps. The only starter not to score in double digits was Sanjay Lumpkin, who still grabbed 11 rebounds and had 5 assists. Probably the biggest surprise of the game was the play of Nathan Taphorn. The sophomore forward had his best game of the season, scoring 16 points on 7-11 shooting off the bench.  Northwestern’s defense was also a factor as they held their opponents to only 49 points on 29 percent shooting. This game showed what can happen when this team is playing their best, now the next step is to accomplish this against a better opponent.

After a big win against Mississippi Valley, Northwestern looked more like a team that had lost 3 of its last 4 in their 80-67 loss to Central Michigan. Like so many games before, the Wildcats started slowly and found themselves down 29-17 with four minutes left in the first half. A 5-0 run at the end of the half cut the Chippewa lead to 7, but Northwestern still trailed 36-29. The first half saw the Wildcats only shoot 37 percent from the field and get out rebounded 19-12, and the second half was not much better. With 15 minutes left in the game, the Wildcats cut the deficit to 3 points on a Tre Demps layup. But after a Central Michigan timeout, the Chippewas went on a 10-2 run, essentially putting the game away, as Northwestern would never get closer than 9 points the rest of the game. The leading scorers for Northwestern were Olah and Bryant McIntosh who both had 12 points. Sanjay Lumpkin also contributed 11 points and 8 rebounds. The top scorers for Central Michigan were Braylon Rayson and Luke Meyer who had 19 and 18 points respectively.

While this was a bad loss for the Wildcats, it was not their worst game of the season. It’s tough to win against any team when they shoot 58 percent from the field and 56 percent from three. This was the first time in 16 games that Northwestern had given up more than 70 points. The Wildcats just have to put this loss behind them and finish non-conference play strong.

Player of the Game: Sanjay Lumpkin

After a disappointing loss to Central Michigan, Northwestern recovered with a hard-fought 67-61 victory against the Western Michigan Broncos. Keeping up this season’s theme of slow starts, Northwestern quickly went down 11-2 to start the game. The Wildcats fought back however, taking a 23-22 lead late in the first half and only trailing by 3 at half. The second half went much better for Northwestern as they started the half on a 7-1 run and eventually took a 36-34 lead that they would not relinquish for the rest of the game. Demps was the leading scorer with 17 points, scoring 12 of his 17 in the second half. McIntosh contributed 10 points and 8 assists and Olah had 8 points and 12 rebounds. Tucker Haymond led the way for the Broncos, scoring 12 points on 5-7 shooting.

Northwestern survived a hot shooting start by Western Michigan and rallied to score 42 points in the second half. While the slow starts are still worrisome, this is a young team that is attempting to find an identity and that starts with winning games that you are supposed to win. The Wildcats have to address some of their problems soon, however, as they won’t be able to come back so easily in Big Ten play.

Player of the Game: Tre Demps

Northwestern finished the week with an easy 63-46 win over UIC at Welsh-Ryan Arena. Similar to the Mississippi Valley State game, the Wildcats started hot, going up by 14 points in the first 8 minutes of the game. They would continue to play well, holding the Flames to only 16 points in the first half and leading 31-16 at half. In the second half the closest UIC would get to Northwestern would be a 7 point deficit with 7 minutes left. But four Alex Olah free throws, a Bryant McIntosh layup and a Sanjay Lumpkin three pointer would help keep the game out of the reach. The Wildcats controlled most of the game and were led by McIntosh who scored 22 points on 7-9 shooting. Olah also played well, contributing 17 points, 7 rebounds and 3 blocks. Northwestern’s defense played well as the leading scorer for UIC was D’Juan Miller who scored 13 points but on 4-15 shooting.

This was just what the Wildcats needed after two shaky games against Central and Western Michigan. They shot 54 percent from the field and 39 percent from three but still got outrebounded 36-33. Heading into Big Ten play this team is still an unfinished product, but on their best days they can compete and possibly win against some of the better Big Ten teams. Right now, this team is just too inconsistent. While they may have some success in conference play, expectations should be tempered for the rest of the season.

Player of the Week: Alex Olah. For the second straight week, Olah has been the best player for the Wildcats. In four games this week, Olah averaged 13.5 points, 8.5 rebounds and 1.8 blocks. He also shot 55 percent from the field and 50 percent from three. Olah has been a frustrating player at times this season, but has really come on in the last couple of weeks.