We asked, and 17 WNUR broadcasters voted for Big Ten (and Northwestern) basketball awards. While some awards were nearly unanimous, others were hotly contested. Here’s how the voting broke down: 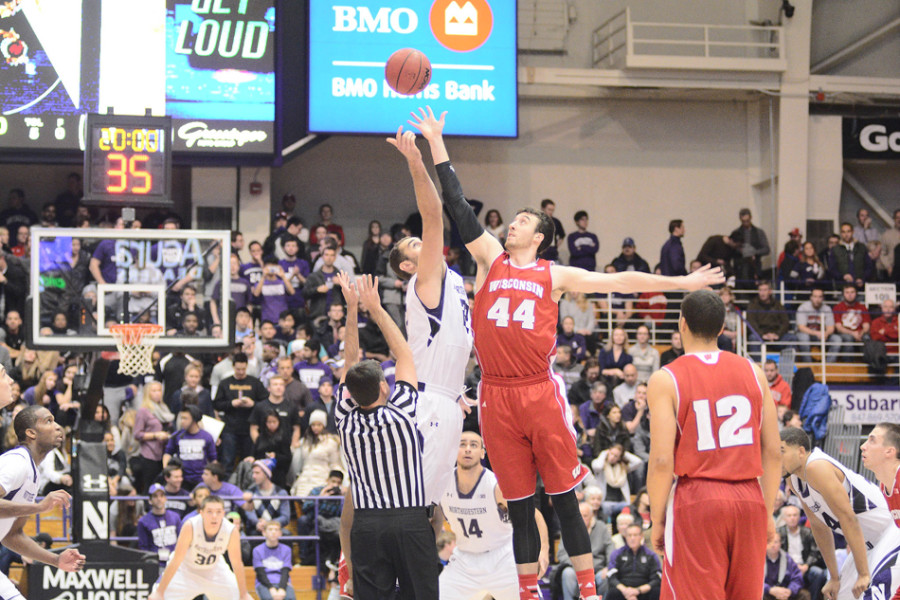 What They’re Saying:  “Kaminsky inches out Russell. Kaminsky has cemented himself as a lottery pick, he’s an inside-outside threat, and his value was proven when Wisconsin lost to Rutgers without him.”-Zach Pereles

“Kaminsky was the best player on the conference’s best team and has led Wisconsin’s ascent into the national elite.”- Josh Burton 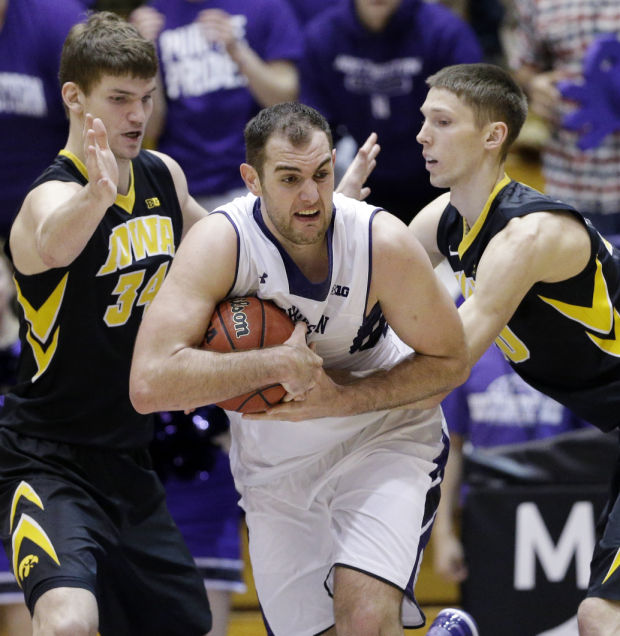 Alex Olah took over down low in the middle of the 2-3 zone late in the season, helping the Wildcats to a first-round bye in the Big Ten Tournament and earning him our staff’s Northwestern player of the year award. Photo credit: Quad-City Times.

“What Tre Demps was able to provide offensively pretty much all season was undeniable. Plus, Michigan. Case and point.”- Justin Nam

“Olah has numbers that compete with McIntosh, but no one has come close to his consistency, and his penetration play has bought a dimension to Welsh-Ryan Arena none of us had seen prior.”- Jeff Eisenband

“Tre Demps might have been the most clutch player on the ‘Cats but Olah really was the team MVP. Although at times he’d disappear he usually made his presence felt under the basket on both ends of the floor.”- Ari Ross

“Bryant was the most consistent player out of anyone but Demps had many fantastic moments not only against Michigan but also North Florida, Elon, and Indiana”- Sam Rudnick

“While Demps and Olah were often the team’s MVP, McIntosh proved most consistent thought the season.”- Jacob Murphey 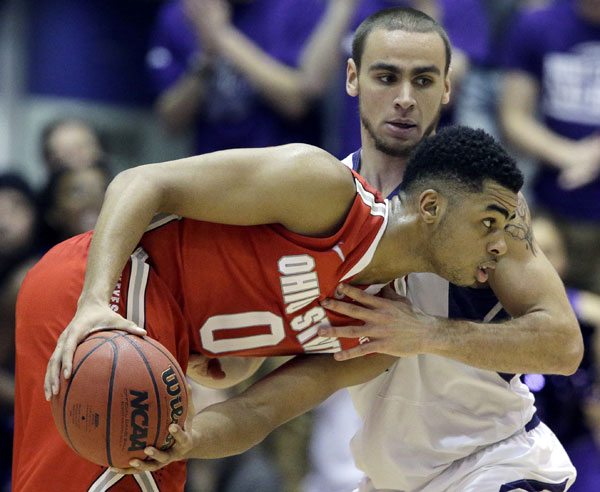 D’Angelo Russell showed Northwestern why he is a Big Ten player of the year and freshman of the year candidate in January. Photo credit: Nam Y. Huh, AP.

What they’re saying: “Russell runs away with FOY because he’s even been in discussion for national POY.”- David Gernon

“Russell has been dominant for the Buckeyes and has played well beyond his years and with an ease that is rare for a college point guard.”- Josh Burton

“Russell was a killer this year and may have been the 3rd best player in the country.”- Sam Rudnick 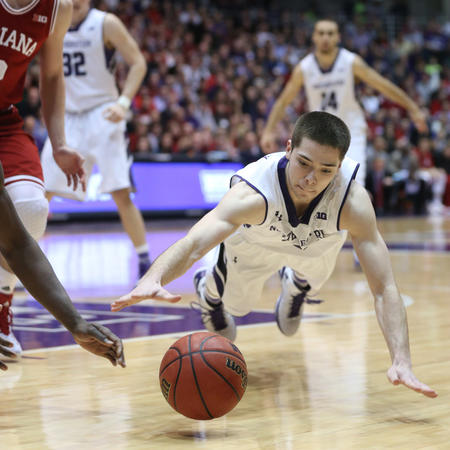 What they’re saying: “McIntosh is as college-ready as any NU freshman since Drew Crawford. Real bright future ahead.”- Ben Goren

“For Northwestern, the point guard position demands more than the wings and McIntosh has still responded with generally positive games and impressive stats.”- David Gernon

“McIntosh was by far the best freshman, as he provided relatively  consistent point guard play all year and was a team leader even when  other freshmen struggled.”- Josh Burton

Mark Turgeon took the Terps into the top 10 in his first season in the Big Ten, he edges out Bo Ryan as WNUR’s Conference Coach of the Year.

What they’re saying: “Two words: 1 seed. That’s why Bo Ryan is the Coach of the Year.”- Ben Goren

“Wisconsin had a target on its back all season, and despite some injuries, they haven’t taken their foot off the gas since the Final Four.”- Jeff Eisenband

“Turgeon took a team that finished in the lower-middle half of the ACC in one year and turned them into the second best team in a new conference and a national Top 10 team in one year. He needed a good season to save his job, and he put together a great one.”- Zach Pereles

” I could have coached Wisconsin to a Big Ten title this season. Don’t want to take anything away from Bo Ryan, but Mark Turgeon deserves Coach of the Year.”- Jason Dorow

“Purdue coach Matt Painter took Purdue from worst in the Big Ten to a top-4 finish in just one year. What?”- Cameron Songer