Month in the Mirror: March 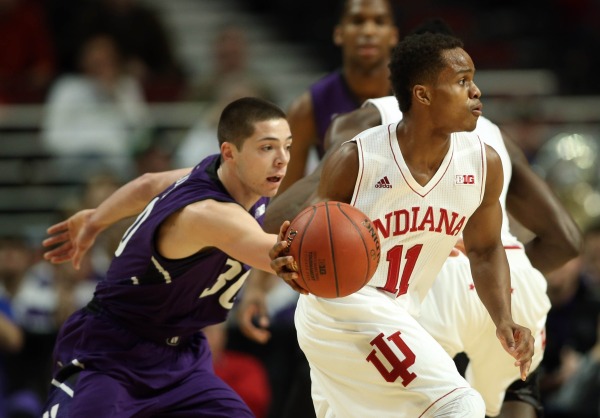 March is always a fun month to be a sports fan. You’ve got the best sporting event in the whole goshdarn world with March Madness, plus, round these parts, it’s actually warm enough for spring sports to start up in earnest. March of 2015 was an especially happening March for Northwestern fans. Pretty much every sport brought with it some important storylines. Let’s look at the three biggest storylines from this month.

WOMEN’S BASKETBALL MADE THE NCAA TOURNAMENT!!! Sure the women’s basketball team went 1-3 in March, but I don’t think too many Wildcat fans are broken up about it. Just being part of the Big Dance makes it all worthwhile.

Northwestern’s long road back to the tournament maybe didn’t have the fairy tale ending that fans hoped it would, but it was still one heck of a ride. It was weird as a Northwestern fan watching a NCAA Tournament selection show and thinking wow, I’m actually interested in this. It’s different when you have skin in the game. It was a bummer that Northwestern’s stay in the tournament didn’t last longer than one day, but when Lauren Douglas was ruled out of the game against Arkansas, the writing was on the wall.

It took Joe McKeown some time, but he finally got Northwestern to the Promised Land. Next year, Northwestern will have to replace 2/7 of its rotation with Alex Cohen and Karly Roser leaving. But with Ashley Deary, Christen Inman, and Nia Coffey all coming back, there’s no reason not to be excited about 2015-16.

There’s hot. There’s red hot. Then there’s Tre Demps against Michigan. The redshirt junior had himself a freaking ballgame against the Wolverines. 20 points on 7-13 shooting. 4-5 from 3. 5 assists. And enough crazy clutch three pointers to make an entire career.

Year Two of Chris Collins was up and down. The team finished under .500 and they suffered through a 10-game losing streak. They also won two games in overtime and beat two NCAA Tournament teams in Iowa and Indiana. Northwestern basketball fans needed a spark.

You could forgive fans for falling off the bandwagon by the time the end of the season rolled around. Watching Tre Demps do ridiculous things on a basketball court helped that.

I’ll bet you anything that Chicago sportswriters already have the “Michigan was a turning point for the program” article written up and ready to go in case Northwestern flirts with the NCAA Tournament next year. Tre Demps is combustible and when he goes off, it’s really fun to watch.

It’s so funny to see where people set the bar for NU Lax. For a lot of sports at NU, just sniffing a conference title challenge is cause for widespread hysteria. For lacrosse, it’s national championship or bust.

That’s why it was such a shock to the system to see Northwestern get demolished on its home turf by Maryland. Maryland is the unanimous top ranked team in the country but seeing NU lose to them by 11 was weird. Northwestern lacrosse isn’t supposed to lose. They’re certainly not supposed to get blown out.

The weird thing is that March was an awesome month for NU lax. Northwestern handled business against Colorado then beat No. 5 Syracuse and No. 10 Louisville. That’s two top 10 wins and a 3-1 record in a month, with the one loss being to a crazy good team. But for NU lax, that 1 looks a lot bigger than the 3.