Who will complete Northwestern’s 2015 recruiting class? 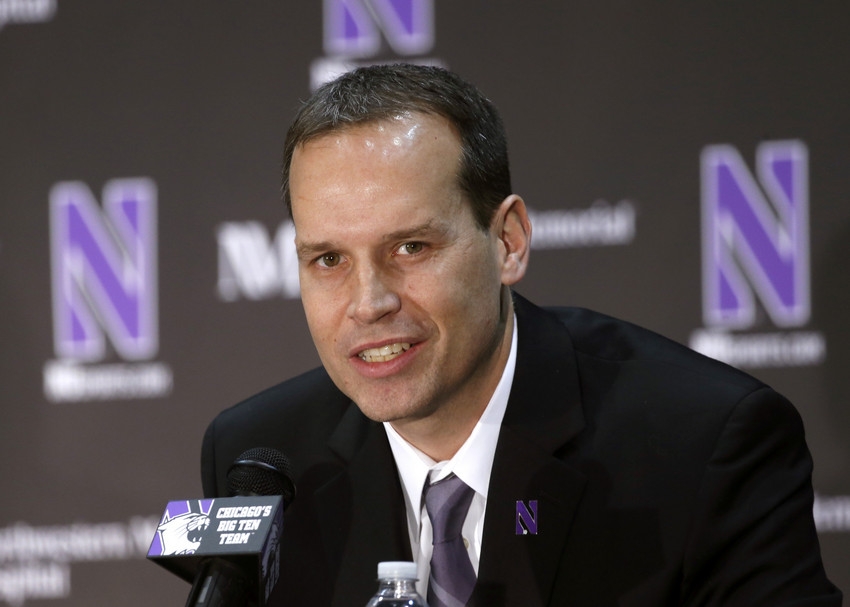 Chris Collins’ overhaul of Northwestern men’s basketball couldn’t move along much faster. After the transfer of Johnnie Vassar, Collins will assuredly bring in 11 scholarship players in just two years.

Vassar’s departure opens up a fifth scholarship for Collins to use in his 2015 recruiting class. It wasn’t too surprising to see Vassar go since Collins and his staff were still out on the recruiting trail after filling up the class with a commitment from fifth-year transfer Joey van Zegeren.

So who will round out Northwestern’s 2015 recruiting class? There are a lot of different ways Collins could go, but there is an obvious front runner.

Kipper Nichols, a three-star small forward from Lakewood, OH, is ranked 231st nationally by 247Sports and is Collins’ top target. He is also considering offers from Clemson, Tulane and Xavier.

Nichols was recently named Division 1 Ohio Boys Coaches Association Player of the Year and is AAU teammates with Northwestern commit Dererk Pardon. Nichols is certainly talented enough to play for the Wildcats, but he doesn’t exactly fit NU’s current needs.

The Wildcats are left with just one true point guard after Vassar’s transfer and the graduation of Dave Sobolewski. Sure, Bryant McIntosh will probably average 30+ minutes per game again next season, but NU could use a more legitimate back-up.

Tre Demps proved he’s capable at the point in 2013-14 when Sobolewski was hurt, but he’s an average ballhandler at best. Next in line is Jordan Ash, an incoming freshman who mostly played the wing in high school.

If Nichols commits elsewhere, expect Northwestern to snag a point guard or combo guard, which could likely come through the transfer market. Northwestern has already shown interest in Missouri State transfer Marcus Marshall, according to ESPN’s Jeff Borzello, who was the third leading scorer in the Missouri Valley Conference this season.

No matter who Collins adds with the final scholarship for 2015, the Wildcat roster is getting re-loaded again this season. ESPN top 100 recruit Aaron Falzon and Joey van Zegeren will both play integral roles during their first year in Evanston, and the other three newcomers should see some action too.