Posted on April 3, 2015 by Erik Bremer Leave a comment 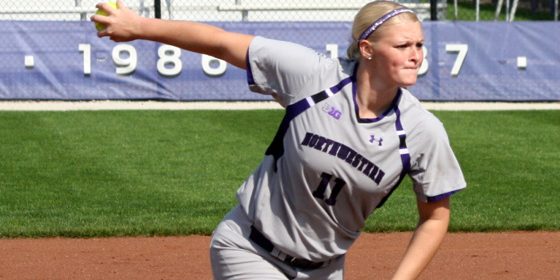 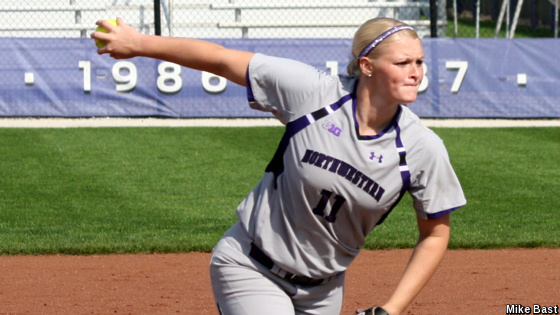 The Northwestern Wildcats welcome the Purdue Boilermakers to Sharon J. Drysdale Field this weekend as they look to continue their winning ways in Big Ten play.  The Wildcats (17-11, 5-0 B1G), the lone remaining unbeaten team in the Big Ten, are coming off a doubleheader sweep of the Wisconsin Badgers last weekend in which they slugged 33 runs.  The 19 runs scored in the first game of the twin bill were the most runs the ‘Cats have scored since 1983.

But if anyone can cool down Northwestern’s hot hitting, it’s Purdue’s Lilly Fecho.  The junior has been lights-out for the Boilermakers (23-11, 4-2 B1G), compiling a 15-7 record to go along with her stellar 1.19 ERA and 9.1 strikeouts per seven innings.  She’ll take the circle in the opener on Friday, and is expected to get the call on Sunday as well.

The Wildcats will counter in the opener with Kristen Wood, who leads the conference with a 0.95 ERA in Big Ten play.  She’s earned the winning decision in four of Northwestern’s five conference wins, including a pair of 5-inning complete game one-hitters against Penn State and Wisconsin.

The Boilermaker offense is led by Ashley Burkhardt, who leads the team with 8 home runs, 35 RBI, and a .406 batting average.  The offensive numbers are quite gaudy all around for Northwestern, but senior Olivia Duehr’s Big Ten performance stands out among the crowd.  The outfielder’s .615 batting average and 1.846 slugging percentage both lead the conference.

Can good pitching beat good hitting?  Will Northwestern escape the weekend with a perfect Big Ten record? Tune in Saturday on 89.3 WNUR or WNURsports.com for the second game in this three-game set.  Michael Stern and Erik Bremer will have the call at 1 p.m.