Posted on April 8, 2015 by Michael Stern Leave a comment 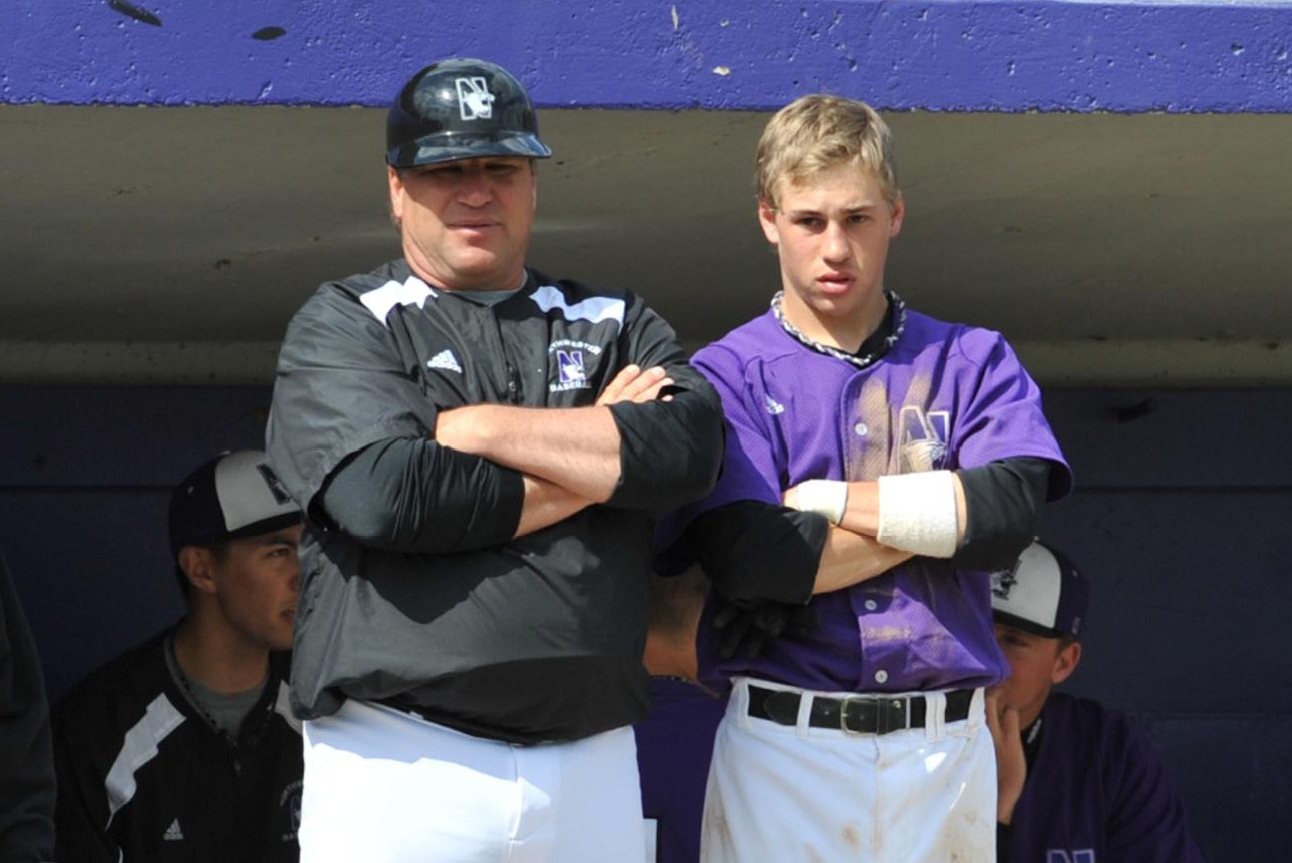 Paul Stevens is stepping down at the end of the season. Who might replace him? Photo via BigTenSportsWatch.com

Paul Stevens is stepping aside at the end of the season, so Jim Phillips and company have an opportunity to re-energize the dormant baseball program with a homerun hire. Here are some potential candidates, with the likelihood they get the job:

This seems like the most likely scenario. Stevens has been around for 30 years, and he hasn’t had much success. Baseball is by no means the crown jewel of the athletic department, but the team usually has a few solid players and has a sizable donor base (the field is currently getting renovated with money from somewhere). Mikrut played for Stevens from 2002-2005 as an infielder and a closer, and he’s been on the staff since 2011. Mikrut serves as the team’s recruiting coordinator, so continuity wouldn’t be lost with current recruits, and he’s a Wildcat through-and-through, so the job has appeal to him. Mikrut and Northwestern seem like a match made in heaven.

Here’s another scenario. Northwestern poaches a coach from a local mid-major by offering them lots of money. This coach should also be young, so even though continuity would be lost with recruits and donors, there’d be a new energy around the program. While staying in-house seems appealing, a new energy might even be necessary given the lack of success on the diamond during the Stevens era. There’s precedent for Big Ten baseball programs hiring mid-major skippers, as Iowa hired coach Rick Heller away from Indiana State prior to the 2014 season. Lovelady has an amazing name, and he’s done well thus far in Dayton playing in the same league as UIC. Last year, he led the Raiders to a 25-4 conference record and just missed the NCAA Tournament. This season, Wright State is off to a 20-9 start and should be in contention for another conference title. Lovelady is 36, but he’s been in Dayton since 2005, so he might be ready for a change. He would inject fresh energy into the program if the ‘Cats could convince him to leave.

Likelihood of Lovelady (or another mid-major head coach): 20 percent

Allen represents another option. NU could look to a fellow Big Ten school in hopes of finding an assistant that has recruited the region well. Allen enters his first season as an Illinois assistant, but the Illini are pretty darn good (they showed Northwestern that last weekend), and Allen has experience in the Big Ten (he’s coached at Purdue) and in the region (he played at Iowa State and has coached at Creighton). Allen has never been a head coach, so the opportunity to lead his own program (and a pay raise), might be enough to lure him out of Champaign.

Likelihood of Allen (or another B1G assistant coach): 20 percent

This has been a trend in college basketball lately, as schools bring back coaches with no experience who are famous alumni. Loretta is one of the best players in Wildcat history and played in the majors for several years. He was Big Ten player of the year his senior season, and has the second-most hits ever at NU. As a former big-leaguer, he knows the game well and can tell recruits exactly what it takes to play at the highest level. He also might be getting the itch to coach, as he led the Israeli national baseball team during World Baseball Classic qualifying in 2012. If Loretta wants the job, it would be a news-making hire and it should be his. He’s worth at least a phone call.

There’s no chance Girardi would leave the Bronx for Evanston. IS THERE?

Girardi is the most famous Wildcat in baseball today. He might be tired of the circus that comes with managing the Yankees, answering questions about A-Rod and C.C. every day and getting second-guessed constantly by the New York media. Perhaps he wants to come home and teach the game he loves in peace to some youngsters, giving back to the institution which gave him so much. He’s also worth a phone call, just in case.

Likelihood of Girardi: less than 0 percent