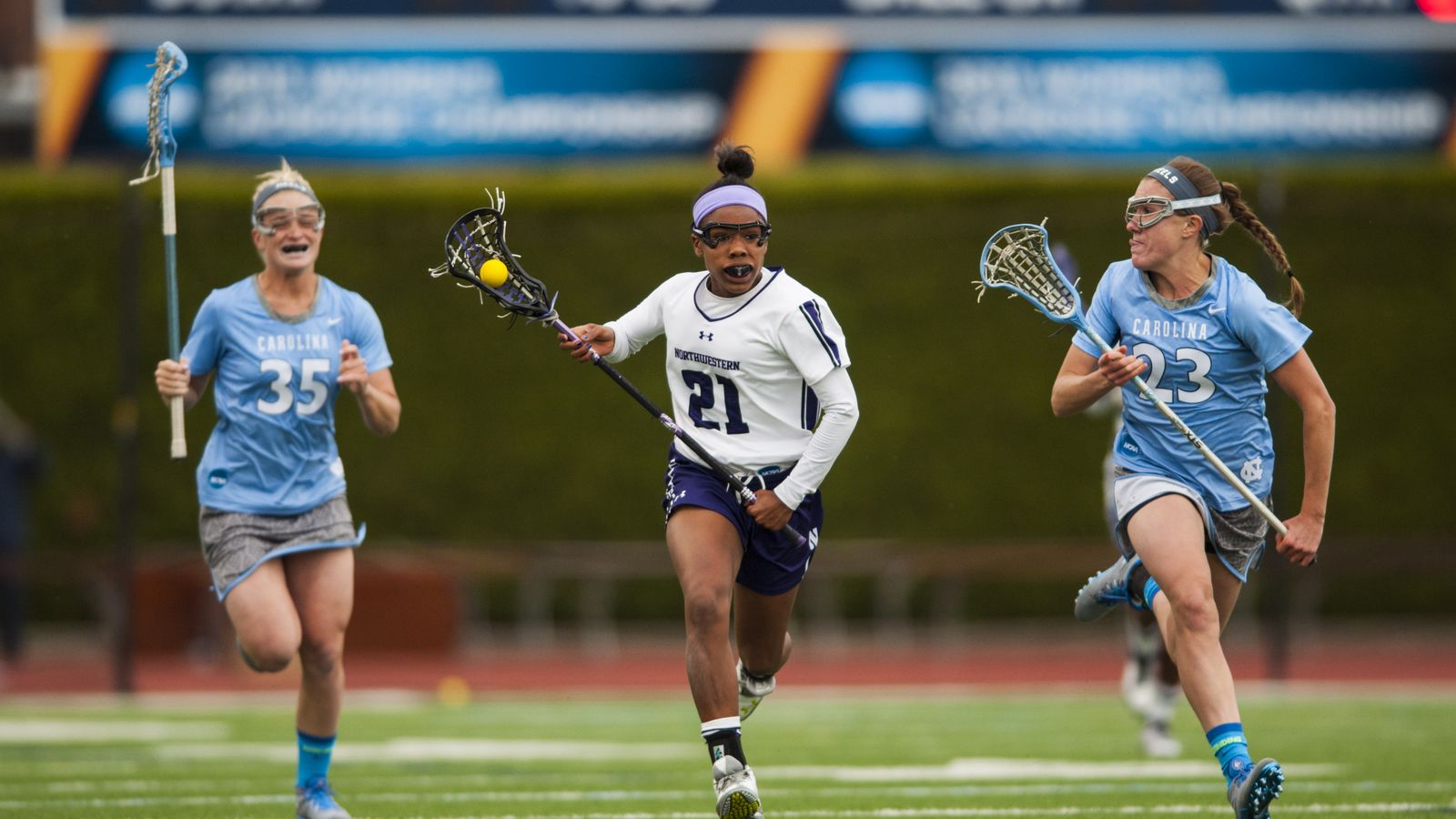 Our Tara Wendell breaks down a disappointing loss for Northwestern Lacrosse

Going into this game, the ‘Cats were ranked #5. Stony Brook was #9. But those rankings are probably about to change, and Stony Brook might even overtake the ‘Cats. With a big 11-9 win over NU, Stony Brook looks poised to make a pretty strong run in the NCAA tournament. Northwestern, on the hand, might be going the other direction.

From the beginning of the game, Northwestern simply didn’t look like themselves.  It didn’t help that they turned the ball over at least 15 times. The ‘cats allowed ninth-ranked Stony Brook five goals before they got on the board with nine minutes left in the first half.

From there, it looked like the ‘Cats might have been able to not only close the gap, but maybe take the game over. They went on a 3-0 run going into the break and clearly started the second half with the momentum. But Stony Brook knocked the wind right out of them, with the first two goals of the second half. Once again, NU went into another cold spell, not scoring in the second half until there were under 13 minutes left.

It’s the same thing we’ve seen from the ‘Cats all season: They don’t play a full 60 minute game. Stony Brook wasn’t a better team than Northwestern, but they played good lacrosse for 60 full minutes. Northwestern played better than them, when they played well at all, but 30 minutes of good lacrosse isn’t enough. It’s not going to get the Wildcats past a team that has yet to lose at home this season, and who is clearly a sleeper in this year’s NCAA women’s lacrosse landscape.

There were, however, at least two bright spots for NU in this game:

Selena Lasota led the team in shots on goal, goals, and ground balls. With six shots on goal and four goals, a 66% conversion rate is pretty good. But, she can’t do it alone. The only other ‘Cats who scored were Kara Mupo, Kaleigh Craig, and Christina Esposito. If they’re going to win, NU needs a few goals each game from players like Sheila Nesselbush, Shelby Fredericks, and Corrine Wessels. Northwestern seems to be relying too much on its stars, and to consistently win, the supporting cast needs to take a step up.

Bridget Bianco too was a bright spot, as she kept Northwestern in the game today. Bianco had 9 saves today. That may not sound great against 11 goals allowed, but a save percentage of 45% is pretty good, especially when you account for 8-meter shots, which are almost free goals. Without a solid goalie like Bianco between the pipes today, NU would have stood no chance.

The ‘Cats have only three regular season games left, and if they want a comfortable spot in the NCAA tournament bracket (as in, far away from the Maryland Terps), they’ll need to win all of those games. Unless the team can improve down the stretch, there’s no guarantee we’ll see the Northwestern in their 11th consecutive NCAA Final Four appearance.  It’s back to the drawing board for Kelly Amonte Hiller and company,