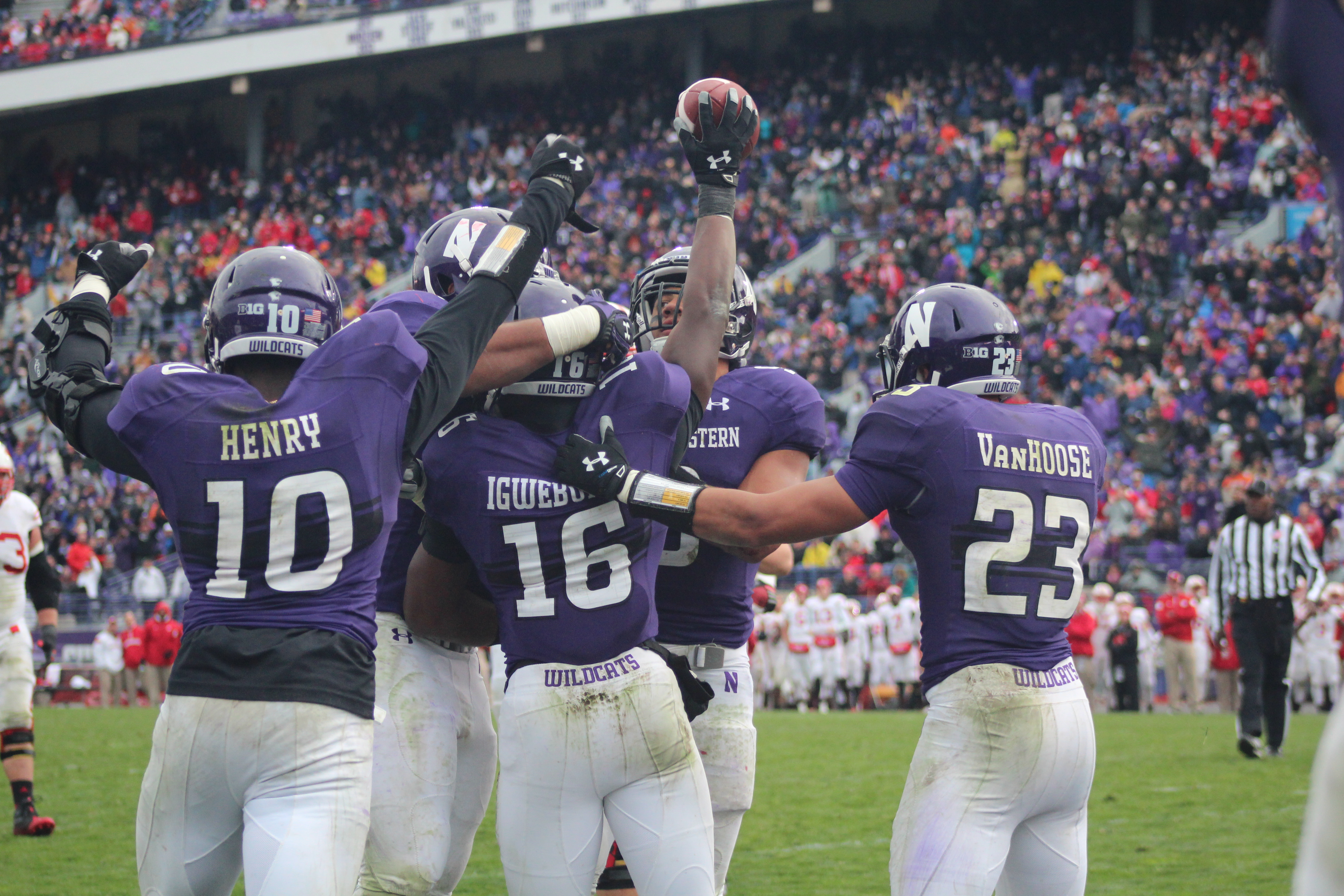 After a pair of open practices to close out spring ball, Northwestern fans can get a better idea of what the Wildcat lineup might look like in September. A lot of players sat out spring practice with injury and a lot is bound to change during the next four months, but it’s never too early to look ahead to next season. Here’s our staffer Jason Dorow (@jasondorow) projecting Northwestern’s 2015 depth chart:

The quarterback battle is still an open competition, but from what we’ve seen in practice, Clayton Thorson looks like the front runner. The redshirt freshman is the best combo of size, mobility and throwing ability among the three signal callers. Between the running backs and super backs, there is depth galore in the backfield. Justin Jackson will shoulder the load again, but a lot of guys are going to get touches.

There are loads of athleticism among NU’s wideouts, but they have to work on their ball skills and hope to have a healthy Christian Jones come September. The closest competitions are probably on the offensive line where almost every spot has guys competing for the opportunity to start.

The defense’s starting eleven is significantly easier to project than the offense’s at this point. Pat Fitzgerald has a ton of returning starters and one of the deepest defensive lines in the conference. Expect to see the speedy four end sets again this year.

The one big question on defense is who will replace Chi Chi Ariguzo. There’s a chance that Traveon Henry moves the WILL linebacker spot and Kyle Queiro starts at safety. However, it’s more likely that Joseph Jones steps into the linebacking corps alongside Anthony Walker and Drew Smith.

Hunter Niswander didn’t see the field much last year due to an injury. If he’s healthy, he could punting and kicking duties this season. Jack Mitchell’s performance at Notre Dame will earn him the benefit of the doubt for now though. Vault and Shuler both have the ability to bust big plays in the return game.