The Potential for a Hockey Program at Northwestern 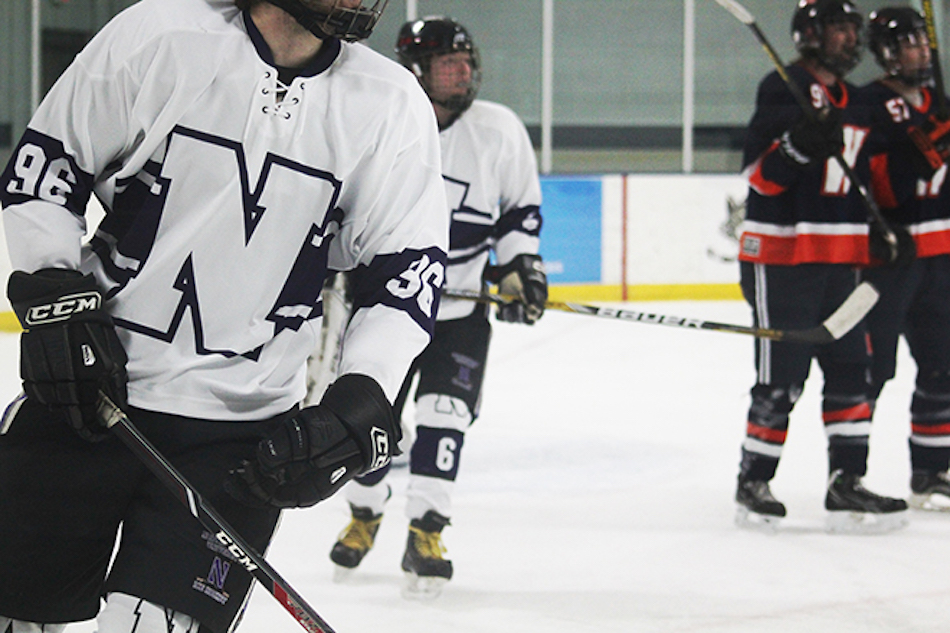 What would a Division I ice hockey program look like at Northwestern? Photo Credit: Anne Li, North by Northwestern

The NHL’s Chicago Blackhawks once again find themselves engaged in a tense, thrilling postseason run in pursuit of a third Stanley Cup in six seasons. The days of clueless fans blindly hopping on the Hawks’ bandwagon as playoff season arrives appear to be over; Chicagoans love their hockey.

A few miles up the road in Evanston, however, that same feeling of hockey madness is clearly missing for Wildcat fans. That is, there is no Division I men’s or women’s ice hockey program at Northwestern. Could that change sometime soon? Not likely, but the idea of a Division I hockey program at NU is definitely conceivable and, honestly, kind of fun to think about.

The obstacles are clearly there: a lack of proper on-campus facilities, the need for more recruitment and serious talent to compete against elite Big Ten programs, and the lack of a fan base. That being said, there are some solutions, and hockey does already have a small presence on campus.

Northwestern has a men’s hockey club team that plays their games at a rink in Highland Park. The team provides a competitive outlet for students who want to continue playing hockey; it clearly isn’t a Division I team, but interest in the sport is tangible.

While no suitable rink with (or without) space for spectators exists on Northwestern’s campus, one could conceivably be built. Northwestern is already spending money; the university recently began construction on Ryan Fieldhouse, a new lakeside athletic facility, which will host athletic offices, a practice football field, as well as recreational space and basketball courts for student use.

This means that the Nicolet Football Center and other current athletic facilities will become expendable when the new facility is completed. Could Northwestern add a rink in that space next to Welsh-Ryan Arena? The “Madhouse on Ashland Avenue” has a nice ring to it.

The club team travels and remains seemingly competitive against club teams from around the area like Loyola, Northern Illinois and Marquette. Being placed into the Big Ten conference for ice hockey would be entirely different competitive experience, however. Northwestern would obviously have to wait a few years in order to gain widespread recognition as a “hockey school” for potential recruits, but the scenic campus and elite academics have to be appealing factors from the start.

The Big Ten only began sponsoring men’s ice hockey in 2013 and currently has six teams. Why not add a few more, including Northwestern, as the sport seems to grow in popularity? While competing with national powerhouses like Minnesota, Wisconsin and Michigan would be difficult, jumping into unchartered waters would be exciting for the university.

Finally, fans become a factor in the push for a potential team. Northwestern already has a student attendance problem at popular or “revenue” sporting events like football and men’s basketball. How could the university aggregate enough student support for a new, less conventional sport?

With a potential rink near Welsh-Ryan Arena, the university’s Gameday Shuttle system should be able to provide adequate transportation for students. The team could also work with the men’s or women’s basketball teams on dual promotions or maybe a double-header of games during winter quarter. The rowdy student atmosphere that occasionally takes over Welsh-Ryan during basketball games could easily transfer to hockey games, too. Considering the Blackhawks’ recent success, hockey fans from Evanston or nearby suburbs may also be more inclined to watch a Wildcat hockey team than they would have been a decade ago.

While an NU hockey team would never reach the success or fan support of a program like Minnesota, the potential for a successful program and another fun athletic outlet for students and fans is obvious. I can see it already: “Chicago’s Big Ten Team” takes the ice, “Put Your Hands Up In The Air” plays at the start of a power play and the trademark Northwestern Wildcat snarl roars after every goal. Your move, Jim Phillips.