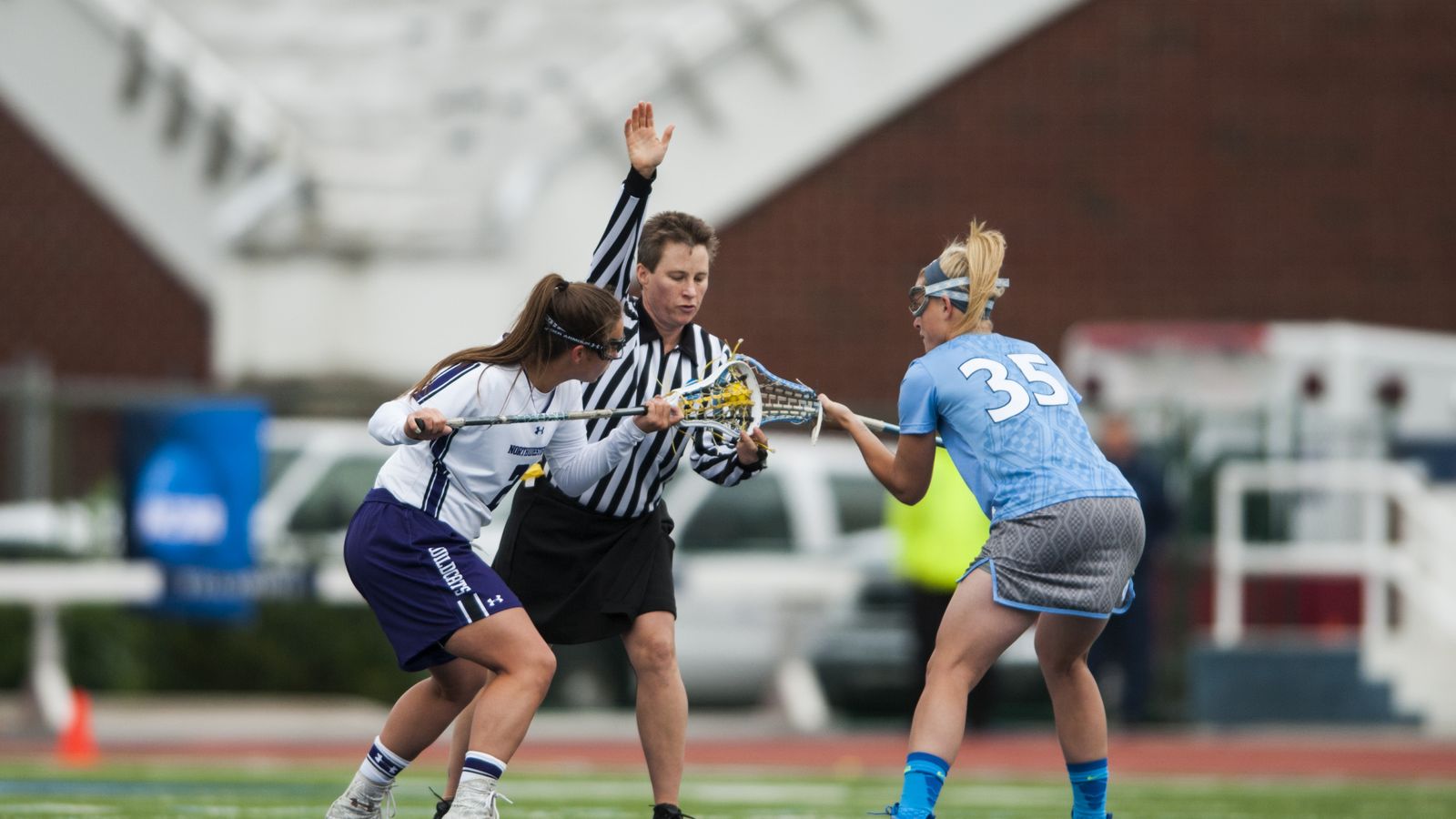 Selena Lasota takes a draw control against North Carolina. NU is seeded eighth in the NCAA tournament, and hosts Louisville this weekend in the first round. Photo Credit: Howard Smith-USA TODAY Sports

Northwestern took the eighth seed in the NCAA tournament, which means they face Louisville this weekend at Lakeside Field. Northwestern has never lost an NCAA game at home in program history (including last year’s second-round game against the Cardinals), and don’t expect this one to be any different. The Wildcats beat Louisville 12-10 earlier this season in Evanston, and despite the small margin, the win was pretty solid. NU scored six goals in six minutes to win that game, and they should be able to beat the Cardinals again.

If NU does win, they would move on to play the winner of the Ohio State-Notre Dame game, and the ‘Cats beat both of those teams earlier this season. They beat Notre Dame 10-9 in South Bend towards the end of the season, and while a rematch isn’t a definite win, it’s certainly a winnable game. If they can keep the turnovers down (last time, the Irish turned it over 20 times compared to NU’s 24–both are pretty big numbers, by the way), Northwestern should win.

Then, there’s Ohio State. Typically, this one would be an easy win. Without a second thought, the Buckeyes would be swept to the side. Except Friday, they beat Maryland. Yes 17-0, defending NCAA champion, haven’t lost a game since last April, Maryland. That Maryland. So, while the ‘Cats handled their business against OSU with a 16-6 victory last weekend, it’s impossible to say they’ll do the same this time. NU typically peaks in post-season play. They surely didn’t peak in their 13-10 loss to Penn State in the Big Ten tournament. Ohio State, it seems, is peaking at the right time.

But, let’s say NU gets past Ohio State or Notre Dame.  Their Elite Eight matchup would be against top-seeded Maryland (assuming the Terps get past either Massachusetts or Jacksonville). Maryland looks more beatable after their slip-up over the weekend against Ohio State, so NU might have a chance. That said, it’s going to be pretty hard for the ‘Cats to get past the Terps. That’s because Maryland isn’t falling apart–Ohio State just played exceptionally well against them. Maryland is no worse than they were when Northwestern fell to them 16-5, but Ohio State is better than they were when Northwestern beat them 16-6.

Northwestern is unlikely to be able to handle Maryland in the Elite Eight, if they can reach the quarterfinals by knocking off Ohio State or Notre Dame in the Second Round and Louisville in the first round. Northwestern has played in the Final Four each of the last nine years, but, they haven’t dominated women’s lacrosse like they used to the last couple years. This season, we’ve seen the end of Northwestern’s regular-season dominance, and, with this bracket, we’re likely to witness the end of Northwestern’s Final Four run.