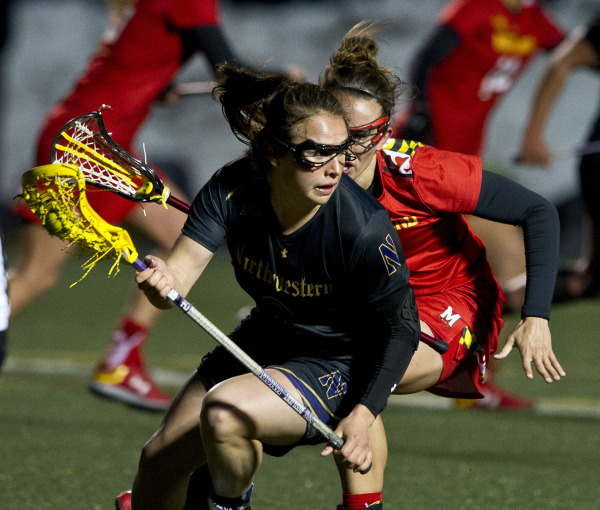 The #8 seed Northwestern Wildcats (12-6) will be taking on the Louisville Cardinals (10-7) in the first round of the NCAA tournament Friday afternoon. As the #8 seed, the Wildcats have earned the right to host their first round matchup against the Cardinals at Lakeside Field.

In Louisville, Northwestern is getting an opponent they have already played this season–which can be both a good and a bad thing. Northwestern was ranked No. 4 in the nation and the Cardinals were No. 10 back on March 29th in Evanston. The Wildcats emerged victorious, 12-10, despite a slow start and losing the draw control battle.

The Wildcats started that game slow and they will be hoping to avoid that this Friday as they have struggled at times when falling behind. Their offense is not one particularly conducive to comebacks, instead excelling when they have a lead and are looking to run some time off the clock.

Compounding that issue is the dreaded “tournament play.” Tournament play happens in most sports and stems from teams being less willing to take risks because the negative consequences are greater: the team’s season being over. In women’s lacrosse, this manifests itself in lower scoring, slower games. The absence of a shot-clock makes this problem even worse.

None of this spells good things for the Wildcats, which have an already slow moving offense coupled with the defensive tendencies of the NCAA tournament. This means we could be issuing a postmortem for this year’s team if they get behind by more than a couple of goals early.

An area where Louisville should have a decided advantage is in the draw circle. Louisville won the battle last game 14-10 and there is little reason to think the Wildcats will do any better this time. Coach Kelly Amonte Hiller has tried numerous players in the draw circle this year in hopes of finding a solution but as of yet, none have stuck.

Freshman Shelby Fredericks, a member of the vaunted recruiting class Amonte Hiller brought to Evanston this year, figures to get the most looks as she has shown promise this year but she is still only a freshman and with this being the single-elimination NCAA tournament, don’t look for Amonte Hiller to give her a long leash if she is struggling.

This game should come down to how well Northwestern can start. They have shown to be a second half team at times this year, but the NCAA tournament is a different animal and the Wildcats can ill-afford a slow start. If they do get a lead, look for them to coax time off the clock and as long as the draw controls don’t get too out of hand, the Wildcats should come out with the win.

The winner of this game will meet the winner of the other game being played in Evanston, between Ohio State and Notre Dame, on Sunday afternoon at Lakeside Field.