WE GOT KENTUCKY!! NU Softball in NCAA Tournament for Second Straight Year 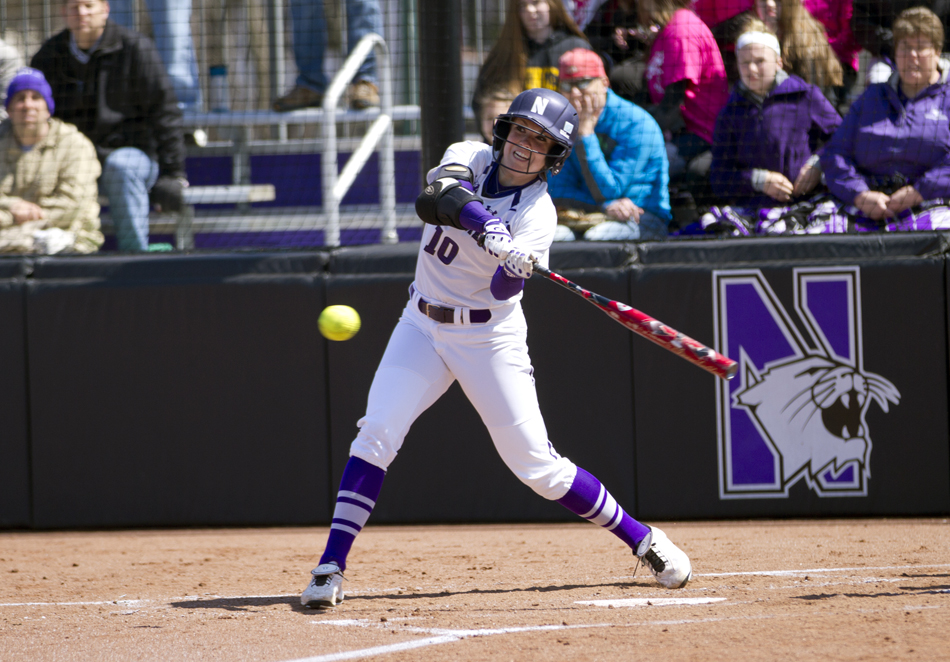 Andrea DiPrima finished the regular season with an on-base percentage above .500. Northwestern is headed back to the NCAA Tournament. Photo Credit: Meghan White, Daily Northwestern

Northwestern softball has earned an NCAA Tournament berth for the second straight year. NU has earned the third seed in the South Bend regional, hosted by Notre Dame. The Wildcats will face Kentucky in the first game of the double-elimination, four-team regional, which also includes host Irish and Ball State.

Last year, the Wildcats headed to Seattle to participate in a regional hosted by the University of Washington. Northwestern lost their opening game, 7-2 to BYU, but the ‘Cats rebounded to take elimination games against Iona and BYU and reach the round of 32 against Washington. The Huskies handed Northwestern their second loss of the tournament, 9-0, and sent the Wildcats home.

While the 2014 Wildcats went 33-16 in the regular season and finished fifth in the Big Ten, this year’s team finished with a worse overall record (28-21), but managed to finish fourth in the conference. NU played a challenging non-league schedule and finished 35th in the RPI rankings despite their 21 losses. In fact, 10 of the team’s 21 losses came against ranked competition.

Northwestern boasts a powerful offense, led by conference Freshman of the Year Sabrina Rabin, who hit .411, scored 50 runs, and stole 28 bases. Big boppers Andrea Filler and Andrea DiPrima each smacked double-digit longballs (Filler 12, DiPrima 10). Filler led NU with 60 RBI, while DiPrima paced the ‘Cats with a .505 on-base percentage. Kristen Wood was Northwestern’s ace, starting 31 games and recording 16 wins. Wood struck out 221 in just over 182 innings, with opponents hitting .232 against her. Amy Letourneau was the team’s number-two pitcher most of the season, but she hasn’t pitched in nearly a month due to injury. Letourneau posted an 11-9 record in 15 starts, fanning 90 in 99 innings. Opponents hit .292 against the senior. Recently, Olivia Duehr has served as the team’s second starting pitcher, but she has struggled in her first career action in the circle. Duehr went 1-2 in three starts, but opponents hit .344 against her.