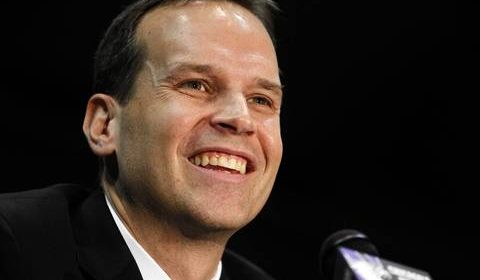 #Northwestern and Chris Collins agree to contract extension, via @TeddyGreensteinhttp://t.co/SOXvEyWMfLpic.twitter.com/c2ZGkLdVAJ

According to Teddy Greenstein, Chris Collins has agreed to a contract extension of an unknown length for an unknown salary.  Greenstein guesses that it is around $1.6 million a year and Collins did say the contract would keep him in Evanston for “the foreseeable future.”  Collins is 29-36 in his time at Northwestern.