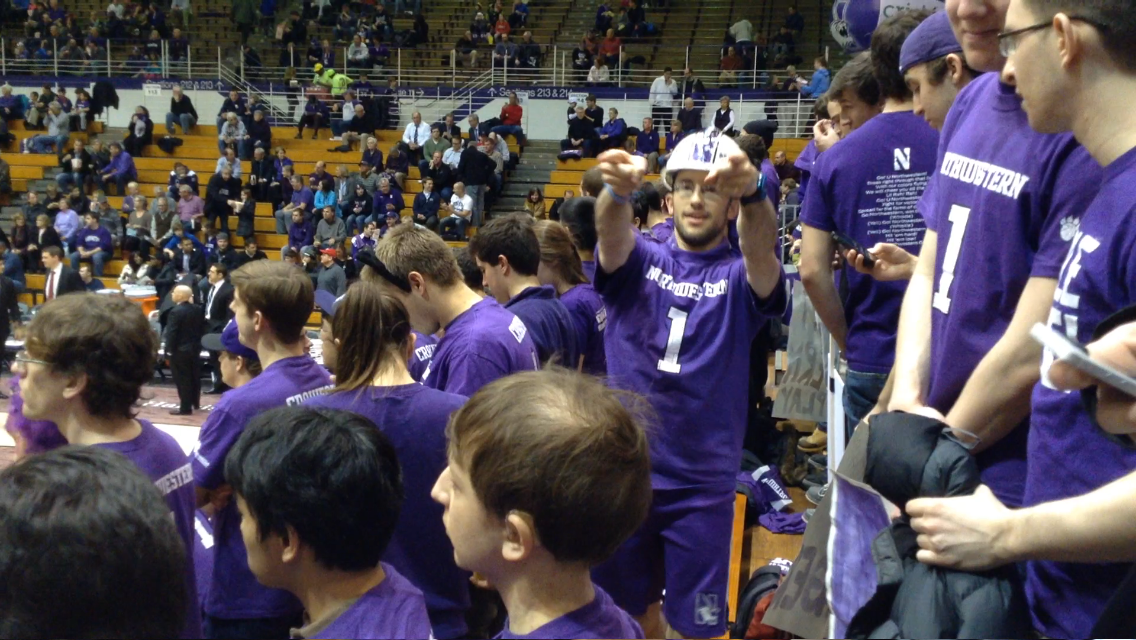 Known by many as the “hard hat guy that dances” at Northwestern sporting events, Graduate Student Noah Weiss attended numerous sporting events, becoming Northwestern’s superfan, as he had done previously at his high school and the University of Nebraska. But having completed his PhD, Weiss will graduate this summer, leaving one familiar face missing from Northwestern athletic events in the Fall.