The Year that was in WNUR Sports 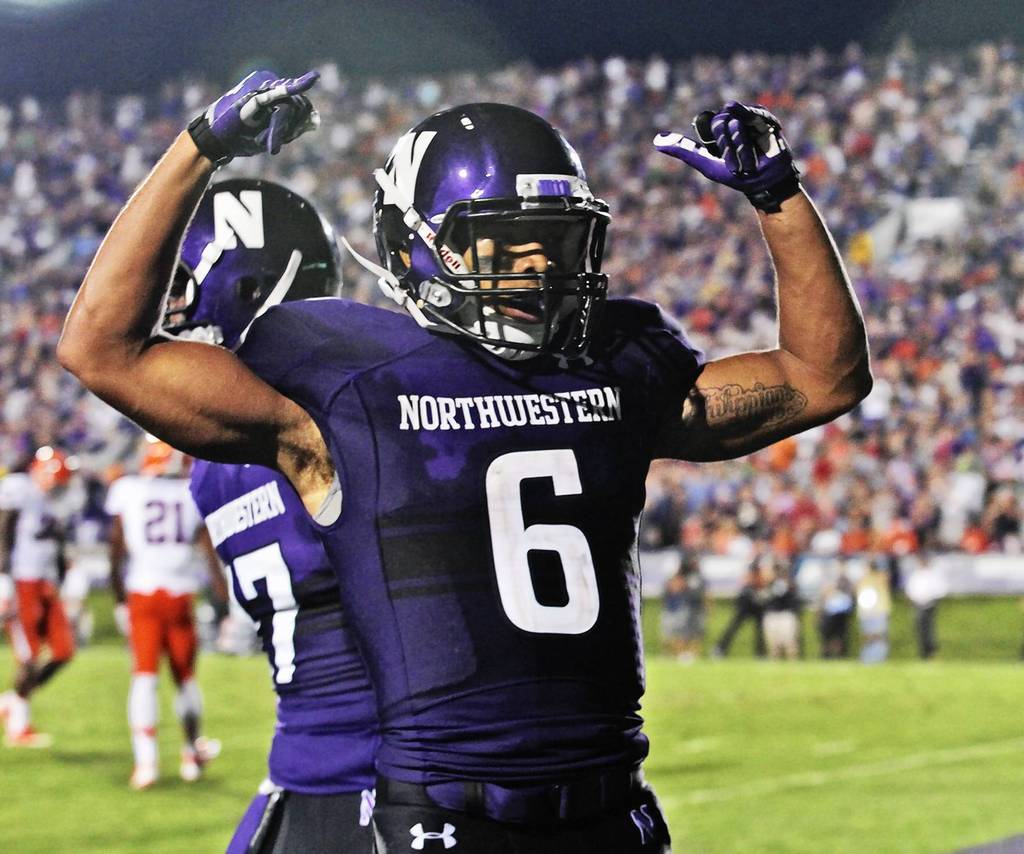 It was another crazy year in Northwestern athletics, from the football team’s victory at Notre Dame to the women’s basketball’s team’s run to the NCAA tournament to Selena Lasota’s dominant freshman season. We were there to take you through all of it, and now here’s a look back at the best from WNUR Sports in 2014-15.

In late November when it looked like all was lost for Northwestern, the Wildcats pulled a shocking upset in South Bend, beating Notre Dame in overtime, 43-40. Our broadcast crew was there for the call and you can check out the highlights here.

In late January, former Northwestern quarterback Mike Kafka joined the SportsVoice to talk about life in the NFL, highlights from his college career and his new company Roo Outdoor. While the Tampa Bay Buccaneers waived Kafka after the end of the season, he recently signed with the Minnesota Vikings and will compete to be the Vikings third-string quarterback.

After the Men’s Basketball team snapped a 10-game losing streak, the ‘Cats pulled off a shocker on Senior Night in an incredible come-from-behind, overtime victory over Michigan, led by Tre Demps and his three clutch three pointers. As always our broadcast crew was there for the call and you can check out the highlights here.

With postseason play looming, Erik Bremer attempted to predict the Big Ten Tournament based on the ferociousness of the team’s mascots. He predicted a Michigan State vs. Penn State final, which in reality, wasn’t that far off. The Spartans squared off against the Wisconsin Badgers in the Big Ten Tournament Final.

Our own Michael Stern tried his hand at predicting the field of 68 teams in March Madness, and was quite successful nailing 66 of 68 teams, just as good as ESPN Bracketologist Joe Lunardi.

Will Greer critiqued the NCAA Tournament selection committee questioning the inclusion of some bubble teams, such as Indiana and UCLA, and the seeding of others.

After Northwestern Softball walloped Wisconsin 19-0, our own Ben Goren put together some graphs to show how ridiculous Northwestern’s performance was. The ‘Cats also beat the Badgers 14-6 in the second game of the doubleheader, amassing 33 runs on the day.

One of the most improbable sporting stars in the Big Ten, Selena Lasota had an incredible freshman season, including 69 goals scored and Big Ten Freshman of the Year honors. As she put together that phenomenal year, Dorow profiled Lasota’s road to Northwestern.

With Northwestern baseball head coach Paul Stevens stepping down at the end of this past year, Stern took a look at some potential head coaching candidates including some long shots – Joe Girardi and Mark Loretta – both former players for Northwestern. Stern also predicted that Spencer Allen might get the job, and indeed Allen was named NU’s new head coach!

After Duke won the National Championship, Goren and Jason Dorow used the transitive property show that Northwestern, not Duke, was the best team in the country. Beating Brown and Rutgers really helped the ‘Cats here.

With the announcement that Illinois would move it’s three home games from Champaign to Soldier Field, Goren took a look at who really is Chicago’s Big Ten Team.

With Playoff Hockey in full swing, Ryan Fish looked at the potential for a Northwestern Hockey Team.

After InsideNU published a documentary on former Wildcat Reciver Kyle Prater, Goren and Dorow sat down with InsideNU’s Henry Bushnell on the FlexZone to talk about Prater, his future in the NFL and the production of “If You Quit Now…”

While Auston Anderson hasn’t played a down at Northwestern yet, he became one of the first players the media wants to talk to. Dorow interviewed him for his audio piece, Size is No Match for Auston Anderson’s Personality.

Taking a look back on the entire year in Northwestern Athletics, the WNUR staff gave out some End-of-Year awards recognizing the player of the year, game of the year and much more.

Our own Josh Burton looked at Northwestern’s APR and how the school has had a stranglehold on the rankings recently.

Ari Ross profiled Northwestern’s superfan Noah Weiss, a graduate student, who finished his PhD work this past spring. Weiss is known by many as the “Hard Hat guy that dances” at Northwestern sporting events and estimated that he attended about 360 events in his six years in Evanston.