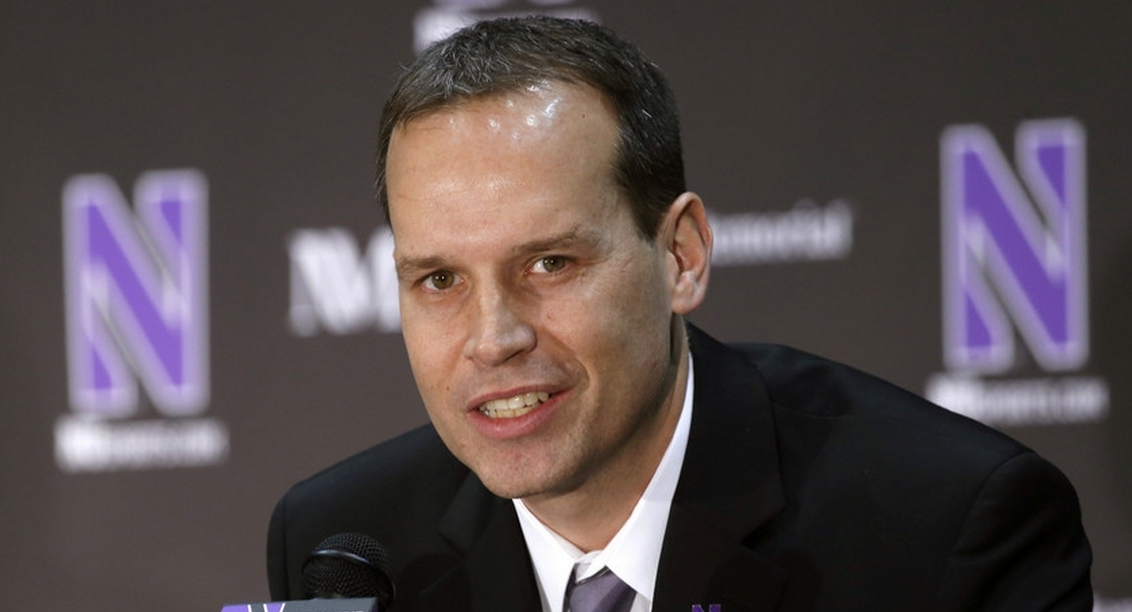 Even with all eyes on the upcoming football season, NU basketball is right around the corner. Let’s forgo 2015 and take a look at the 2016 recruits. Coach Collins has dished out about a dozen offers and still has work to do. Here is how things have turned out thus far:

Two commits have answered Collins’ call and are Evanston bound.

Illinois native Rapolas Ivanauskas – a 4-star recruit – heads the 2016 class thus far, ranked 127th nationally by 247Sports. The 6-foot-9 small forward committed back in April. With an ability to dribble and a nifty spin move, he can open up scoring opportunities for everyone on the court. Ivanauskas’s commitment locks up three years in a row for Collins with a 4-star recruit, and he should be an excellent addition to the Cats’ squad.

Isiah Brown from Nine Mile Falls, WA, followed with a committment in May. The 3-star point guard stands at 6-foot-1 and 165 pounds, and he is ranked as the fourth best recruit out of Washington. The Wildcats nabbed Brown early on in his recruitment, as his only other offer came from Washington, an offer which he originally received while in junior high. He will be the first true point guard to join NU since Bryant McIntosh, so there’s a good chance he splits bench minutes with freshman combo guard Jordan Ash. Brown’s speed and passing skills should both be valuable to the Wildcats in 2016.

Collins has offered a ton of post players as well, but Northwestern is still in dire straits for a center. Barret Benson is atop Collins’ list. A local kid from Hinsdale South HS, Benson is regarded as the 20th best center in the country. At 6-foot-9, he’s not the tallest guy on the court, but he’s slimmed down from 240 pounds to a much more manageable playing weight. He has offers from a host of other Big Ten schools including Illinois, Nebraska, Purdue and Illinois. Benson just made an official visit to NU about a week ago, and it looks like Collins will make a huge push to land one of the best local prospects.

Dylan Painter would be a solid consolation if the Wildcats fail to get Benson. His 6-foot-10, 215 pound frame is definitely undersized for a Big Ten center, but with time he could grow into a legitimate threat on the block. The Pennsylvanian big man has a slew of places to choose from, including Iowa, Xavier, Georgia Tech and George Washington. He would be a nice addition, but it may take a couple years for Painter to truly own the 5 spot on the court.

The off-guard who’s really grabbing NU’s attention is Jagan Mosely. Acording to 247sports.com, the 6-foot-3 St. Anthony standout ranks 23rd nationally for his position. 15 schools have also extended offers so far, including Harvard, Rutgers, Xavier and Rhode Island. His popularity is well deserved with his athleticism. He can flat out get up.

The remaining targets are mostly point guards. New Jersey native Breein Tyree has offers from 22 schools, so he could end up anywhere. Xavier Simpson is a four star recruit from Ohio. As the 16th ranked point guard in the nation, he is a hot commodity in the Big Ten. Wolfgang Novogratz calls Brooklyn home and has potential to arguably be one of the coolest names to ever grace Northwestern athletics. He isn’t highly touted, but with a name like that who cares? The most reasonable and realistic candidate for NU is Quentin Jackson. With nine other offers, Northwestern is the sole member of the Big Ten. At 6-foot-4, the ‘Cats could potentially have a very tall and lengthy lineup. Setting up NU to combat the physicality of Big Ten play.

Northwestern has a large stable of wings on their projected 2016 roster and several point guards to back-up McIntosh. The real focus now is on landing the heir to Alex Olah. Otherwise, 6-foot-8 forwards Dererk Pardon and Gavin Skelly will be thrust into a position that neither one of them is built for. Add that final piece, and Collins has another spectacular recruiting class for NU.