Posted on August 7, 2015 by WNUR Sports Leave a comment 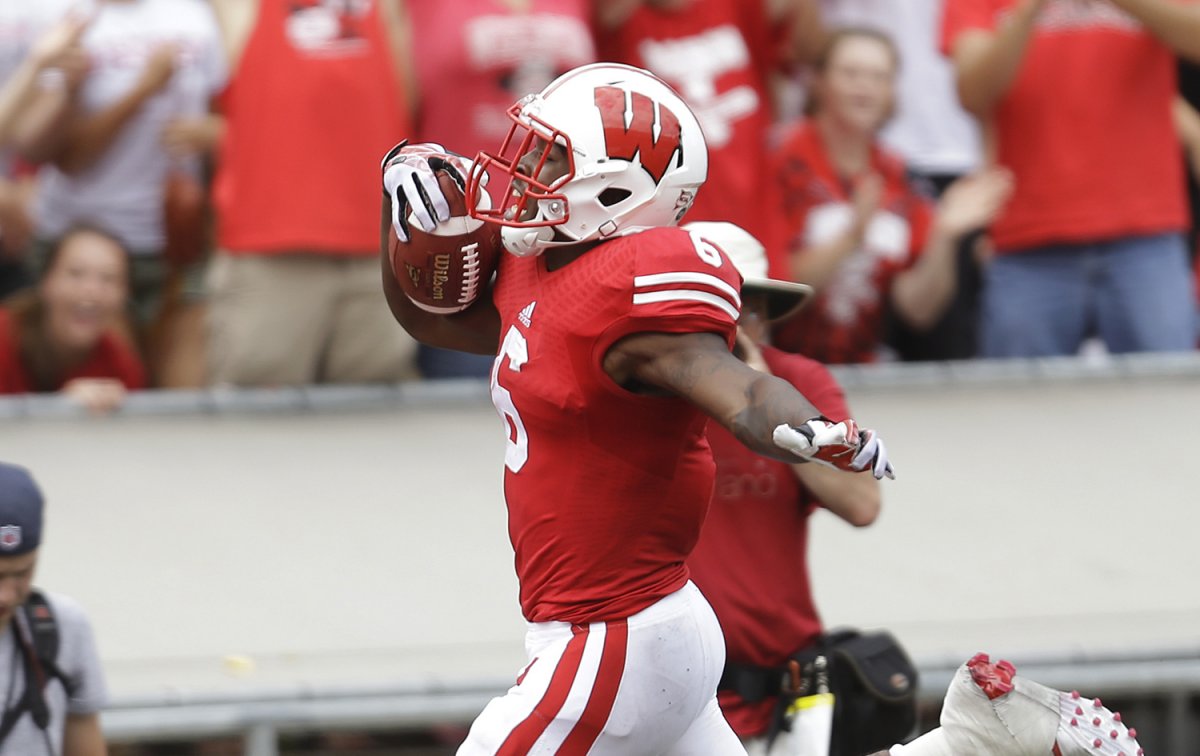 Our Big Ten preview series is back. Over the next few weeks, we’ll make our way through the Big Ten East and West from the bottom to the top.  The countdown ends with the Wisconsin Badgers.

Our own Nick Scoliard looks at our Big Ten West favorites who are still licking their wounds after a less than perfect Big Ten Championship game.

Meet the new offense, same as the old offense. Despite a change at head coach, two top receivers leaving, a QB change-ish, and the departure of the best RB in college football, this offense looks somewhat similar. This will still be a run-heavy offense, and the ball will be in the hands of Corey Clement, who almost rushed for 1000 yards last year underneath Melvin Gordon. He got plenty of reps to prove his worth, and the transition should be as smooth as it can be with the Jim Brown and Doak Walker award winner in the pros. Joel Stave now officially takes over the QB spot, moving Tanner McEvoy to safety and WR. Stave was competent enough during his play, gaining 6.6 yards per attempt, but he had a bad 9/10 TD/INT rate. Now with the full confidence of the team behind him, he should play more like his 2013 season, where he posted a 7.4 Y/A and a 62% completion percentage. While he loses some of his better targets from last year, Sam Arneson and Kenzel Doe, he still has last year’s receiving yards leader in Alex Erickson. While there might be problems with three of the starting OL leaving, the stability with the rest of the offense should make the transition easy

While the offense is looking for stability in a huge transition, the defense has it in spades. Caputo and Biegel lead the defense, which might contain one of the best secondary units in college football. Caputo’s squad has plenty of experience and depth, with corners Darius Hilary and Sojourn Shelton returning to their roles. Tanner McEvoy and Lubern Figaro are fighting for that last free safety spot, but expect both of them to see the field. The front of the defense is solid as well, with Biegel and Joe Schobert as phenomenal outside linebackers. The duo combined for 10.5 sacks last season, but struggled against the run, even letting Auburn gain 219 yards. The defensive line will be attacked mercilessly by teams this season, as it represents the weakest part of the defense. The key as the season rolls on will be if the secondary and OLBs can reinforce the defense enough to stand up to the Big Ten (and Alabama).

Drew Meyer returns for his last year at punter for the Badgers. While his numbers have dipped since his freshman campaign, averaging 41.5 yards in 2012 to 37.4 last season. He still has the job secured, but Badger fans will be a little nervous when 4th down comes around. However, K Rafael Gaglianone hopes to recreate his success from last year in his sophomore season, and is on the pre season Groza Award watch list. He was an All-Big Ten honorable mention last year, making 19 FGs out of 22, and only missed 2 PATs all season. Time will tell if he produces a sophomore slump, but it looks like he’s ready for another stellar year. On the other side of special teams, the Badgers are looking to fill the hole Doe left, who had both kick and punt returning duties last season. At this point, the Badgers haven’t committed to anyone as either a punt or kick returner for the season, and they’ve been testing out different possibilities in practice and drills. Some of those guinea pigs include Erickson, Natrell Jamerson, Rob Wheelwright and a few others. This may be a returner-by-committee sort of deal, but look for the committee to diminish by the time they head to Texas early September

I have the privilege of writing this article 100 feet away from Camp Randall in my apartment, and have been surrounded by Badger faithful all summer. You’d think after a bowl win against Auburn and a 3rd Big Ten Championship appearance in 4 years, Badger fans would be happy. But I have not met a single Badger fan yet who doesn’t consider last year’s season to be at least a little embarrassing because of the 59-0 annihilation at the hands of College Football Champions Ohio State. Time will tell if this embarrassment will light a fire under the team’s belly or if they’ll sulk through the season and have an even more disappointing year. Besides Gordon, Doe, and Anderson leaving as coach, there was not a lot of turn around on this team. Gordon is a huge loss, but they seem to be able to replace a good portion of his workload, even if they won’t get that superstar on the field. Wisconsin is now under their 3rd head coach in 4 years, but with this much talent and Paul Chryst having experience in Madison, the turnaround will not be jarring. There’s going to be two non-championship/bowl games that determine exactly how this season goes – Alabama to kick off the season at AT&T Stadium in Texas, and at Nebraska in early October. Alabama is going to set the tone for the season – another huge loss and Wisconsin and its fans might slump deeper down into a funk. A close game or even a victory will supercharge Madison and start the Badgers off rolling. Nebraska will most likely be the deciding game for the Big Ten West, and neither I nor anyone on WNUR’s staff, save for Austin Miller, see another team in the top two besides UW and Nebraska. Most of the staff, myself included, believes Wisconsin will pull through that game and coast until they go to Lucas Oil Stadium and avenge their last season.

Wisconsin beats Alabama, generating huge buzz for how their the team to beat and the Big Ten isn’t garbage, and then go on to destroy Nebraska.  Corey Clement becomes Gordon 2.0, the secondary shuts everyone down, and Joel Stave goes super saiyan. They then don’t lose again and destroy Ohio State in the Big Ten Championship, and eventually win the College Football Playoff.

They lose a humiliating game to Alabama, and then lose to Nebraska as well, starting a downward spiral and finish the season 3rd behind Iowa at 8-4. Clement does decently, but no where near enough to shift defenses away from Joel Stave and he puts up a terrible TD/INT ratio again. The defense gets pounded by running backs and the secondary is helpless to do anything. They play on New Year’s Day in the Buffalo Wild Wings Citrus Bowl, but lose.