Posted on August 14, 2015 by Michael Stern Leave a comment 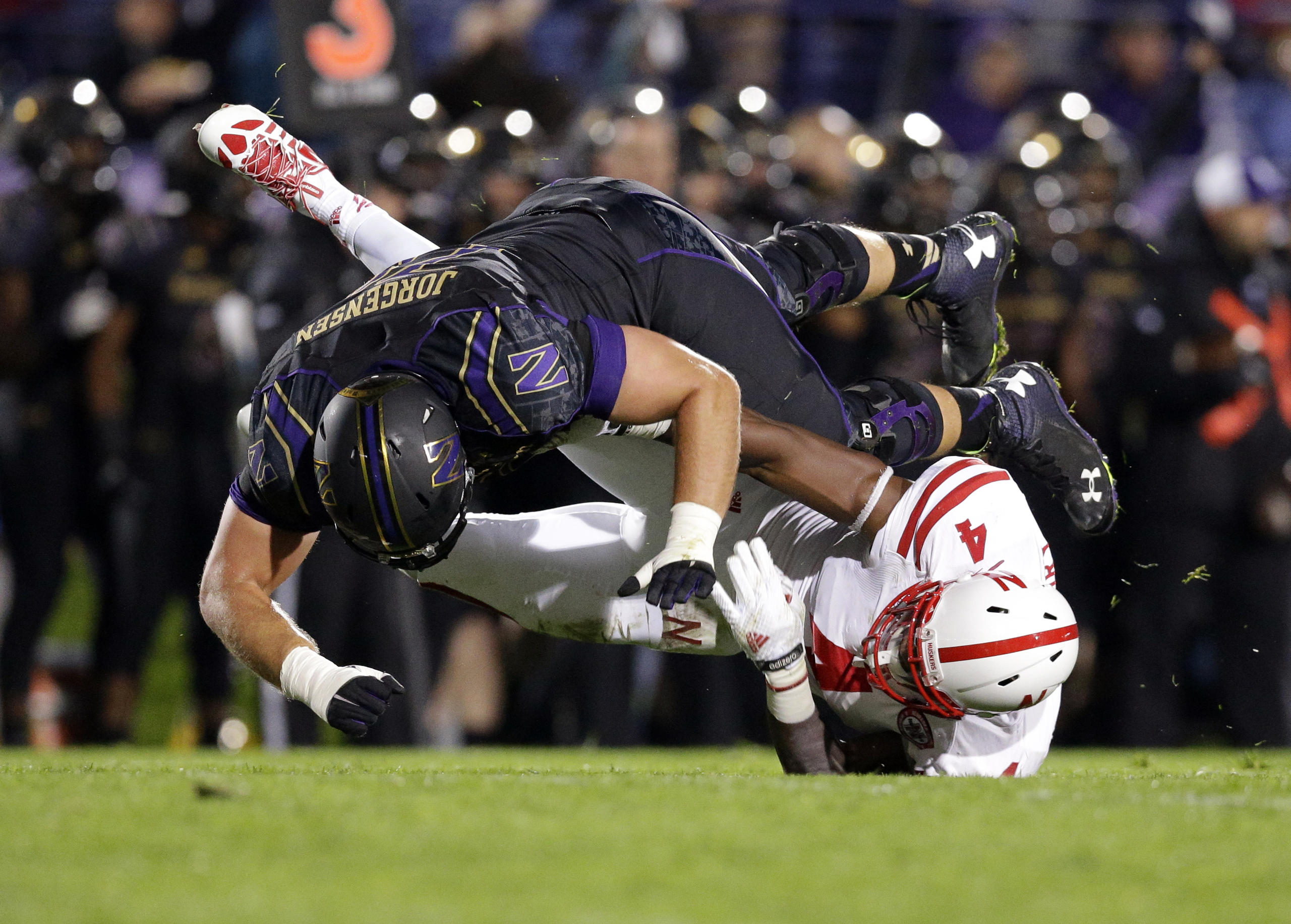 To kick off our offensive previews, Michael Stern examines the offensive line’s prospects for 2015.

*Matt Frazier is out for week one vs. Stanford due to a staph infection he had this summer. There is no timetable for his return.

A talented offensive line helped the Wildcats to a 10-win season and a Gator Bowl victory in 2012. The Wildcats allowed only 16 sacks all season, good for a conference-low 1.23 per game. In 2013, NU plummeted to 11th in the 12-team league, surrendering 2.92 sacks per game. Last season was not much better, as the ‘Cats allowed 2.83 sacks per contest, good for 12th in the 14-team Big Ten. In addition to protecting a new quarterback, the Wildcat offensive line must open up holes for Justin Jackson on early downs to put the team in manageable third downs. Losing long-time starters Paul Jorgensen, Brandon Vitabile, and Jack K0nopka hurts, but Konopka lost his starting spot at right tackle to Eric Olson last season, and Geoff Mogus will likely outside from left guard to replace Jorgensen at left tackle. Finding a replacement for Vitabile is the team’s top priority on the line, and sophomore Brad North appears to be on the inside track to replace the four-year starter. Ian Park has starting experience, and he is competing with Adam DePietro to replace Mogus at left guard. Matt Frazier was slated to start at right guard, but he suffered a staph infection over the summer. Frazier is expected to make a full recovery, but junior Shane Mertz has been taking first-team reps at right guard in Frazier’s absence.

The Wildcats return three starters from last season (provided Frazier makes a full recovery from his staph infection), and the Northwestern line had some great games in 2014. NU put up 547 yards in South Bend, and another 385 at home against Wisconsin. There were also tough Saturdays for the o-line (the -9 rushing yards against Michigan and 180 total yard disaster in Iowa City were particularly egregious), but this inconsistency plagued the Wildcats in many areas last season. Northwestern does return more linemen than it loses, and those returning linemen showed some promise in 2014.

Depth is always a concern for the Wildcats, and the team’s lack of offensive line depth puts them behind the eight-ball from the start of the season. Rather than return all three starters to their 2014 positions, Geoff Mogus is set to move to left tackle, leaving a void at left guard. Between Mogus’s move, Vitabile’s graduation, and Frazier’s sickness, the middle of the Wildcat line will be vulnerable in week one against the vaunted Stanford pass rush. NU also does not appear ready to handle an injury to any of its returning starters, as most of the team’s reserves have seen limited game action, if any.

Brad North has big shoes to fill in the middle of the Wildcat offensive line. Brandon Vitabile started at center in Evanston for four years, and North beat out veteran Ian Park to take the starting job. North came to Evanston from Allen, Texas as part of the 2013 recruiting class, and Rivals ranked him as the ninth-best center in America that year. If North lives up to his potential, perhaps the situation in the middle of the Wildcat line is not as dire as it first appeared.

Several inexperienced players will have to step up for one of NU’s weaker position groups to improve on a pair of inconsistent seasons.