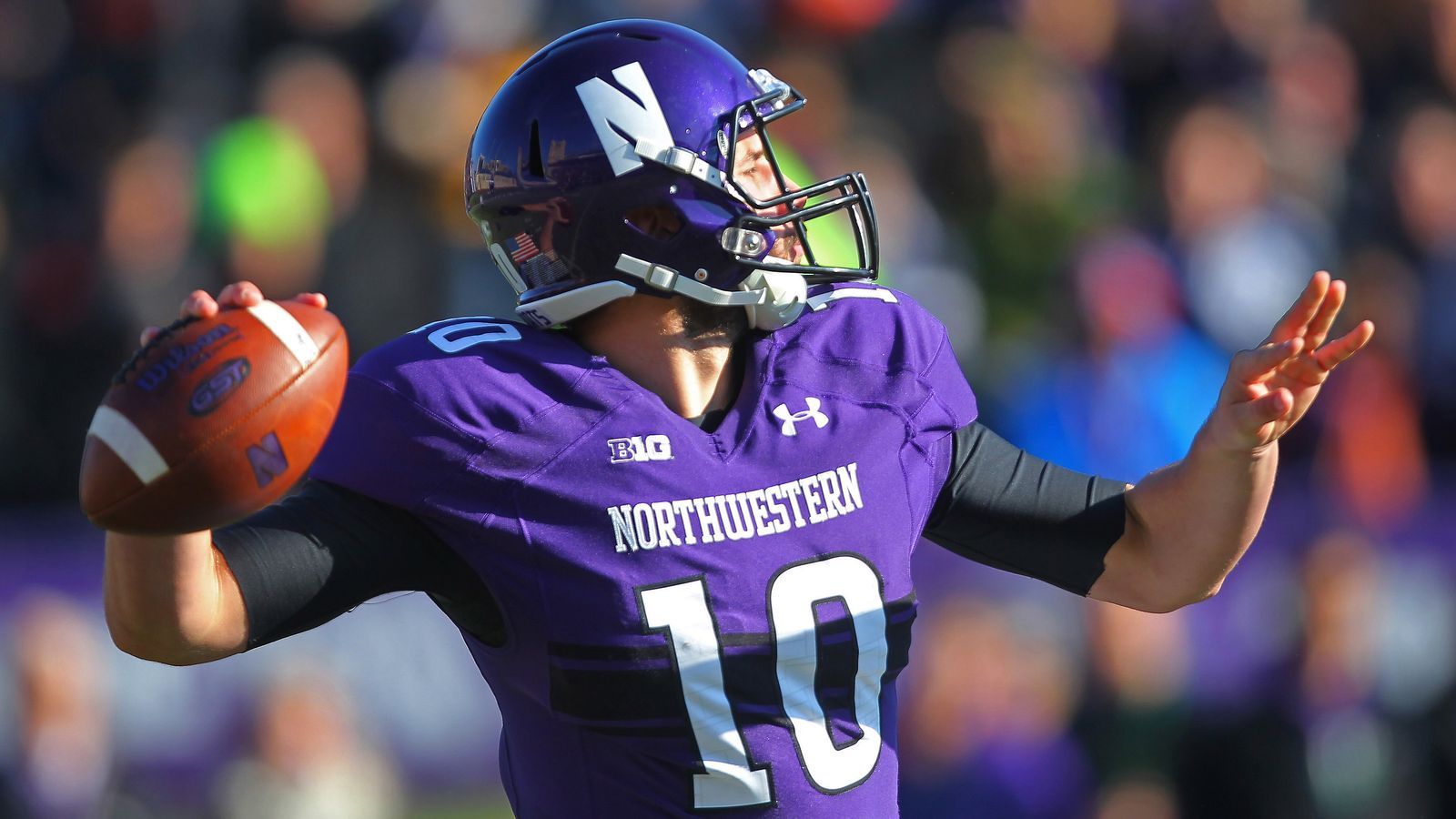 Our Sam Rudnick looks at the quarterbacks, who are still locked in a 3-way battle for the starting position.

When the Wildcats take the field against Stanford on September 5th, redshirt freshman Clayton Thorson will likely be leading the offense. Thorson’s rare combination of size, speed, and arm strength make him a strong candidate for the starting quarterback role amongst other solid contenders.

If/when Thorson does start, he will have beaten out senior Zach Oliver and sophomore Matt Alviti for the position. Both Oliver and Alviti logged snaps under center during the 2014 campaign after senior starter Trevor Siemian went down with a torn ACL. Thorson looks to replace NFL draftee Siemian, who was taken 250th overall by the Denver Broncos. Last season for Northwestern, the aerial offensive firepower rarely surfaced for the 5-7 team.   NU quarterbacks combined for just 9 touchdowns and 14 interceptions.  Siemian was actually tied for third on the team in touchdown receptions.  He caught one.  No WIldcat caught more than 2 touchdowns.

For Northwestern to have more consistency on offense this year, the passing game must improve from last season. With three capable quarterbacks available for the Wildcats, there should be some pressure and competition on the starter to perform. If this is indeed Thorson’s team, Northwestern fans are hopeful he will meet the challenge and lead the team to its first bowl game since 2012.

Mobility. Last season, Trevor Siemian was limited in terms of both his ability to run the ball on designed sets as well as escape the pocket.  With Thorson as the projected starter and Matt Alviti figuring to get some snaps as well, NU will have a quarterback who defenses will have to account for in the run game, and, if things break down, can extend plays in the passing games with his legs.

A mobile quarterback and the return of Justin Jackson means that the run should open up the downfield passing game. Excitement in Evanston is brewing this summer with hope that the spark provided by the former first team all-state QB, the solid second year runner, and a very good group of teammates and backups at the skill position will lead to an improved squad and a team that can compete for division and conference titles down the road.

Quarterback battles are fun as fans, but NU’s might end up being detrimental to the team.  If Thorson is the opening day starter and struggles early, as freshman are wont to do, will Pat Fitzgerald and Mick McCall stick with the youngster or turn to the experience on the bench? Having lots of capable bodies is a good problem to have, but the threat of constant rotation and tinkering could keep quarterbacks from getting into a rhythm.

Early on, Northwestern fans may be desperately longing for the days of Mike Kafka, Kain Colter, and even Trevor Siemian. But for Northwestern to succeed in 2015 and in the future, they’re going to have accept that growing pains are part of the process.

EVERYONE’S IMPORTANT!  Thorson unofficially looks to be the starter and therefore will have the most important impact in the offense when the season starts. However, without any of the three standing out as the clear starter just yet, all three are going to have a role to play in keeping the offense afloat. Thorson seems to provide the most immediate talent and likely has the biggest upside. Alviti has a bit more experience after appearing in four games last season, and he’s too quick to not see any snaps. Lastly, Oliver carries the most experience of the three and will need to serve the veteran leadership role. As of now, it seems that Thorson generates the most excitement and with it the most pressure. Wildcat fans would be wise to keep expectations in check.  He’s still a redshirt freshman who hasn’t played in a competitive football game in just under 2 years.

With the potential to thrive, a balanced offensive attack bolstered by mobility at the QB position will give Northwestern their best chance to put up points in 2015.