So you want to join WNUR Sports? 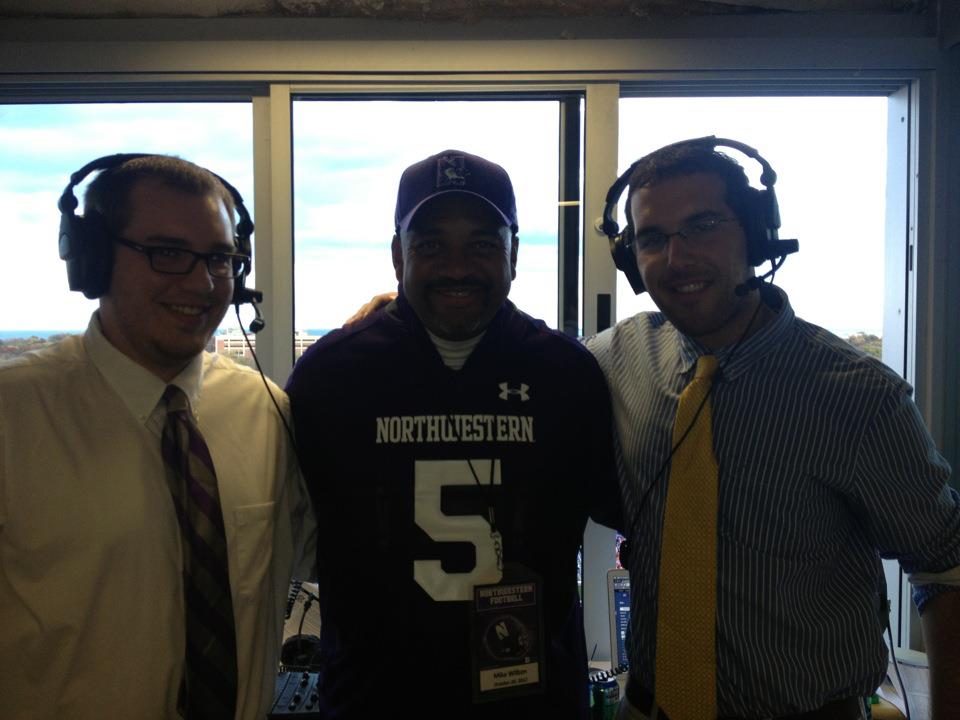 Maybe you’ve been at Northwestern for a year or two and you’re thinking about expanding your horizons. Maybe you’re a freshman who’s ready to make an impact from day 1.  Either way, we’re confident that WNUR Sports is the right place for you.

WNUR Sports is unmatched in its ability to let you cover Northwestern sports in every way imaginable.  We have the online wing of our operations where you can develop your skills as a writer.  We have weekly podcasts and opportunities to create audio stories as well as visual stories.  But what we excel at is our on-air coverage of Northwestern sports.  All in all, WNUR Sports will cover 9 sports in the 2015-16 school year. We’ll be in the Big House, Camp Randall, and Soldier Field covering Northwestern football.  We’ll be at the Chicago Fire’s home field Toyota Park to cover men’s and women’s soccer.  We’ll travel across Big Ten country to broadcast every NU women’s basketball conference game.  We’ll be on the air to call the men’s basketball team’s first NCAA tournament game.  We’ll follow the women’s lacrosse team, one of the biggest dynasties in any sport, to the final four again.  We’ll watch Spencer Allen’s first season at Rocky Miller Park.  And we’ll be at “The J” to broadcast the softball team as well.

Here’s us at the women’s Big Ten Tournament.  Here’s us calling one of the most ridiculous basketball games you’ll ever hear when Tre Demps hit like 5 buzzer beaters.  Here’s us interviewing NU football great Mike Kafka on our weekly talk show “The SportsVoice.”  And of course, us live in South Bend on the call as NU knocked off Notre Dame on a Jack Mitchell field goal.

No other student sports media group offers the breadth and depth of experience that WNUR Sports can.

But we need you to keep the station strong!

If you want to work towards a future of being a professional broadcaster, be part of a great group of guys and girls who love sports, or just want the opportunity to go to some of the best sports venues in the country, join WNUR!

If you have interest in joining our station, DM us on Twitter, message us on Facebook, or shoot the sports directors an email: Jason Dorow at jasondorow2017@u.northwestern.edu or Ben Goren at benjmaingoren2016@u.northwestern.edu.  We look forward to welcoming in the newest recruiting class of WNUR Sports!