Pat Fitzgerald released Northwestern’s official depth chart for its Week 1 matchup against Stanford. On offense, there weren’t many surprises: 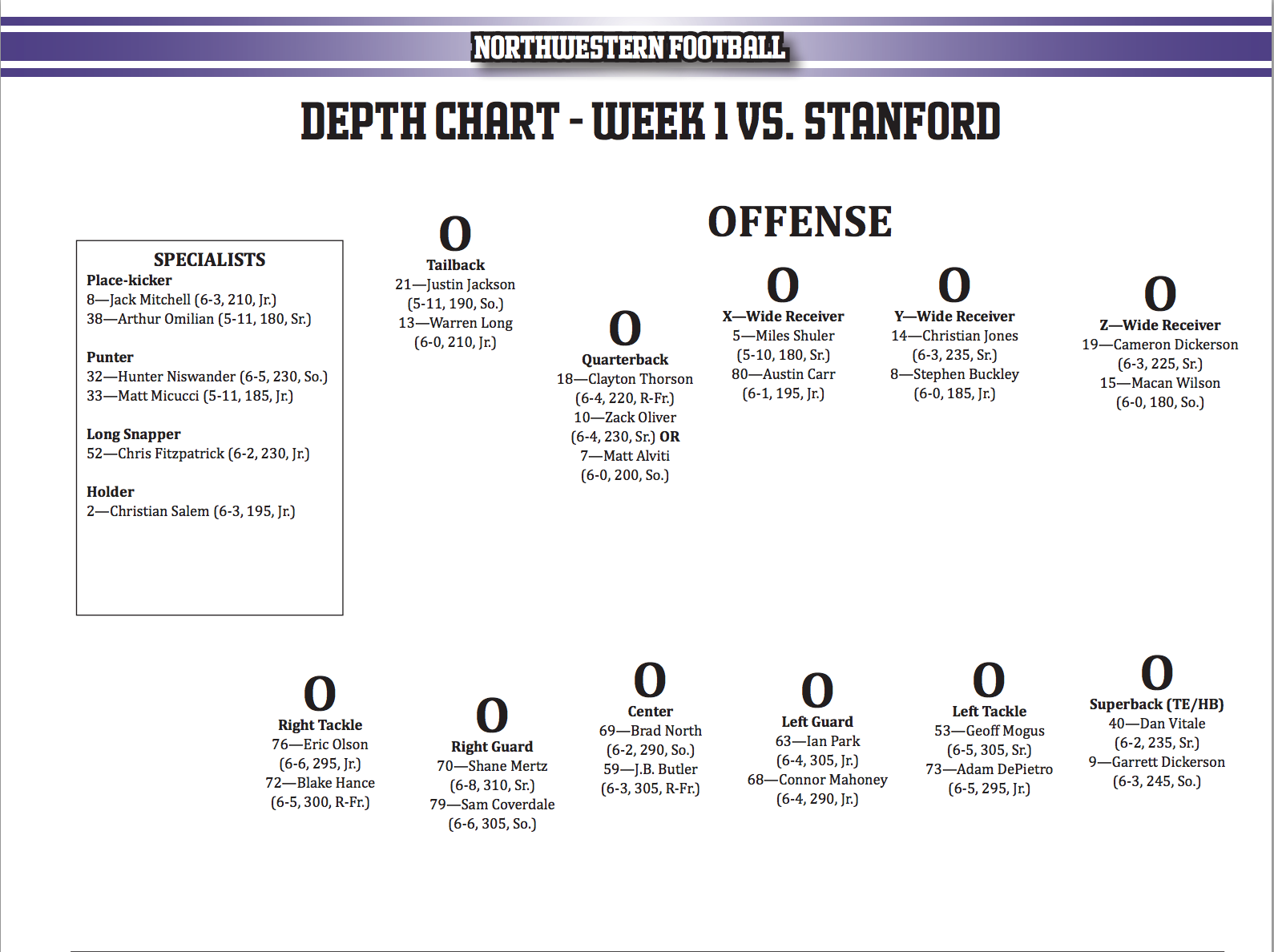 As announced last week, Clayton Thorson is the number one quarterback. Don’t be surprised, however, if either Matt Alviti or Zach Oliver get some action as well in their own package.

On defense, Fitzgerald said expected starter at defensive tackle Greg Kuhar is “doubtful” for the Stanford game, and he was left off the depth chart. Sophomore Tyler Lancaster had some nice moments in camp and is now in that starting role. Here is the full defensive depth chart: 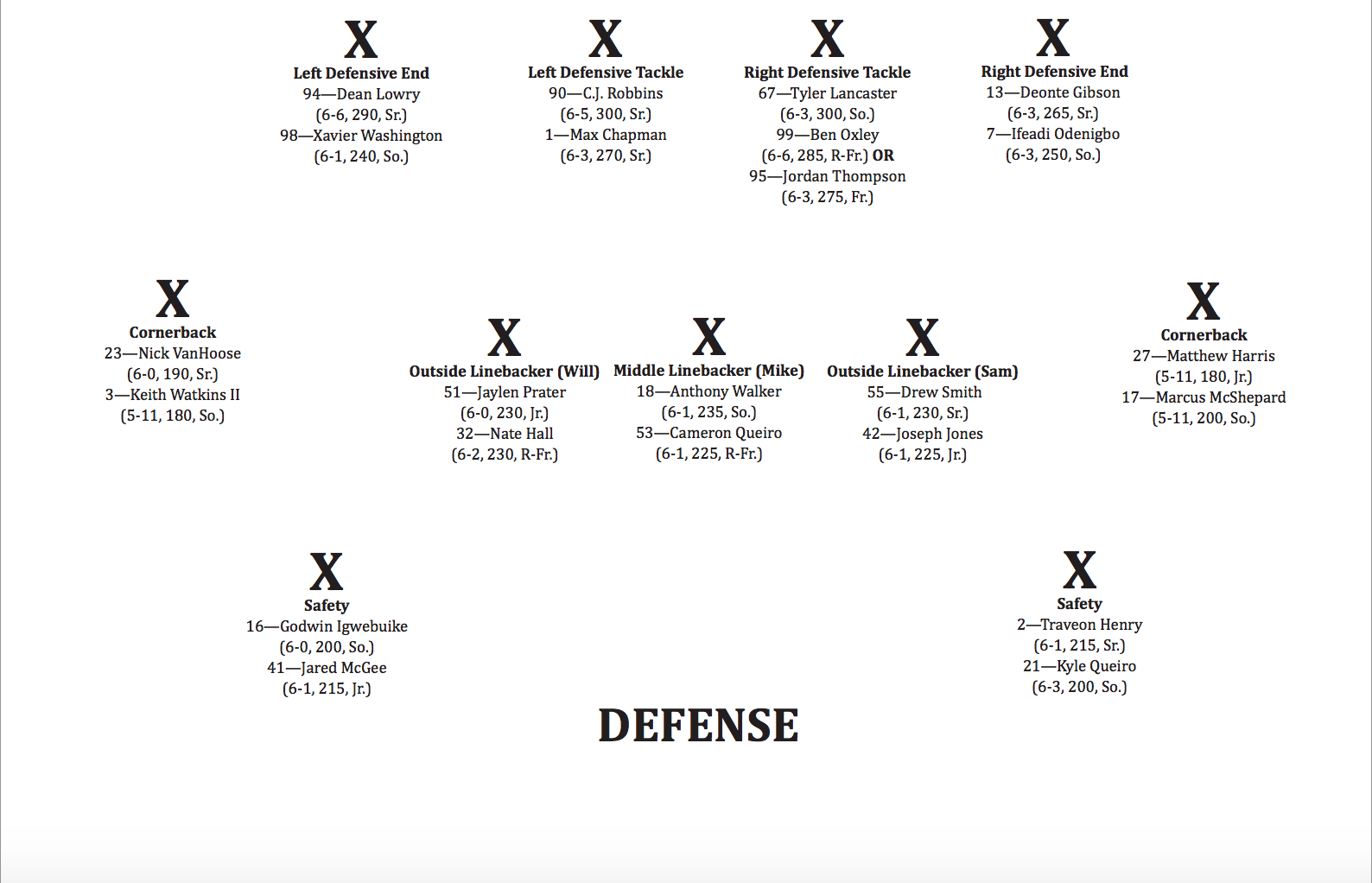 We’ll continue to have updates as the ‘Cats’ first game draws closer. Kickoff at Ryan Field is this Saturday, 11 a.m. Central Time.