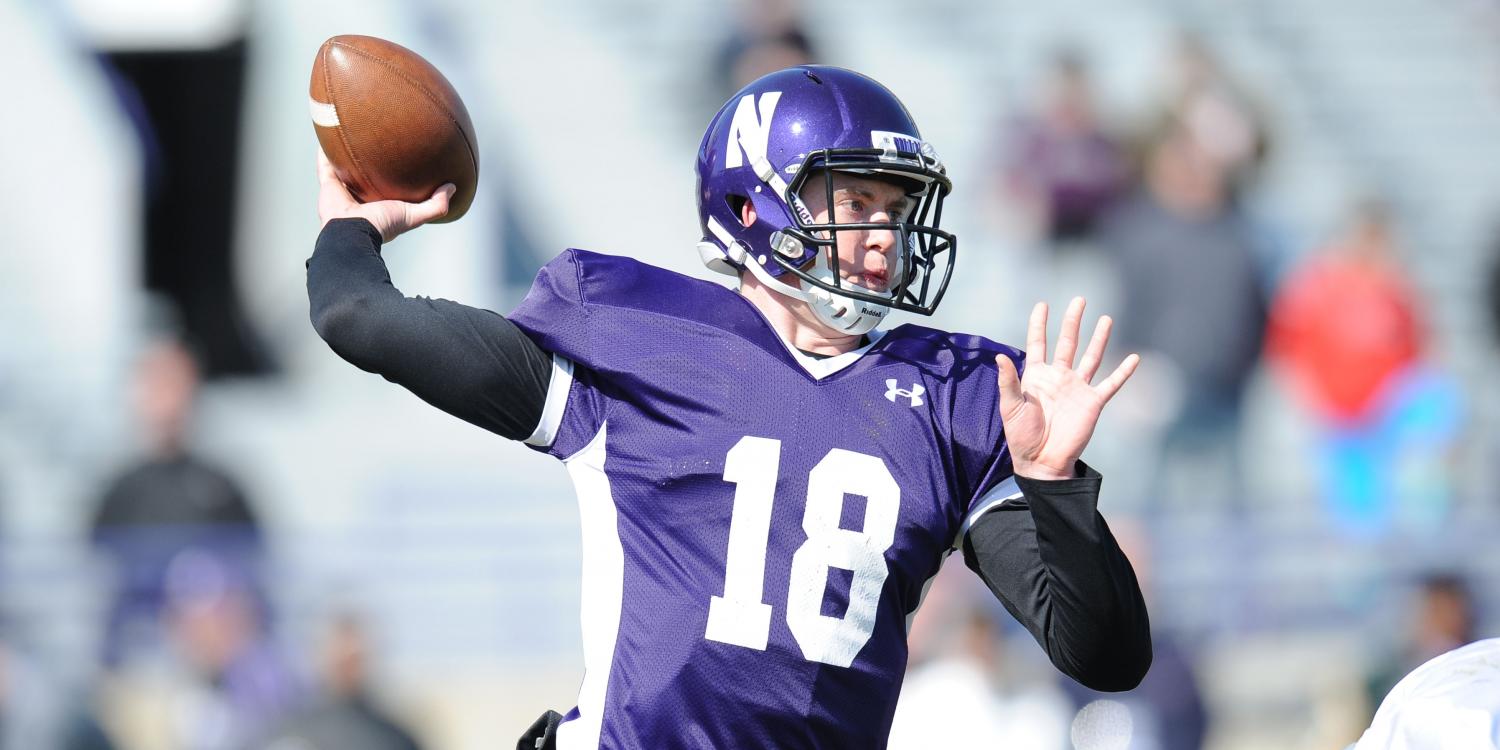 Clayton Thorson, who was named Northwestern’s starting quarterback last Thursday, wears No. 18 on his back. And as obvious as it sounds, Thorson will have a huge impact on Northwestern’s season and possible bowl hopes.

Of the three QBs who competed for the starting job, Thorson was the most suited for Mick McCall’s offense and has the brightest future. The four-star recruit was ranked the as the No. 6 dual threat in the country per Rivals.com. As a senior in high school two years ago, Thorson passed for 2,809 yards and 29 touchdowns while rushing for another 630 yards and 12 touchdowns.

How Thorson does under center, whether he struggles early, or finds his groove in McCall’s offense, will ultimately define Northwestern’s offensive performance and their season as a whole.

In 2012, when the ‘Cats finished 10-3 and won their first bowl game since 1949, they allowed 1.49 sacks per game, best in the Big Ten. If Northwestern is going to put together a solid season and a possible bowl-berth, the Wildcats offensive line has to do a better job of protecting their quarterback. Too often over the last two years was Trevor Siemian under duress, having little time to throw. Last year Northwestern ranked 83rd and 89th respectively, in College Football Outsiders Adjusted Line Yards and Adjusted Sack Yards. If Northwestern wants to finish between than 5-7 this year, their offensive line improving upon their performances from the last two years will be a start.

This year, Northwestern can only dink and dunk so long. To win games in the Big Ten and against non-conference opponents, Northwestern is going to have to make plays down-the-field in the running and passing game. Averaging just over 4 yards per play isn’t going to cut it if the ‘Cats have bowl hopes and want to make noise in the Big Ten West.

Despite the offensive line’s struggles in 2014, Northwestern was still able to strike gold in the running game. Before Venric Mark’s transfer last offseason, freshman running back Justin Jackson seemed to be just an auxiliary piece in the Wildcats’ backfield. Instead, he eventually became the starter and thrived, rushing for 1187 yards and 10 touchdowns. He also caught 22 passes for 201 yards and a touchdown in 2014, proving his ability in the passing game as well.

Jackson was only the second Wildcat to reach those numbers on the ground in the past decade, proving he has the talent but also the durability to produce throughout the season. Given the team’s question marks at offensive line, wide receiver and a new starting quarterback, there’s no question that Jackson will be called upon early and often to produce for this offense.

Due to injury, ineffectiveness or offensive scheme, this year’s three projected starters at wide receiver (Christian Jones, Miles Shuler, Cameron Dickerson) combined for 47 catches, 508 yards and a touchdown last season. For perspective, Kyle Prater had more catches, receiving yards and touchdowns in 2014 than this year’s starters did. Replacing the production of now-departed receivers like Prater and Tony Jones will be easier said than done.

True, there is depth and experience at the position, as all three starters are seniors. It remains to be seen, however, if any of them will be able to step up in 2015. Christian Jones led the team in receiving in 2013, but how will he respond after a year off and a serious knee injury? Shuler lacks size but is a serious burner, yet neither he nor Dickerson have yet to make a serious impact; can either of them impress this fall? If any of the three can be a reliable target, it would do wonders for Thorson’s psyche and could go a long way toward fixing NU’s severe lack of explosive plays.

While NU’s defense certainly had its strengths last year (5th in the conference in defensive pass efficiency and interceptions), getting pressure on the opposing quarterback was not one of them. Northwestern had 17 sacks for 110 yards on defense in 2014, by far the worst numbers in the B1G. That stat is on the whole defense, but particularly the defensive line. The team’s rush defense was alright, but the ‘Cats were rarely able to get penetration into the backfield and disrupt a play early on (and potentially cause a turnover).

Northwestern is slated to have a talented and experienced secondary which can be even more effective if opponents have less time to throw. The defensive line is also talented, but guys like Dean Lowry, Deonte Gibson and Ifeadi Odenigbo (to name a few) must prove that they can establish a solid front four that can collapse a pocket and get in the quarterback’s face. Oh, and a few more sacks here or there wouldn’t hurt, either.