Around the Big Ten Week One

Posted on September 3, 2015 by Ben Goren Leave a comment 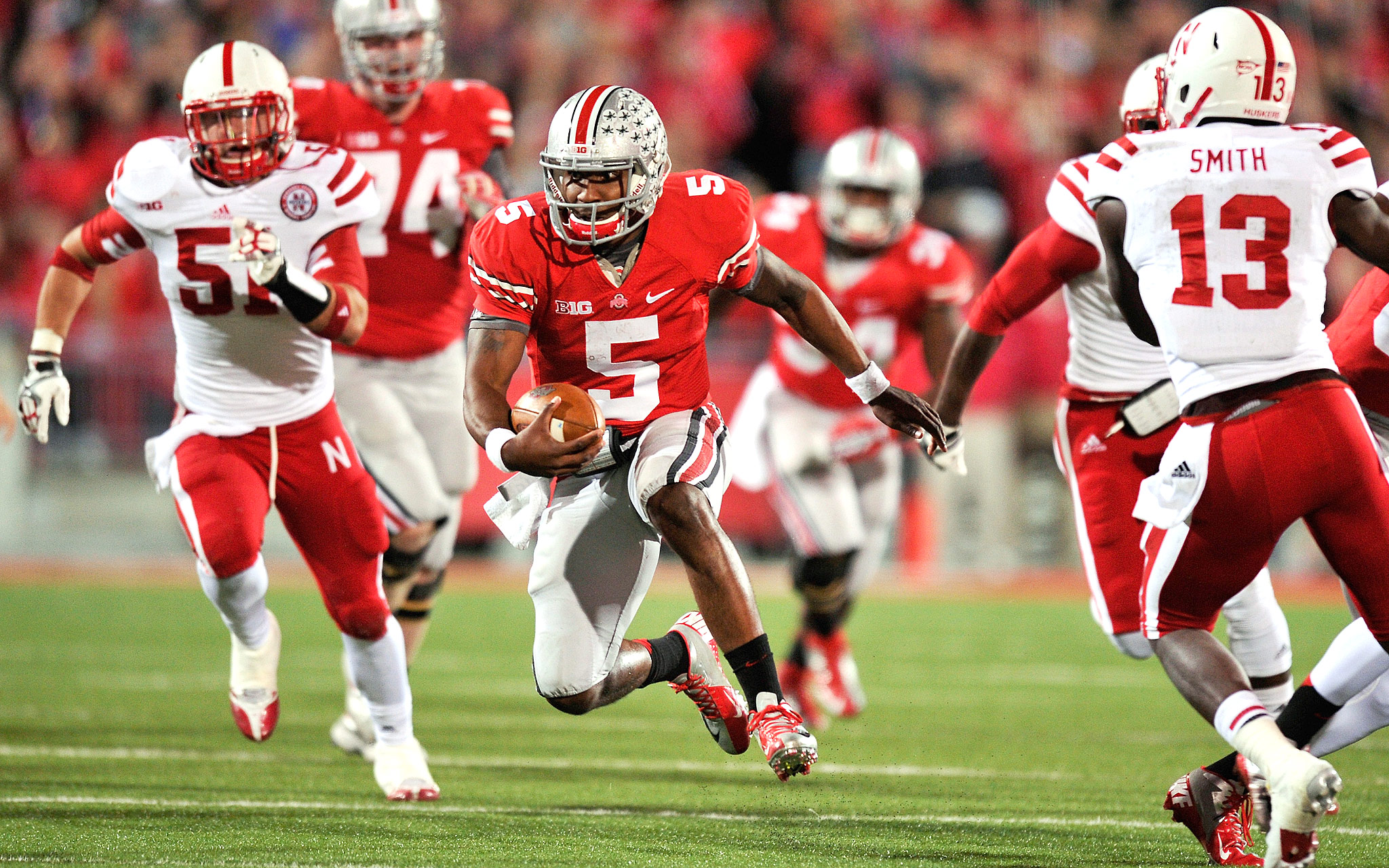 It’s game week. Let me repeat that. GAME. WEEK. Time to refill all those anxiety meds at your local pharmacist because IT’S FREAKING GAME WEEK PEOPLE HOW ARE YOU NOT EXCITED?

But GAME WEEK goes beyond Evanston.  Yes, there are in fact other schools in the Big Ten who you should care about.  Rutgers may or may not be one of them.  The jury is still out.  Let’s take a look around the conference.

Michigan has a new head coach, I’m pretty sure.  You may have heard of him.  Lloyd Carr? No that’s not right…Rich Rodriguez? Nah that can’t be it…oh! Jim Harbaugh!

Yes way out in Salt Lake City, Jim Harbaugh will be coaching his first game for the Maize and Blue.  Utah is a pretty solid team, projected to be a top 40 team by S&P+ rankings, so it won’t be a coronation for Mr. Harbaugh.

Obviously, opening games are weird and weird things can happen, but this should be fairly revealing as to whether the elite Michigan defense can carry what will be, at best, a mediocre offense.

TCU is really good, which the number 2 by their name may imply.  Minnesota? Ehhh.

The Golden Gophers are sans Maxx Williams and David Cobb on offense, the only two players on that side of the ball who were really any good.  20 points should be more than enough for TCU, and it’s way more likely they score 40+.  I’m not buying Gopher hype this year, and this should be a rude awakening to those who do.

Wait, why is this game at Western Michigan?

Anyway, Michigan State is great and Western Michigan is pretty meh.  PJ Fleck, the Western Michigan head coach, is a hot name round these parts with Illinois short a coach.  To his credit, he did improve WMU from 1-11 in 2013, his first year, to 8-4 in 2014.  No matter how good a coach he may be, he’s not winning this game.  Still, keep an eye on how the Broncos do.  We might see Fleck in Orange and Blue before too long.

There’s something incredibly cruel about having this game be the curtain raiser for the Big Ten Network.  First of all, no one will be at the game.  Second of all, Illinois is in a very not good place right now.  Either way, don’t watch this football game unless you enjoy boredom and sadness.

Iowa is a remarkably unexciting team.  Illinois State may or may not be, I don’t really know.  Either way, NU is playing in this time slot, so why do you really care about it?

Maryland is actually worth watching this year.  Their recruiting class coming in next year is fantastic, but Randy Edsall needs to do well enough this year to stick around and coach it.  The Spiders aren’t a likely team to knock off the Terps, but keep an eye on this game, because Maryland in 3 years could be a really darn good squad if they can just make it through 2015 in one piece.

Penn State, in my eyes, would be the favorite in the Big Ten West.  But unfortunately, they’re stuck behind MSU and OSU in the East. This game is definitely worth your time.  Christian Hackenberg could be hype, or he could be a legitimate NFL star.  If he can stay upright, he’ll pick apart any secondary.  That offensive line though in Happy Valley is a mess.

MIKE RILEY TIME AT NEBRASKA, Y’ALL.  I’m way high on Nebraska and have them winning the Big Ten West.  Tommy Armstrong may be a slightly above average QB, but he’s still the best proven commodity in his division.  BYU should provide a decent test for a team that’s replaced a head coach and is completely shifting its offensive scheme.

Two teams will be on a field playing football. Kind of.

The big game of the night in the conference, if not the country.  Wisconsin loses Melvin Gordon, but just about everyone expects Corey Clement to step in and be an All-Big Ten back.  But with Joel Stave at QB, Wisconsin is going to need a miracle to hang with Alabama.  This game should make it abundantly clear how weak the Big Ten West is.  The favorite is about to get lit up on national tv.

Purdue is going to get beaten by Marshall.  Because Purdue has angered the Gods and are now cursed to walk the earth being terrible at football.

First of all, Virginia Tech has one of the best defenses in the entire country.  Second of all, Ohio State is going to absolutely shred this team.  The Hokies were the only team to beat the Buckeyes last year.  Something tells me Ohio State is going to come out fast, angry, and with some really funky offensive packages.  I’m watching to see what Braxton Miller does at wideout.  And to see Ezekiel Elliot start his Heisman campaign.  And to see who won the QB battle.  And to see Cardale Jones throw a ball 90 yards. Watch this freaking game, y’all.