Week 1 Injury Report: Cameron Dickerson Among Those Out vs. Stanford

Posted on September 3, 2015 by Ryan Fish Leave a comment 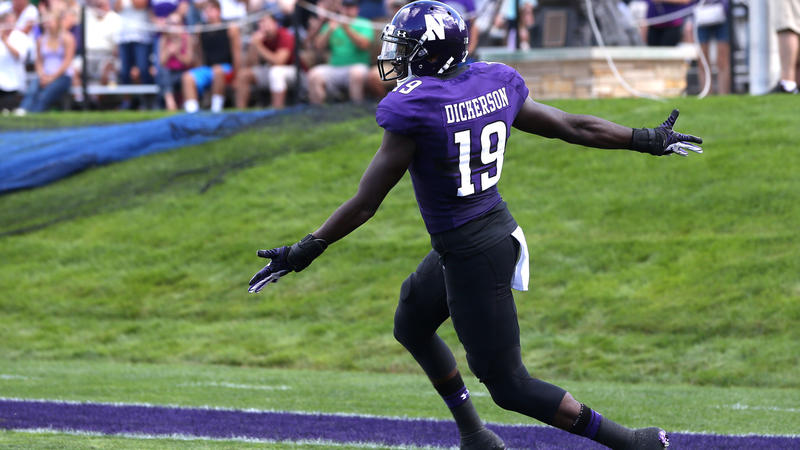 Northwestern released its week one injury report Thursday, with three key starters listed as “out” for this Saturday’s season opener against Stanford.

While Pat Fitzgerald had basically confirmed that Greg Kuhar was unlikely to play this week and that Matt Frazier (staph infection) would be out for the foreseeable future, the injury news on Cameron Dickerson comes as a bit of a surprise.

Dickerson was listed as a starter at wide receiver on Northwestern’s two-deep depth chart earlier this week. Macan Wilson is listed as the backup at Z-Receiver, while Austin Carr and Stephen Buckley are other candidates to fill in for Dickerson this week.