Posted on September 13, 2015 by Ben Goren Leave a comment

SOUND THE ALARM BELLS, EVERYONE, CAUSE THE NORTHWESTERN WILDCATS ARE RANKED!!!

After knocking off #21 Stanford in week one and a solid performance against FCS also-ran Eastern Illinois, coaches from across the country decided that the Wildcats are the 24th ranked team in the nation.  The Associated Press ranks NU a spot higher at 23rd.

Make no mistake, this is a big deal.  For a team to go 10-14 over the last two seasons and be ranked two games into the year means that this team is clearly oozing with potential.  Northwestern’s recent history with playing while ranked is shaky at best, but for now, it’s time to celebrate.

Unsurprisingly, Ohio State still rules the roost and TCU, Alabama, and Michigan State fill out the rest of the top 4.  Here are the teams ranked 20-25 in the Coaches Poll. 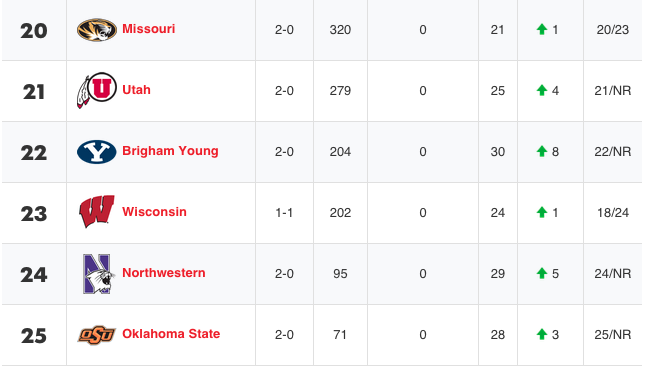 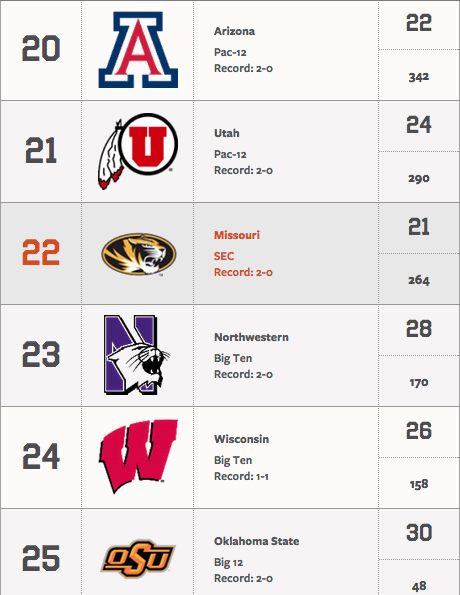