Posted on September 13, 2015 by WNUR Sports Leave a comment 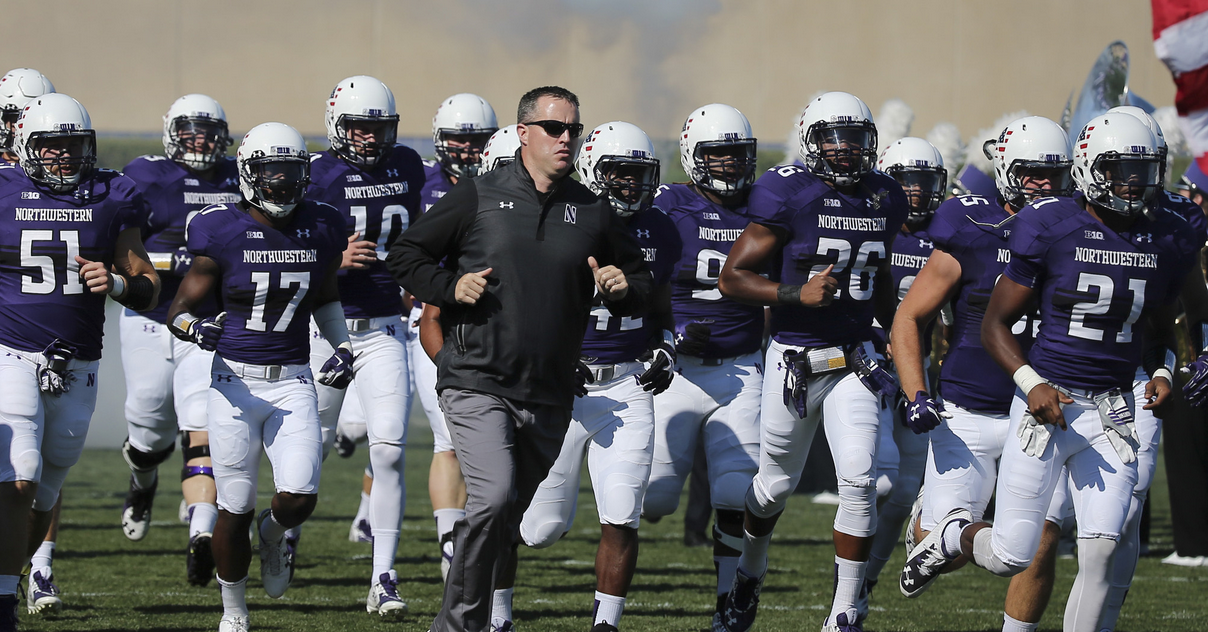 Perhaps the biggest question that faced Wildcat fans after Northwestern’s impressive win over Stanford in week one was whether or not the Cats could sustain the level of defense they showed in holding Stanford to six points.

Saturday they answered that question with a resounding 41-0 win over Eastern Illinois, the Wildcats first shutout in over 8 years.

“We have something really special right now, our defense is doing something really good,” said junior defensive end Ifeadi Odenigbo. “We just have to keep building off of that and never be satisfied.”

Odenigbo and the rest of the Northwestern front seven continue to be the story for the Wildcats early on. They completely stymied the Panthers in the first half holding them to just 43 yards of total offense.

While perhaps the only real lapse in defensive effort came in the second half – as early on the Panthers showed signs of being able to move the ball – holding any team, FCS or otherwise, to under 200 yards of total offense is an impressive feat.

“We held them to a pretty low total from the total yards standpoint,” said head coach Pat Fitzgerald. “Outside of 2 or 3 plays I thought we tackled really well.”

Perhaps the defining moment that showed that fans should expect 60 minutes of hard-nosed defense from Northwestern every game was a pick-six by junior corner Matthew Harris that gave the Wildcats their 41-0 advantage.

“I know for [senior defensive end Deonte Gibson], that was a missed sack for him, but if he wouldn’t have made that play and had the rush on the QB, I wouldn’t have been in the position I was in,” said Harris.  “So all credit to our defensive line and our entire defense because we went out there and played today.”

Offensively, the Wildcats controlled the game with a rushing attack that saw a deep stable of backs put up 344 yards on the ground. A game after the offensive line was called out for what Fitz saw as “average” play against Stanford, the group showed up ready to dominate against Eastern.

“It was their opportunity to step up and for the most part there was some very positive play from those guys,” said Fitzgerald of his offensive line.

Junior Warren Long and sophomore Justin Jackson led the ground attack, each racking up at least 70 yards and finding the end zone once. However, the offense also saw significant contributions from freshmen Auston Anderson, Corey Acker and Jelani Roberts, as well as sophomore Solomon Vault.

The Wildcats are now averaging close to 285 yards per game on the ground, which ranks 12th in all of the FBS and ahead of power running teams such as Florida St., Georgia, LSU and defending national champions Ohio State.

Perhaps the biggest surprise was junior LB Tom Hruby—a 33-year old former Navy Seal—who got eight carries for 25 yards and almost found the end zone on the final drive of the game, as the coaching staff looked to get their hero his due on Heroes Day.

“He’s our hero,” Fitzgerald said of Hruby. “He’s a special man and a special American.”

Freshman quarterback Clayton Thorson was again solid if not spectacular for the Wildcats, throwing for 152 yards on 11-16 passing, while adding his first career passing touchdown and second rushing touchdown. Thorson’s biggest take away was the growth the offense showed in going from 16 points week one to 34 points in their second game.

“Obviously last week and this week we’ve had a great running game and our passing game has come off of that,” said Thorson. “I have got to do a better job distributing the ball, but I think it’s definitely good for us to get the ball rolling a little bit.”

After their dominant performance, the Wildcats will go into their matchup against Duke—their first road test of the season—ranked for the first time since the 2013 season. If Northwestern can continue that defensive dominane, that ranking should only continue to rise.