Posted on September 26, 2015 by Ben Goren Leave a comment 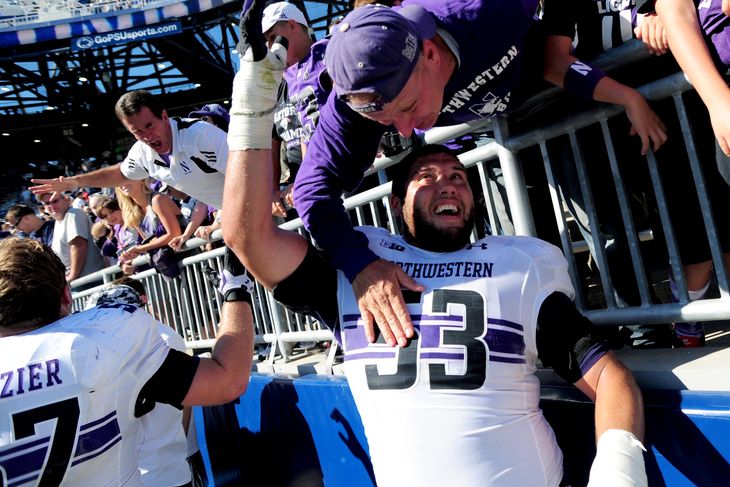 Geoff Mogus going down injured is one of the biggest stories of the first half.
Evan Habeeb-USA TODAY Sports

This has all the symptoms of a let down game.  NU has been outplayed by plucky and gritty Ball State and find themselves down 10-7 at halftime.  Not a lot of good.  A whole lot of bad.