Room for improvement apparent, but Northwestern finds a way to win

Posted on September 27, 2015 by WNUR Sports Leave a comment 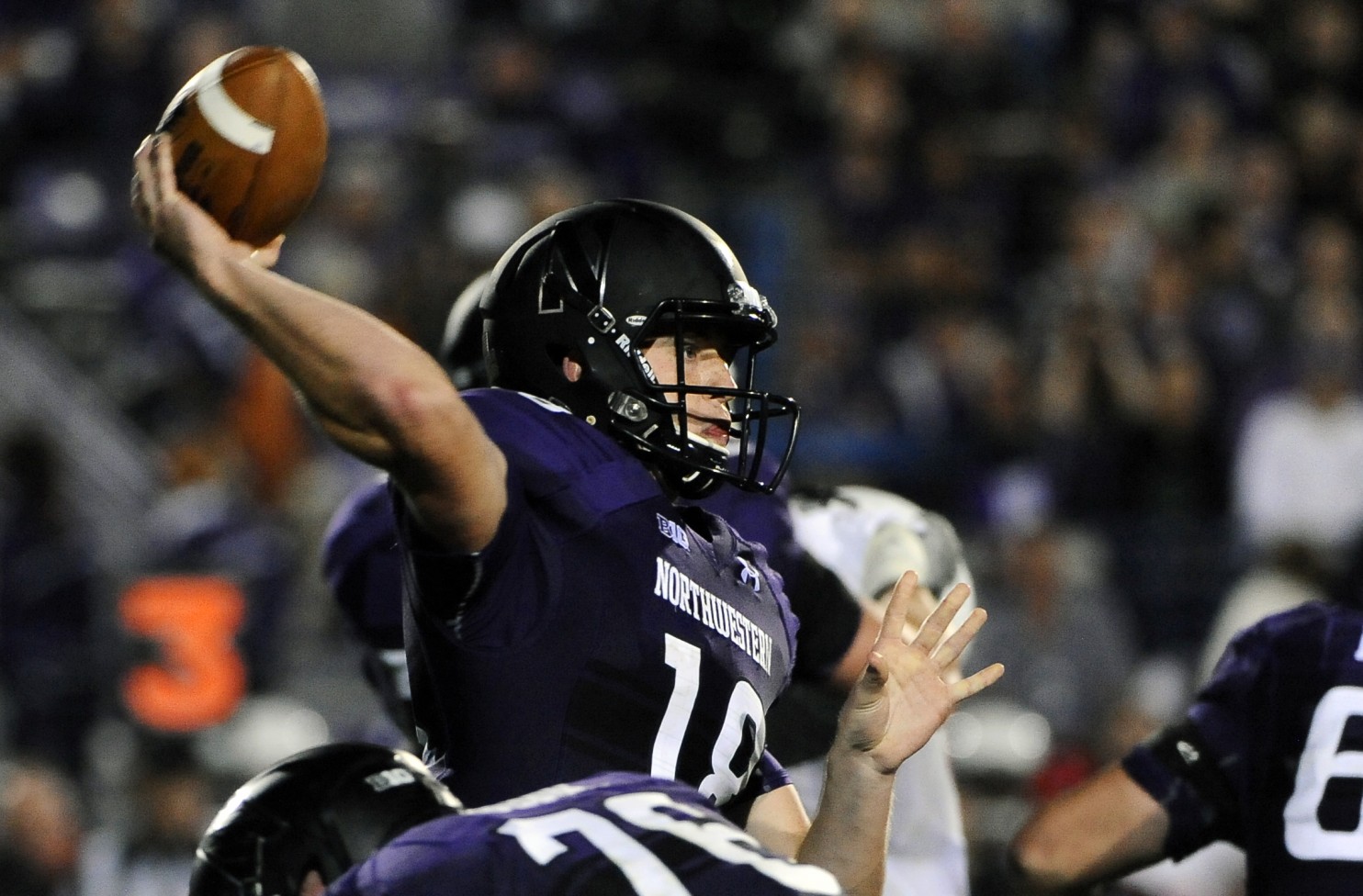 Clayton Thorson stepped up in the pocket and tossed a perfect pass toward the sideline, dropping the ball into wideout Austin Carr’s hands as he strode into the end zone.

Ryan Field—electrified by a nighttime start and the ‘Cats recent success—exploded following the touchdown, which gave NU a 21-10 third quarter lead over Ball State Saturday night. The memories of a rocky first half began to fade. So too did any lingering questions about Thorson’s job security.

NU went on to beat the Cardinals 24-19. The ‘Cats performance was uneven and at times frustrating, even as NU’s offense plowed its way to a season-high 546 yards.

“[There’s] a lot of room for improvement,” coach Pat Fitzgerald said, “but we found a way to win and that’s what’s important.”

At the outset of the game, the ‘Cats looked like the late start may have left them asleep at the wheel. NU’s three first quarter possessions were all short and fruitless. The NU defense, meanwhile, struggled to bottle up Ball State’s offense early, as the Cardinals used good field position and an eight play, 36-yard drive to take a 3-0 lead with 9:06 left in the first quarter that would hold into the second frame.

The ‘Cats struck back with 6:20 left in the second quarter when Clayton Thorson picked out a wide open Dan Vitale for a 66-yard touchdown pass that gave NU a 7-3 lead. Ball State took a 10-7 lead going into the break though, punching the ball in from 22 yards after a Clayton Thorson fumble.

Thorson was erratic in the first half as he turned the ball over three times (two fumbles and an interception), but the freshman signal caller found a rhythm after intermission.

“I think in the first half I was just guessing a little bit,” Thorson said. “I just wasn’t doing what I’m coached to do. And I think in the second half I started to [go through my progressions] and it started to work.”

Thorson had far from a flawless performance, but he showed that NU can move the ball through the air. He spread the ball around, connecting with nine receivers on the way to 256 passing yards.

NU also got huge production on the ground from Justin Jackson who rushed for a career-high 184 yards on 33 carries.

The ‘Cats’ defense struggled at times against Ball State. The Cardinals finished with 359 yards and their 19 points were more than NU’s last three opponents managed combined.

“I don’t think we did a good enough job as a defensive line to put pressure on the quarterback today,” defensive end Dean Lowry said.

The ‘Cats did not record a sack, but they did force Ball State quarterback Riley Neal into 21 incompletions on 35 passes.

NU overcame a -2 turnover margin and eight penalties in the victory.

“Obviously we need to take care of the football better,” coach Fitzgerald said, “but when we needed to make some plays we did and we found a way to win. That’s what’s important.”