Posted on October 5, 2015 by Ryan Fish Leave a comment 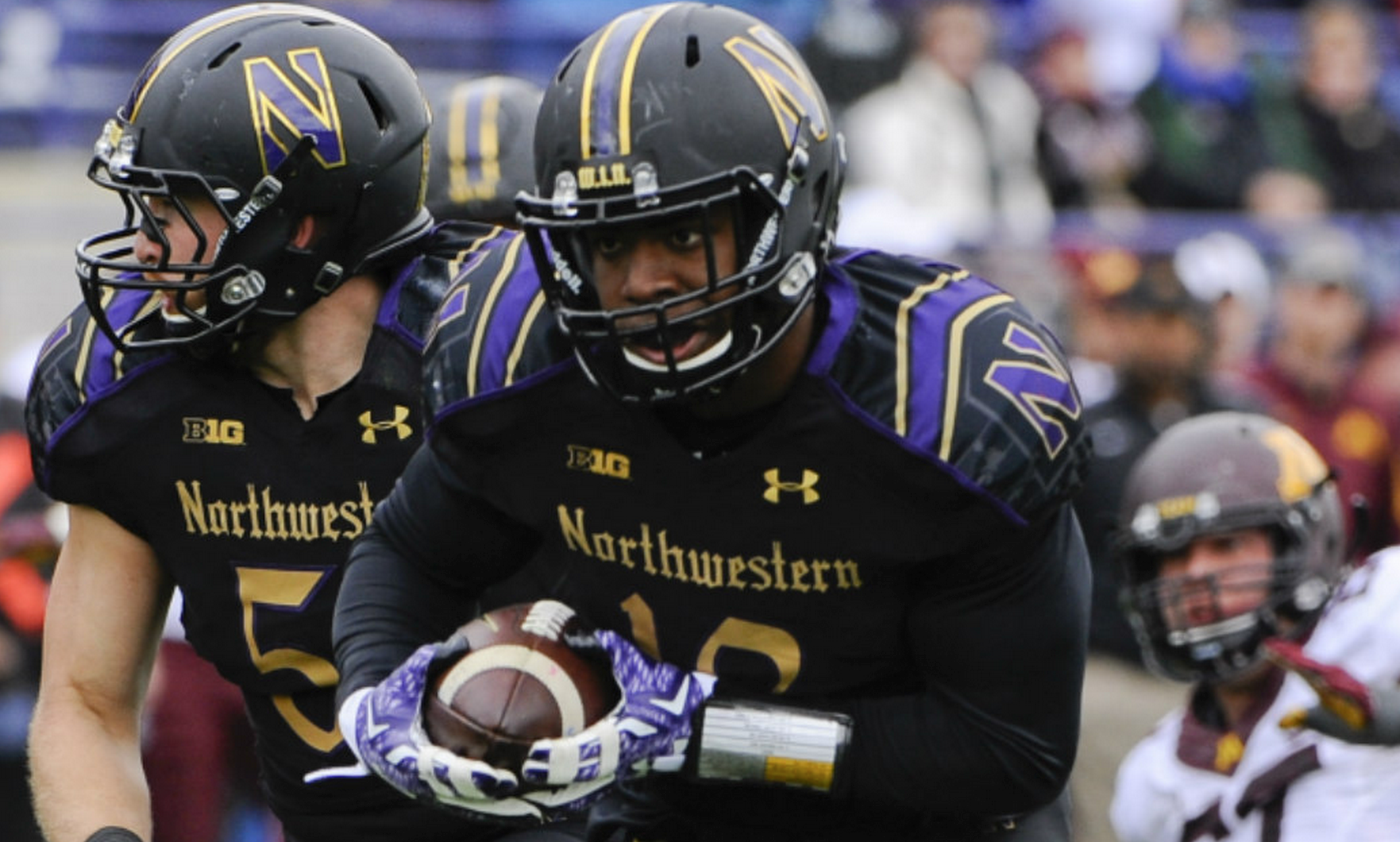 In dominant fashion, the Northwestern Wildcats beat the Minnesota Golden Gophers 27-0 Saturday at Ryan Field. The Wildcats dominated the Golden Gophers in every facet of the game as they moved to 5-0 on the season. With the win the ‘Cats moved up to No. 13 in the AP Poll, their highest ranking since 2000. For the first time since 1965, the ‘Cats shutout two opponents in a season and for the first time since 1995, the Wildcats shutout a Big Ten opponent. So let’s take a look at the NUmbers behind Northwestern’s 27-0 win over Minnesota.

Northwestern’s defense may have been the big story on Saturday, but the offense was pretty effective as well. The Wildcats had zero turnovers against the Gophers, and the unit looked smooth and effective for most of the day. Clayton Thorson completed a career high 73.6 percent of his passes; he only had 128 passing yards, but ran for two scores as well. Another big story was Justin Jackson (as usual), who eclipsed 100 yards on the ground once again. Jackson, however, had only 20 carries on the day to get to 120 yards, seeing a lighter workload for the first time this season. His 6.0 yards per carry average is the best figure for Jackson this season, and the best average for him since the Purdue game last year. The ‘Cats moved the ball well, but they may not have to keep that pace up to continue winning games. If the defense continues to play this well, all Thorson, Jackson, and co. will have to do is avoid turnovers on offense.

The Northwestern Wildcats defense is pretty darn good at getting off the field on third down. Their opponent’s third down conversion percentage is second in the nation, only behind the Michigan Wolverines. Against Minnesota on Saturday, the ‘Cats allowed Minnesota to convert just 4 of 16 third downs. Further, the Golden Gophers punted or turned the ball over on 7 of their 13 drives on the day. All in all the Wildcats held Minnesota to just 4 of 20 on third and fourth down. Minnesota turned the ball over on downs four times! The Wildcats defense stifled Minnesota all day, with the Gophers longest drive coming in the first quarter for a gain of just 37 yards. If Northwestern’s defense continues to play like they did on Sunday, the sky’s the limit for this team.

It’s hard to be down on the ‘Cats after a 27-0 drubbing on the Gophers, but if there’s one negative stat that sticks out for Northwestern’s it’s their red zone efficiency. While the ‘Cats are coming away with points in 82 percent of their red zone appearances (14/17), only 29 percent of the time (5/17), the Wildcats are scoring touchdowns. And on Saturday, in four trips to the red zone, Northwestern came away with two field goals and two touchdowns. While they were able to come away with points on all four trips, scoring touchdowns, especially as the Wildcats move further into Big Ten play, is essential. If there’s a thing Clayton Thorson and the offense needs to work on heading into Ann Arbor, it’s coming away with 7, rather than 3 in the red zone.

Anthony Walker’s big scoop-and-score in the fourth quarter was an exclamation point, but one of the most important plays of the game actually came from Northwestern’s special teams. Miles Shuler set up Northwestern’s first touchdown in a big way, returning a punt for 55 yards late in the second quarter to the Minnesota 5-yard line. Thorson found the end zone with his legs on the very next play. Shuler’s speed and big-play ability on offense are always a factor, but he has only one catch for more than 20 yards this season and only five receptions total on the year. If he can continue to make big plays returning punts, however, Northwestern’s field position and somewhat inconsistent offense will benefit immensely. Shuler only has three other punt returns for 19 total yards in 2015, but his speed and elusiveness will always make him a threat to make a big return.

5.9
Mitch Leidner has struggled early and often for the Gophers at quarterback this season, and Saturday may have been the breaking point. Leidner ran into a tough Wildcats defense and the stats weren’t pretty: he completed only 47.6 percent of his passes for 72 yards and an interception, good for a 5.9 QBR.  Leidner only picked up one yard on the ground and lost a fumble deep in his own territory that Anthony Walker returned for a touchdown as well. The Wildcats bottled up Leidner all game, and after he was benched, they kept up that performance against his replacement, Demry Croft. He went on to complete only 45 percent of his passes for 27 yards through the air and an 8.3 QBR. Northwestern has turned the first five games into nightmares for opposing quarterbacks so far this season; the Wildcats have surrendered only 130 yards a game and have yet to allow an opposing QBR above 20. Safe to say, Michigan’s Jake Rudock has a tall test ahead of him this Saturday.