This weekend is an important one for Northwestern women’s soccer

Posted on October 8, 2015 by WNUR Sports Leave a comment 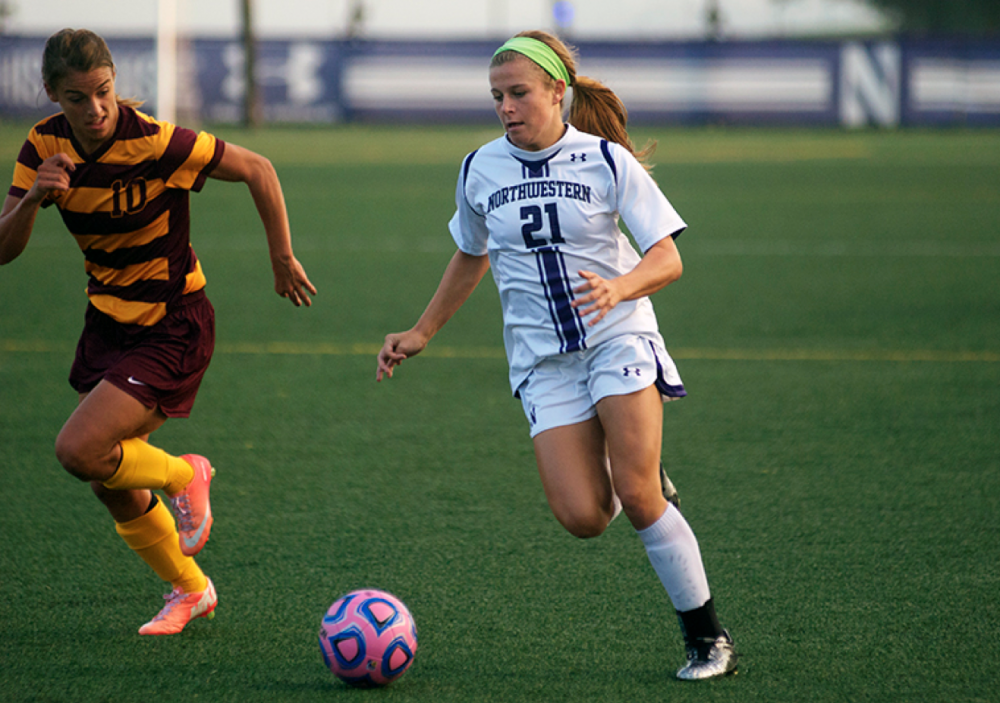 Despite losing to Penn State 3-0 on Sunday, Northwestern’s women’s soccer team is on pace for its first NCAA appearance since 1998. The Wildcats remain in the national rankings, checking in this week as the No. 22 team in the country.

This week, the team travels to Michigan for a pair of matches against the Michigan schools. Tonight, the Wildcats will battle Michigan, who is 3-1-1 in the conference, good enough for a second-place tie with 10 points. Following that, Northwestern will travel to East Lansing for a Sunday match against No. 7 Michigan State.

After struggling with Penn State’s prolific offense on Sunday, Northwestern will be forced to deal with a strong Michigan offense later today. The Wolverines are led by Taylor Timko, who has scored seven times this season. Overall, Michigan is the top scoring team in the Big Ten. It will be an important test for what is currently a makeshift back line for Northwestern. Nikia Smith played well in the second half against the Nittany Lions, so expect her to get the call on the back line if Hannah Davison can’t go. It will be crucial for the Wildcats to score first against Michigan to allow themselves to play the defensive style they want.

Against Michigan State, Northwestern’s offense will be asked to break down a defense that has been scored on just eight times this season. The Spartans’ offense has struggled this season, scoring just 14 goals, third to last in the Big Ten, meaning that the match could be a defensive struggle. Northwestern will have to take advantage of set piece opportunities with Nandi Mehta to try and break down the Spartan back line.

Getting six points in a weekend, especially on the road, is a tough ask. However, Northwestern and coach Michael Moynahan would be more than happy with a four-point performance over these two games. If the Wildcats can score first against Michigan, they can look to stifle the Wolverine attack and hold on to the lead, and all it takes is one well-executed set piece for Northwestern to come out on top against Michigan State. Should Northwestern garner a favorable result in both matches this weekend, the Wildcats will surely be well on their way to the NCAA Tournament.