Posted on October 12, 2015 by WNUR Sports Leave a comment 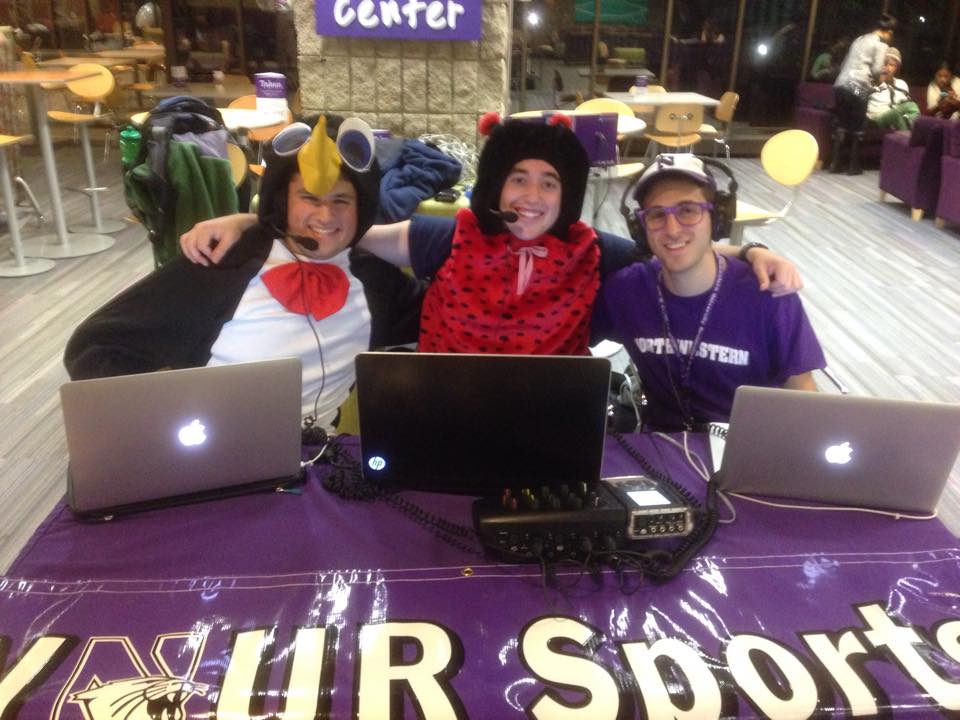 As WNUR Sports nears its 24-hour block of coverage for Sportsathon on Friday and Saturday, we’ll bring you a handful of testimonials from staffers explaining what they love about WNUR Sports and why Sportsathon is important to the station. First, Sportsathon Director Nick Scoliard discusses some of his favorite moments as a Northwestern student.

I was standing in the Ryan Field press box when my broadcast partner, Eric Klaus, said those words. Northwestern had somehow upset the future Big Ten West champion after a disappointing start to the season, and I was in the press box to watch and commentate on that game. When I went to my first WNUR Sports meeting freshman year, I didn’t know what to expect. I had done radio in high school, but I had done talk shows and music rather than broadcast sports. At that first meeting, I read and reread the handout they gave us multiple times. All I cared about was when I could do football – I never considered broadcasting a career, and still don’t, but as a hobby and a way to commentate my favorite sport. I would have to wait until junior year, so I figured I would do the bare minimum, and just wait until I could get to football. At first, I attended meetings, sat in the back, and didn’t really talk. I did what was asked of me, and didn’t do much else.

However, as I spent more time in WNUR Sports, the more I did. I started going on the SportsVoice more. I went to a football practice or two to do audio stories. I volunteered for more and more of the undesirable engineer positions. And along the way, I became more open in meetings. I started not knowing anyone and sticking to myself, but later I joined in the usual banter from our close staff. I took an exec board position as a SportsVoice producer along with Ben Goren, and haven’t left exec board since. I didn’t expect to become so involved in WNUR Sports, but I’m glad I did. Even though my main goal was football, I started calling baseball and softball, started doing interviews with other coaches, and doing the SportsVoice outside football season. When junior year came around, and my long awaited chance to commentate football, WNUR Sports was a huge part of my college life. I was able to commentate two amazing games (the Wisconsin upset, and a road trip to Purdue), and already called the incredible Stanford opener with my ex SportsVoice co-producer Ben.

It’s an incredible opportunity to be able to say I commentated those games. The opportunities I’ve gotten from WNUR sports are incredible, and were a huge part of my college experience. Even though it’s not something I will continue once I graduate, I could never forget the memories I’ve made here broadcasting Northwestern sports, nor the friends I’ve made through WNUR. I’m happy that I randomly decided to go to that first meeting three years ago, and couldn’t be more excited to be running Sportsathon this year to help support more freshman like me to join our staff.