Posted on October 13, 2015 by Michael Stern Leave a comment

The Hawkeyes are one of 16 remaining unbeaten teams in FBS football. They’ve got a powerful defense, which is led by Desmond King (tied for second in the nation with five interceptions) and WAS led by Drew Ott (5 sacks, 7.5 tackles for loss) until he suffered a season-ending injury last week. Running back Jordan Canzeri has rushed for 697 yards already, 5.3 a carry and 116 a game.

As is usually the case with the Hawkeyes, their offense centers around a bruising offensive line led by an NFL draft prospect. Austin Blythe, a 290-pound senior center who was second-team all-Big Ten last year, leads the way this year. He’s made 42 career starts entering Saturday, and is a projected late-round pick in next spring’s NFL draft. Most often, the Hawkeye line leader is a bigger man and a more highly regarded prospect. Want examples? Here are the six most recent top prospects off the Hawkeye offensive line. 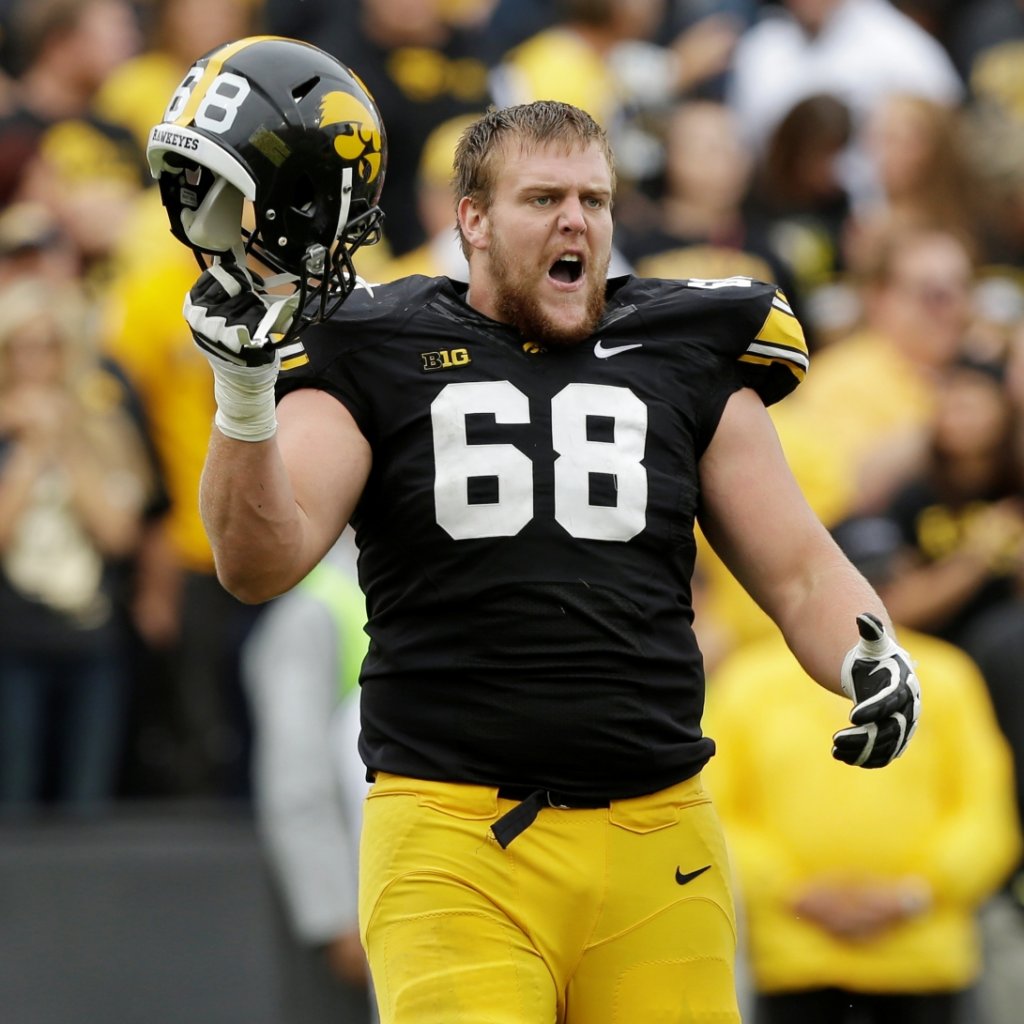 Brandon Scherff is the most recent Hawkeye lineman drafted into the NFL. The Redskins picked him fifth overall in the 2015 draft.

5. Riley Reiff, Detroit Lions. Reiff started 37 games over three seasons in Iowa City, earning first-team all-Big Ten honors as a junior and second-team accolades as a sophomore. Reiff starts at left tackle for the 0-5 Lions, who selected him with the 23nd pick of the 2012 first round. For a six-foot-six, 313-pound man, Reiff is incredibly durable: he’s started 44 games in his first three-and-a-quarter NFL seasons. Despite his durability, Reiff has struggled to keep quarterback Matt Stafford off his keister. The Lions have allowed 37 quarterback hits this year, tied for 11th-most in the league. 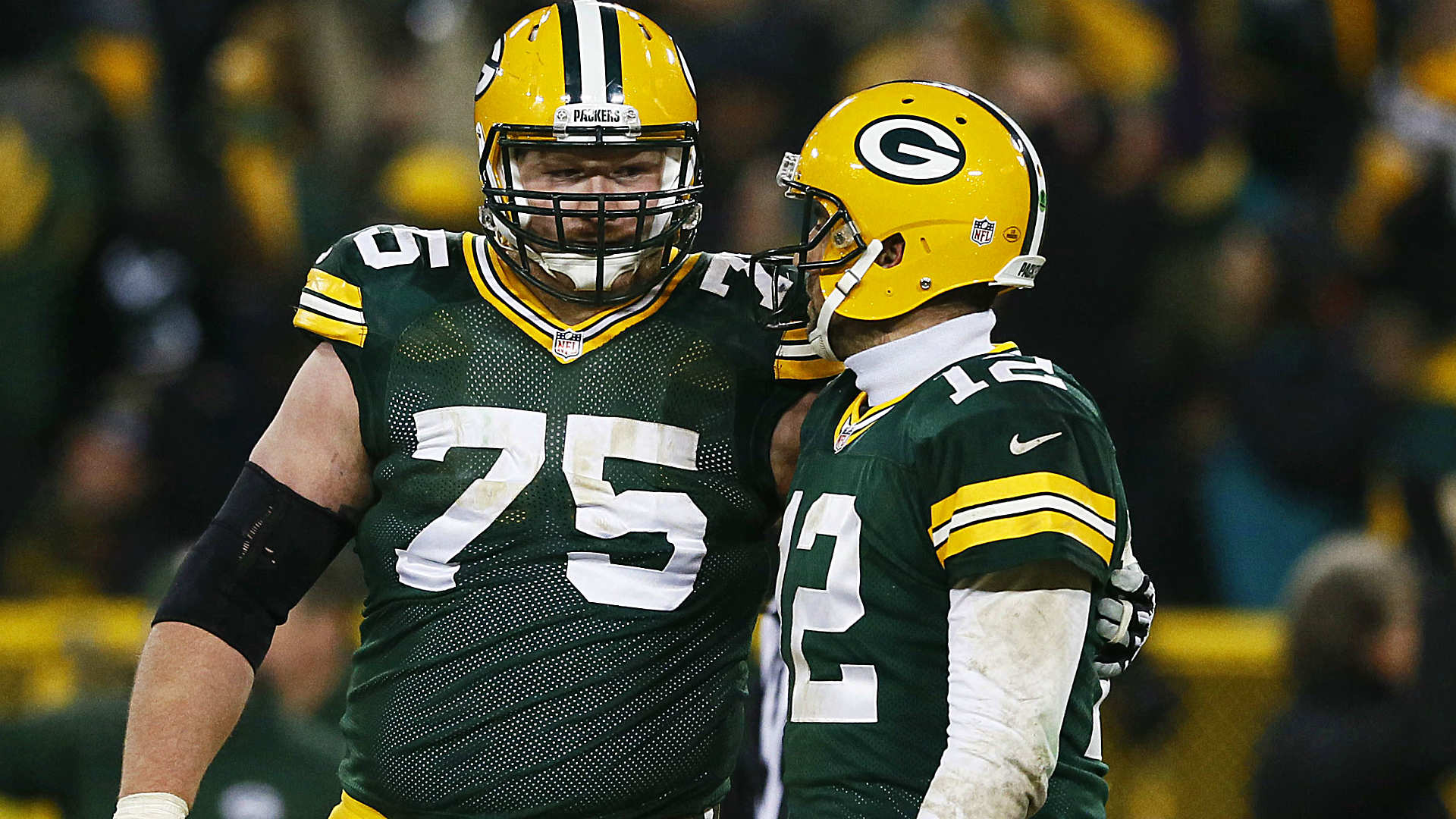 Bryan Bulaga has made a living protecting one of the NFL’s best, Green Bay quarterback Aaron Rodgers.

4. Bryan Bulaga, Green Bay Packers. Hold up! We’ve got ourselves a Super Bowl champ. The Pack picked Bulaga with the 23rd selection in 2010, and he was part of Green Bay’s Super Bowl championship team the next February. The six-foot-five, 314 pound mammoth was named first team all-conference as a junior in 2009, and started 30 games over three seasons for the Hawkeyes. Bulaga has had some injury concerns, missing games during both his freshman and junior seasons, and those woes carried over to the NFL, where he missed the entire 2013 season with a torn ACL. Bulaga enters his sixth season in Green Bay on a new five-year contract, and has started 50 games over four-plus active NFL seasons.

3. Robert Gallery, Oakland Raiders. The Raiders got plenty of flack for drafting the six-foot-seven, 325-pounder second overall in 2004, as future starts such as Larry Fitzgerald, DeAngelo Hall, and Jonathan Vilma were still on the board, but Gallery was a solid NFL tackle for eight seasons. When Oakland drafted Gallery, they thought he would start at left tackle, like he did for 44 straight games as a Hawkeye. The 2003 Outland winner and two-time first-team all-Big Ten selection struggled to protect the blind side, but found some success when he moved inside to left guard. Following the 2010 season, Gallery inked a three-year deal with the Seattle Seahawks, but he was released after only one season of the contract. After a failed comeback attempt with the Patriots in 2012, Gallery hung up the cleats, closing the book on an eight-year, 103-start NFL career.

2. Marshal Yanda, Baltimore Ravens. Probably the most successful Hawkeye lineman of the Kirk Ferentz era, Baltimore named Yanda in the third round of the 2007 NFL draft. Among the linemen I’ve never heard of selected before the six-foot-three, 305-pound Hawkeye: Levi Brown, Tony Ugoh, Samson Satele, and James Marten. A junior college transfer, Yanda played 25 games over two seasons in Iowa City, rotating between left tackle, right tackle, and left guard. He’s entering his ninth year manning the right guard position in Baltimore, and has earned four Pro-Bowl trips and a Super Bowl ring as a result of his 109 starts. Not bad for a third-rounder. 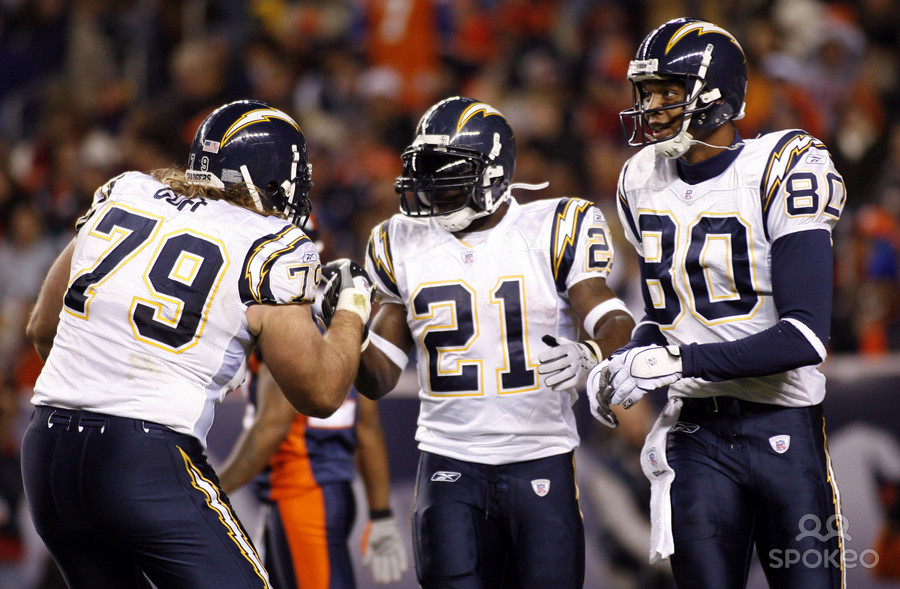 You probably know the Charger in the middle; that’s LaDanian Tomlinson. The lineman on the left? That’s former Hawkeye Mike Goff.