I have casual dislike for math and science. This sentiment was the sole purpose I chose journalism as my major. The desire to have my voice heard played a part in my decision too, but I was unaware of it. Ultimately, I was as clueless as the average freshman. My main aspirations were to: date Ariana Grande, graduate with some sort of idea of a career, and make friends, in that order.

I grew up playing sports so I gave the avenue of sports journalism a try. I am pretty sure WNUR Sports was the first place I checked out. I might have gone with a friend, but I didn’t know any of the other freshmen for the most part. They seemed like decent humans. I left the meeting eager to get on a broadcast at whatever the cost. Well that’s how I felt right after the meeting. 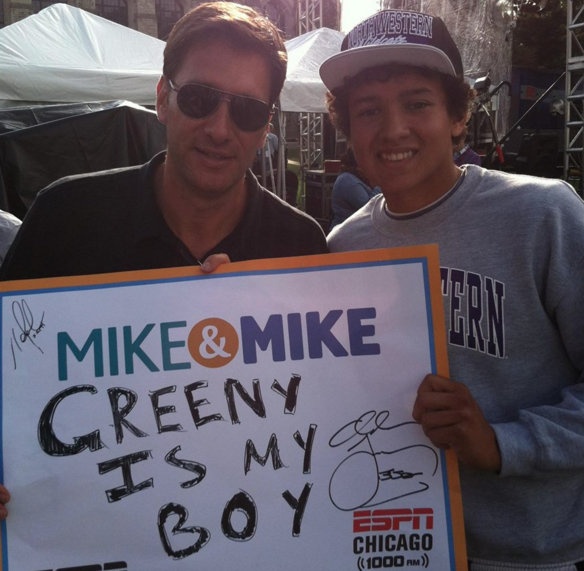 I was enthusiastic and deathly afraid of going to my first cast. I called my dad to let him know when I was going to be on air. He was just as excited as me. I jacked myself up the whole walk over.  I’m pretty sure I was blasting “Gonna Fly Now” or “Snow (Hey Oh)” on my headphones. None of the previous ego boost did a thing once I was in front of the mic. I was petrified. Once it was my turn to talk, I read my script like it was nobody’s business. A normal person would have taken 3 minutes to read it. I did it in under a minute.  I walked out of the studio that day with an unjustified extreme amount of self-confidence.  My stride was longer as I made my way back to my crappy dorm.

Things fizzled out after my first cast appearance though. I went to all the meetings, but I never wanted to go on air. I completed all the necessary engineering shadows and even engineered a game or two. I was on the SportsVoice once, and boy was it fun calling out Jesse Kirsch with Nick Scolliard by my side. Jesse tried to stump me with an oddly specific football question, but I found a way to make fun of him. He gave me the silent treatment for a day or two after. I eventually made many friends there as well, but being on air for a game hardly crossed my mind.

I finally took to the airwaves in the spring quarter of my freshman year. Mr. Eric Klaus accompanied me on the fateful day. I remember it was a baseball game, but I couldn’t tell ya who the ‘Cats played or the end result. Eric did a good job of carrying the load. My stutters and miscues were seldom, but improvement was definitely needed. Even though my broadcast seemed very meh, it is something I will always remember; especially how beautiful the weather was the whole day.

Fast forward to this year. I’m a junior now. My broadcasts have doubled in count. The only game broadcast I did last year sophomore year was another baseball game. Axel Boada was on call with me. I made another appearance on SportsVoice too. I had a pretty eventful Sportathon in the studio, but that is neither here nor there.

It’s 2015 and I’m the Director of Casts. In addition, I was informally named the Director of Diversity and Inclusion. I’m excited to give broadcasting another go this year. I’m planning on taking a trip with the Women’s Basketball team. My tradition of calling one baseball game needs to be kept in order also.

Bottom line, I have had an amazing experience with WNUR Sports. The hands-down reason I keep coming back is the people. I look forward to our dysfunctional meetings every week in Louis 119. WNUR Sports has been the place where I have fortified some of my strongest friendships here on campus. The type of bonds I plan on keeping for the rest of my life.