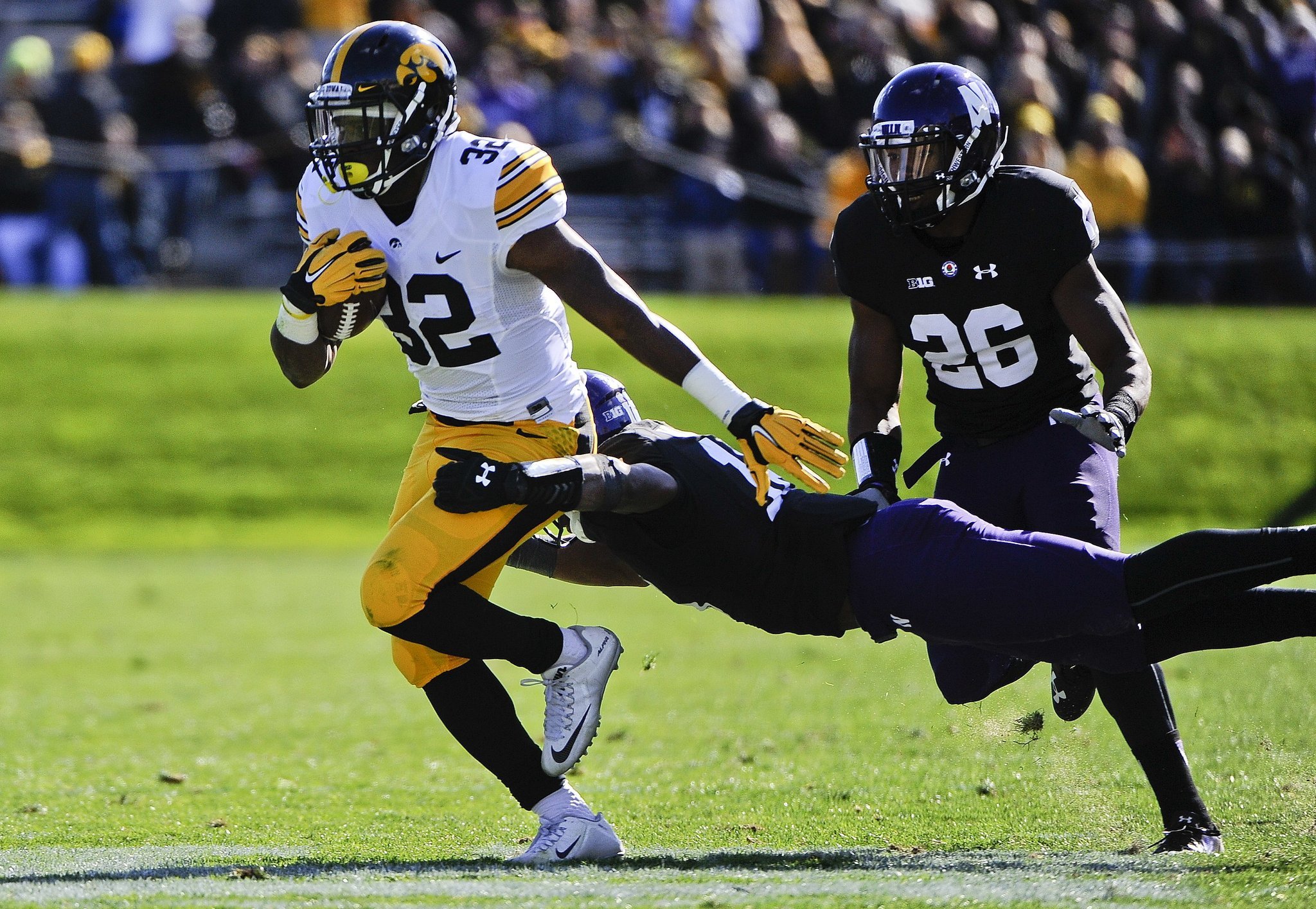 Another week, another demoralizing loss for the Wildcats. Iowa came into Ryan Field and emphatically spoiled Northwestern’s homecoming, beating the Wildcats 40-10. Going into halftime, the Hawkeyes led 16-10; but in the second half it was all Iowa, as the ‘Cats’ offense couldn’t seem to sustain a drive. Akrum Wadley ran wild all afternoon and the Hawkeyes solidified their position atop the Big Ten West. Let’s take a look at the numbers behind Northwestern’s loss to the Hawkeyes.

Akrum Wadley has rushed for more than 70 yards twice in his career. Both have come against the Wildcats. Last season in the Hawkeyes 48-7 victory over the Wildcats, Wadley rushed for 106 yards and a touchdown. This year after Jordan Canzeri went down with injury, Wadley rushed for 204 yards and four touchdowns, averaging 7.8 yards per carry. Wadley absolutely torched Northwestern defense running sideline to sideline on stretch plays as Northwestern’s linebackers were unable to bring him down.

Hunter Niswander averaged just 38.2 yards per punt against Iowa on Saturday. Consistently forced to punt from deep in his own territory, Niswander was unable to pin Iowa deep. While Niswander did have two 50-yard punts, only one landed inside the opponent’s 20 yard line. Iowa’s average starting field position was their own 39 yard line, as they often started with the ball in Northwestern territory or close to midfield. The ‘Cats’ defense struggled, but was also nonetheless also put in a tough position for much of the game.

For the second straight game, Northwestern lost the turnover battle. Clayton Thorson fumbled twice and threw an interception giving Iowa the ball deep in Northwestern territory. And even though Iowa scored 7 points off turnovers, the turnovers killed Northwestern’s offensive rhythm. Thorson and the offense was unable to put together any sort of extended drive, especially in the second half, and were consistently going three or six and out. The Wildcats offense had lots of trouble Saturday and turnovers were a big part.

Northwestern’s defensive front may have had some trouble stopping the run, but NU’s offense also had trouble on Saturday. Justin failed to eclipse 100 yards rushing for the second straight game, gaining only 30 yards on 10 carries. Northwestern seemed to abandon the running game earlier than usual in an attempt to switch things up on offense, but Jackson still had difficulty finding room to run in his minimal opportunities. With the passing game also inconsistent, the offense had few serious scoring chances against a tough Iowa defense.

In a second half which began with Northwestern trailing by only six and receiving the kickoff, the Wildcats accomplished basically nothing toward making a comeback. Not only was Northwestern shut out in the second half, but the offense’s longest drive went for only 24 yards. All of those second half drives ended in punts or lost fumbles, and none of them took even two minutes of game time off the clock. Simply put, Northwestern’s offense couldn’t put together extended drives when it needed to do so most.

40
Not an advanced stat here, but Northwestern surrendered 40 points to Iowa on Saturday in its worst defensive performance of the year. The 78 points allowed in the past two weeks have raised the defense’s points allowed per game from an FBS-leading 7.0 per game to 16.1 per game. The Wildcats weren’t able to consistently pressure C.J. Beathard, stop the run or force three-and-outs as the Hawkeyes converted 50 percent of their third downs. What had been the team’s strength for the early part of the season has regressed against fast, athletic teams in Michigan and Iowa. That will need to change for Northwestern to find any success in conference play.