The inaugural Coaches Poll for women’s basketball was released today and the Northwestern Wildcats find themselves up in the top 25. 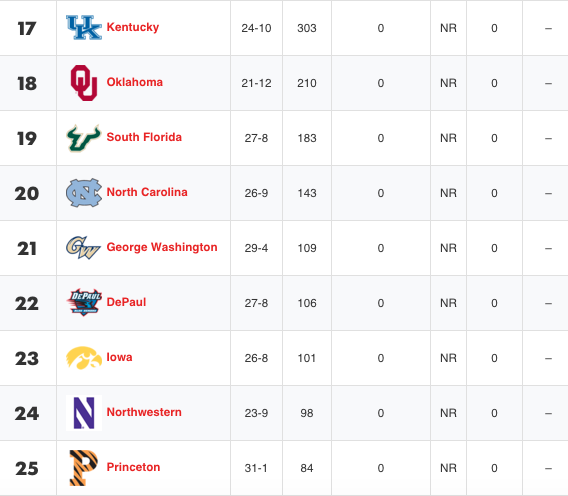 The Wildcats are one of 4 Big Ten teams ranked in the poll (Maryland 6th, Ohio State 10th, Iowa 23rd).

Northwestern also has a date with #20 North Carolina on December 2nd and with #22 DePaul on December 19th.

This is just more good news for the Wildcats, who are looking to go back-to-back in NCAA Tournament appearances.  Despite losing Karly Roser and Alex Cohen, NU still brings loads of firepower back and a couple of big name recruits who could make an instant impact this season.

The Wildcats have an exhibition game against Seton Hill on November 8th before their season starts on November 15th against Howard.  WNUR Sports will be in Welsh-Ryan Arena to broadcast both games.