Posted on November 1, 2015 by WNUR Sports Leave a comment

It’s a little after mid-season, but with the Wildcats on a bye yesterday, it seemed like the perfect time to tally votes for some Northwestern mid-season awards…so that’s what we did. 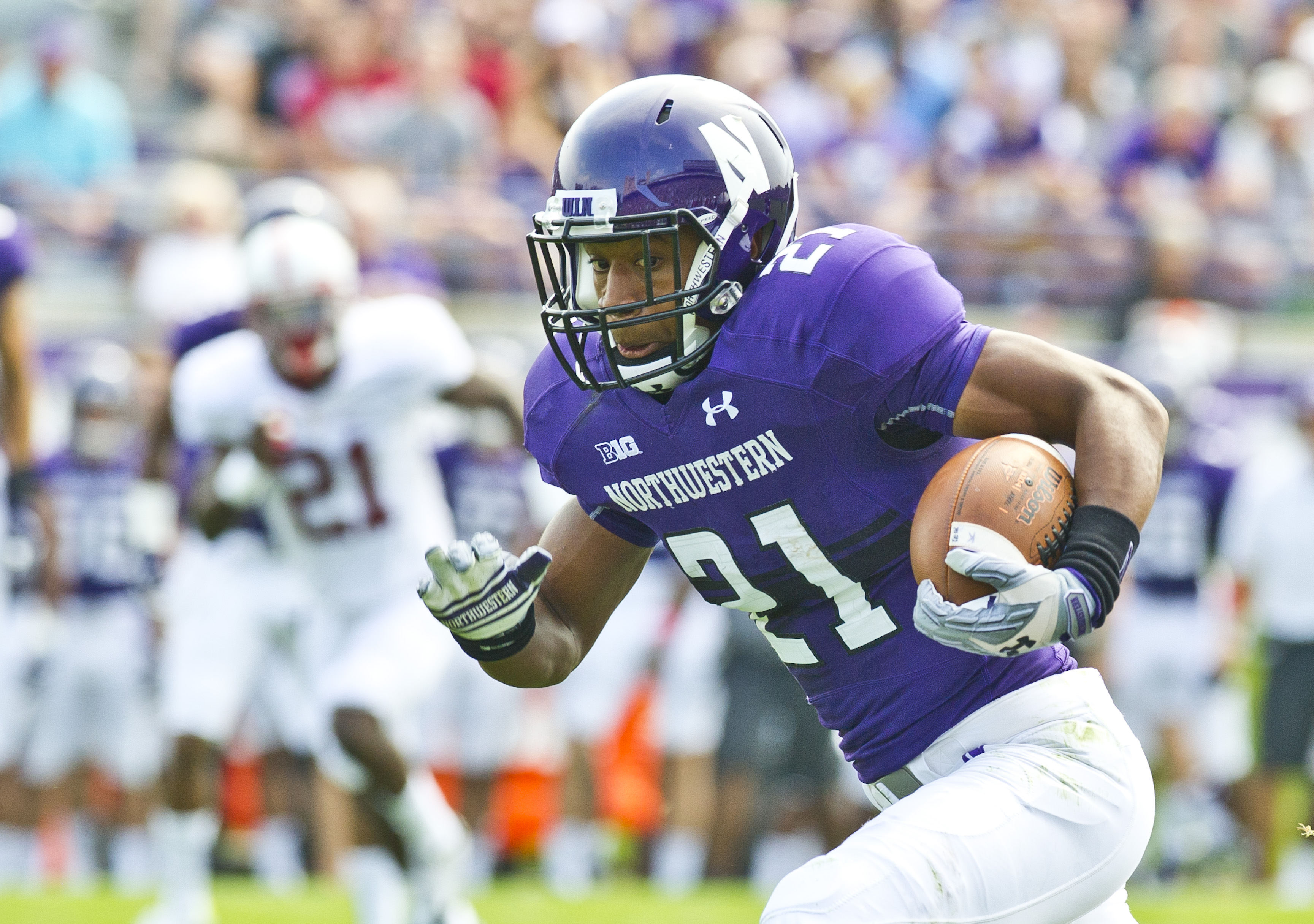 Jackson’s fast start was enough for out staff to vote him offensive player of the half-season. Photo Credit: Stephen J. Carrera.

“Jackson hasn’t burst onto the scene the same way he did last year, but the fact is that he’s still the offense’s most dynamic playmaker. Once Thorson improves his decision-making and is a more consistent thrower, he could take this spot.”- Ryan Fish

“The Wildcats’ offense runs best when Justin Jackson gets the ball, and he has responded well to some monster workloads, especially in Northwestern’s early wins.” -Ari Levin

“Yes, Justin Jackson has been nearly invisible for the past three weeks, but he’s the biggest reason Northwestern started 5-0. If he wasn’t around, this team might be 2-6, not 6-2.”- Zach Pereles

“Jackson has been less effective of late due to a decrease in offensive line production and stiffer competition, but has no doubt been the best offensive player.”- Sam Brief

“Thorson has basically been responsible for everything positive from the offense this season, 11 total touchdowns, and what he’s been able to do with his legs to make up for possible deficiencies with his arm this season.” – Austin Miller

“While Justin Jackson is the easiest choice on offense, Thorson is responsible for 11 total touchdowns to Jackson’s one. When Thorson plays well, Northwestern has won the game and isn’t that what being the leader of an offense is about?”-  John Beers

“There isn’t an offensive player who has been as consistently good as Dan Vitale. Week in and week out he contributes in many facets of the game.”- Jason Dorow

“The offense hasn’t really earned a best player, so I’m going with McHugh, the guy with the best name (and maybe the best wide receiver on the team…seriously).”- Matt McHugh

“Lowry and Walker are tied for the team lead with 10.5 tackles for loss but Lowry has made a slightly bigger impact in the passing game.” -Will Ragatz

“Dean Lowry had a fantastic game against Nebraska, and when he plays well up front, he allows Anthony Walker to shine by playing downhill, where he excels. Lowry has been the most consistent defensive lineman and brings it every game.”- Zach Pereles

“Walker has emerged onto the scene this year and has become a tackling machine for the Wildcats, stepping up to make multiple key plays in big moments.”- Zach Wingrove

“I think Lowry and VanHoose are definite contenders, but Walker just seems to be everywhere and doing everything.”- Nick Scoliard 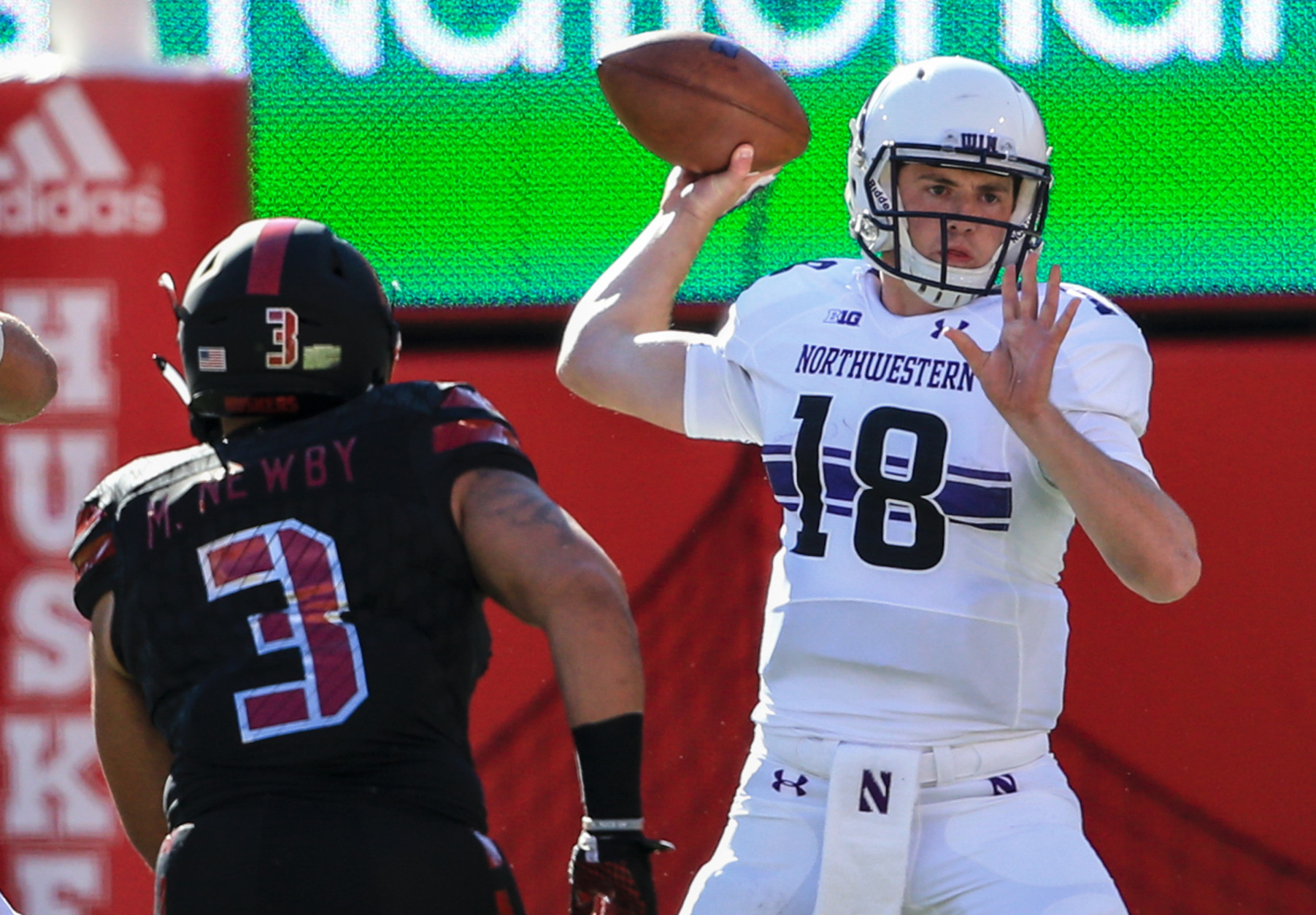 “Northwestern is 6-2 with a redshirt freshman quarterback. That’s all that needs to be said about Clayton Thorson.”- Jason Dorow

“Walker showed promise last year but no one expected him to be as impactful as he has been in 2015.”- Josh Burton

“Watkins played fine early on, but really had to step up due to Matthew Harris’ injury, and the sophomore has, overall, played well.”- Tim Hackett

“Northwestern needed a second wide receiver to step up and this year it’s been…Austin Carr? Raise your hand if you saw that coming.”- Ben Goren

Northwestern’s Record at the End of the Regular Season: 9-3

“I would say 8.5 if that’s an option. I can’t see Northwestern losing more than once, but it’s also difficult for me to see them winning 3 of their final four. I’ll be positive Austin and say 9-3, but I don’t feel good about it.” – Austin Miller

“Purdue should be a win, but Illinois, Penn State, and Wisconsin, in ascending order of difficulty, will all pose threats.”- Tim Hackett