Posted on November 2, 2015 by Ben Goren Leave a comment

Northwestern released its preliminary depth chart before this week’s contest against Penn State.  We’ll update this page more if/when we get news on injuries that have affected the team. 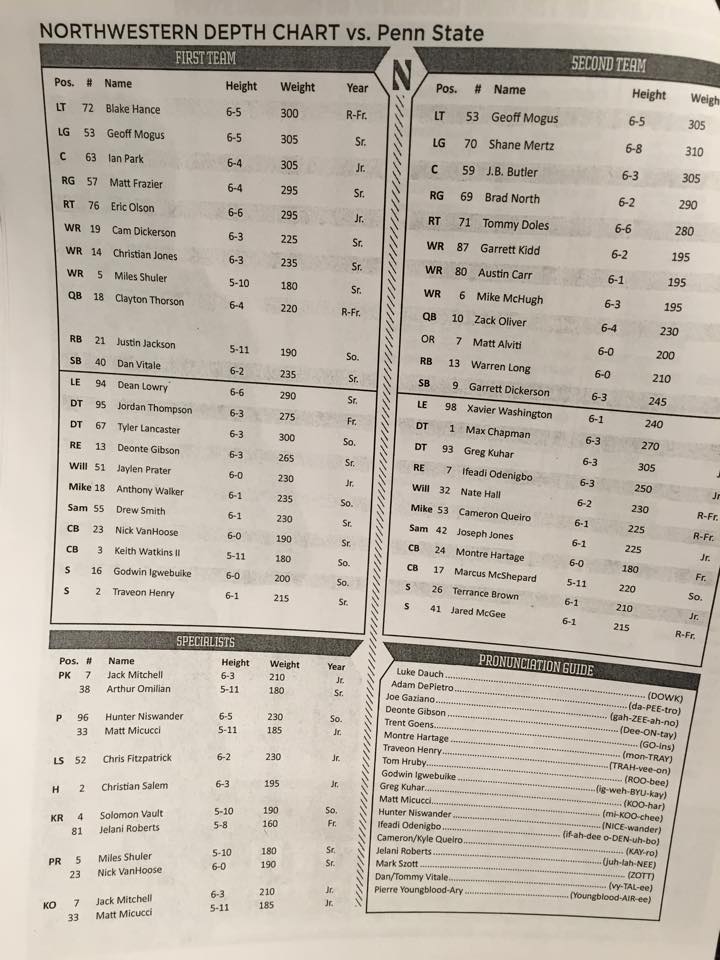 Notes from this week’s depth chart: