Posted on November 14, 2015 by WNUR Sports Leave a comment 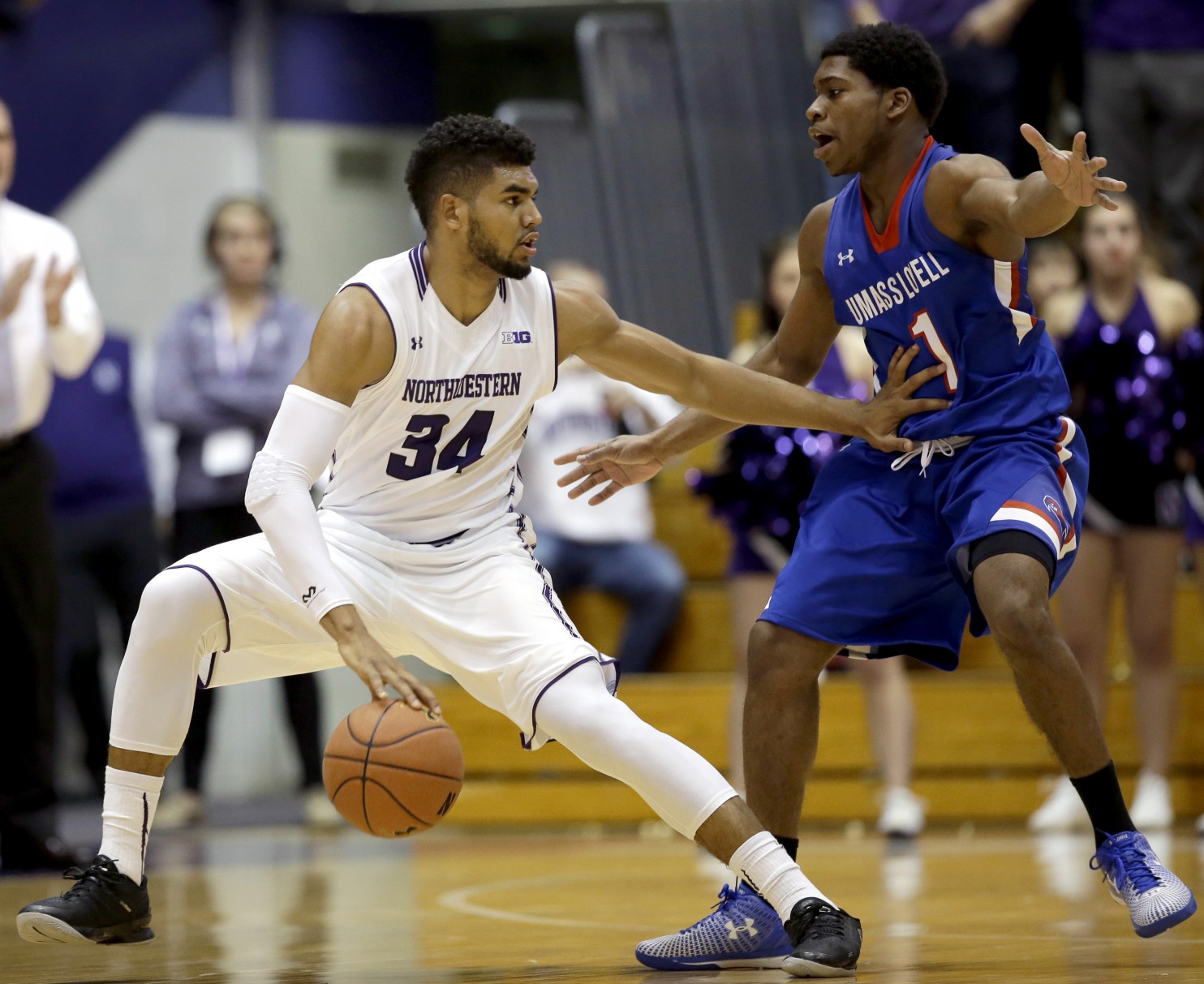 After a less than impressive first 20 minutes, Northwestern found its shooting stroke in the second half and coasted to a 79-57 opening night victory over UMass Lowell.

The Wildcats, who endured a jittery first frame that led to a 34.3% first half shooting clip, went to the locker room at intermission trailing the River Hawks by 2. But Chris Collins told his team that their shots would start falling if they just kept playing.

“Every year it ceases to amaze me. The first game you just battle jitters,” Collins said. “I thought we were getting good looks in the first half.  I just told our guys to keep taking shots and eventually they’ll start going in.”

His team shot a red hot 58.6% in the second half, including 50% from beyond the arc, en route to a convincing opening night win.

“I knew I was going to have a big advantage playing this team,” said Olah, who had a 10-inch advantage on his defender for most of the evening. “I have to punish people when I have such a big mismatch and I did that tonight.”

And while Olah was the best player on the floor for Northwestern, freshman forward Aaron Falzon was a pretty close second. Despite being in foul trouble for the majority of the game, Falzon finished with 20 points, shooting an efficient 8-11 from the field.

“For Aaron to give us 20 points in his first college game, that’s huge,” Collins said. “There’s gonna be a lot more of those in his career.”

While the Cats’ second half offense was certainly a bright spot in the win, their defense was a big part of the winning equation as well.

After a UMass Lowell layup at the 11:12 mark of the second half that cut the Northwestern lead to 4, the River Hawks made just one field goal over the next nine minutes. By that point, Northwestern had built a 27-point advantage, its largest of the game.

Although proud of its second half effort, Collins said that his team has a long journey ahead that will continue when Fairfield comes to Welsh-Ryan Arena Wednesday night.

“At the end of the day we’re 1-0, and we have a long way to go,” Collins said. “We’re certainly not a finished product, but I’m proud of the way our guys responded in the second half tonight.”