Northwestern Rises to #21 in Coaches’ Poll

Posted on November 15, 2015 by Michael Stern Leave a comment

Northwestern eeked out a win over Purdue on Saturday, but thanks to other losses in the top 25, the Wildcats still moved up three spots to number 21. 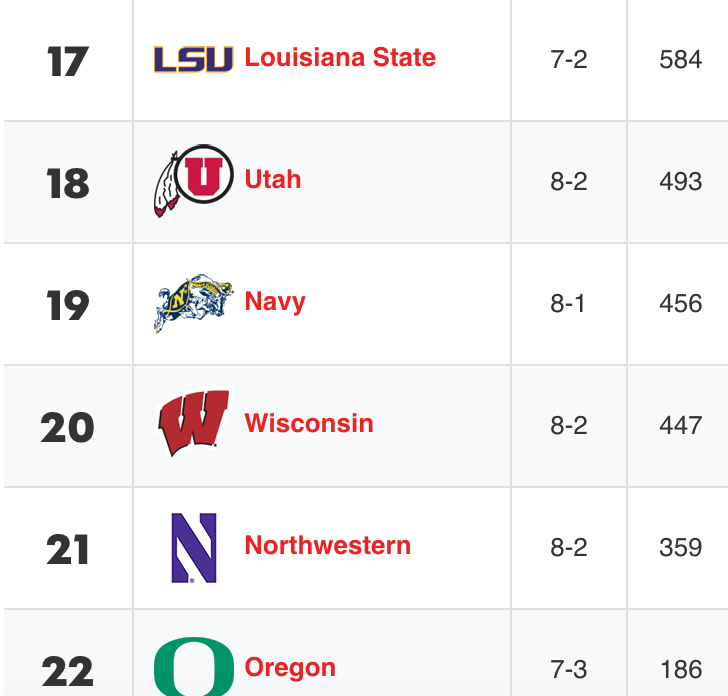 Northwestern remains one of six Big Ten teams in the poll and sits just behind their opponent next Saturday, Wisconsin. Ohio State fell out of the top spot and traded places with Clemson, while Iowa (number six) and Michigan (number 13) each moved up two spots after close victories. Michigan State took the biggest jump of the Big Ten teams, climbing five spots to number nine and setting up a top-ten matchup with Ohio State on Saturday.

Northwestern’s best victory of the season came in week one against Stanford, but the Cardinal lost to Oregon and fell to number 15.