Around the Big Ten: Week 12 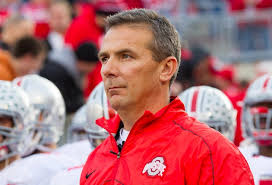 There’s finally a full schedule again in the Big Ten, which means it’s time for the triumphant return of “Ben Goren Giving Random And Unsubstantiated Takes About Big Ten Games.” Well, I know I’m excited. This is a heck of a week for Big Ten Football. Let’s just get right into it.

Army is 2-8 and one of the worst teams in college football. Rutgers is favored by less than a touchdown. That tells you all you need to know about the Scarlet Knights. The Big Ten has two of these “schadenfreude” games. This is the more painful one.

Yeah…Purdue sucks. But Iowa is No.5 in the entire country! And while it would take a 13-0 season for them to get into the CFP, that’s still entirely within the realm of possibility. I don’t think Iowa is the fifth-best team in the country, but they probably have a top-6 resume. It’s going to be a bummer when they eventually lose, but that shouldn’t take anything away from what’s been a dream season in Iowa City.

OH BOY, WHO’S READY FOR TWO WINLESS BIG TEN TEAMS TO DO BATTLE??? Actually, this game means a lot for Indiana. With Purdue still on the schedule and Indiana sitting at 4-6, there’s still a chance Indiana gets into a bowl game this year. I’m a little surprised Indiana isn’t favored in this game. It might not be a pretty game, but I get the feeling one team wants it significantly more than the other. Go Hoosiers.

Minnesota’s offense, in recent weeks, has looked nothing like the unit that showed up in Evanston and got blanked. Mitch Leidner looks competent, Shannon Brooks is a dynamic freshman and K.J. Maye is a useful wideout. Illinois, despite being loved by advanced stats, is still a deeply flawed team. And they’re probably looking ahead to the Big Hat game next week.

Ummmm how is this only a four-point spread? Michigan is as impressive a two-loss team as there is in the country. And Penn State? Who have they actually beaten? Illinois? Penn State is going to end up 7-5 and be the most ho-hum team ever. They’ve beaten seven bad teams and have lost to everyone who is better than mediocre.

GAME OF THE WEEK TIME. Seriously this game is so fun. D’Antonio vs Meyer. Cook vs Barrett. Elliott versus the laws of gravity. Joey Bosa versus probably four Spartans at once. I think Ohio State wins, and wins comfortably, but this game is just such a treat. Ohio State still hasn’t put it all together this year, but I get the feeling they’ve been saving some looks for this game. Expect Braxton Miller to go off.