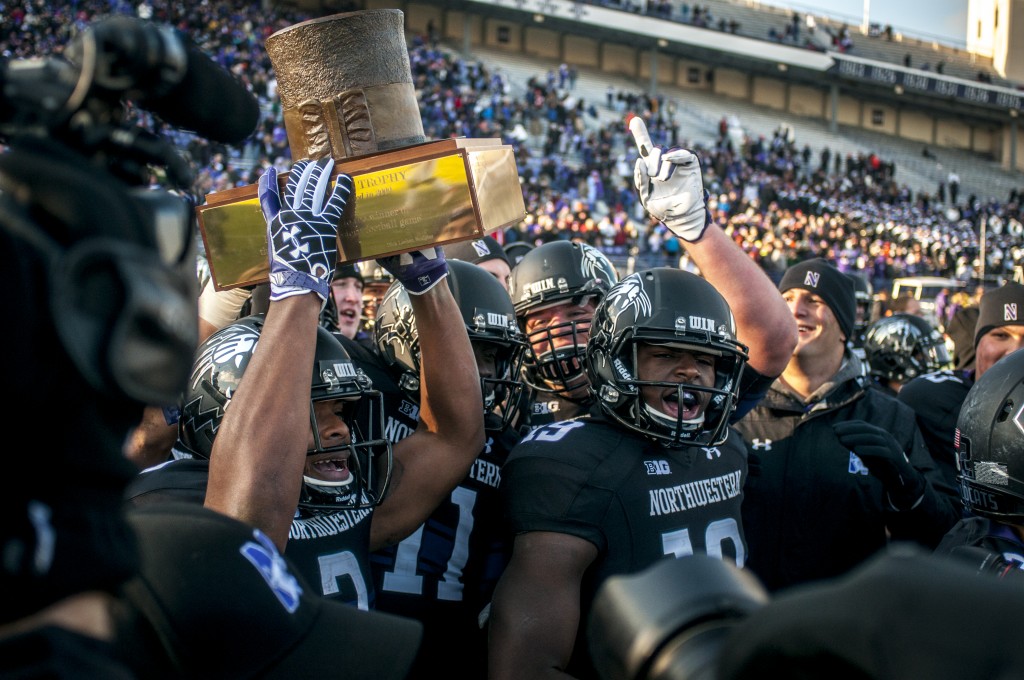 It was a shootout, then a blowout, then a snooze fet, then a super nerve racking finish.  The fun thing about Northwestern is that a 14 point lead feels super safe, but a 7 point lead is anyone’s game.  It’s not fun as a fan and I imagine it’s equally unfun as a coach.  And yet, Northwestern is 10 AND FREAKING 2 Y’ALL HOLY COW.  The dream of the winningest season in school history is still alive.  The debate about whether this team is as good as the other great teams at Northwestern can be had at another time.  This team wins close games. And they’ve done it enough times now that it’s a trend.  Let’s break it down.